Dr. Harvey Cushing employed a team of educated women who assisted him with everything from stenography to tumor diagnosis.

These working women were indispensable to Cushing; their contributions are evident throughout his published works, as well as his personal letters and diaries. Likewise, much of what we know about Dr. Cushing's career and daily life comes from the correspondence, diaries, and records maintained by these women, since he spent more time with them than he did with his own family. 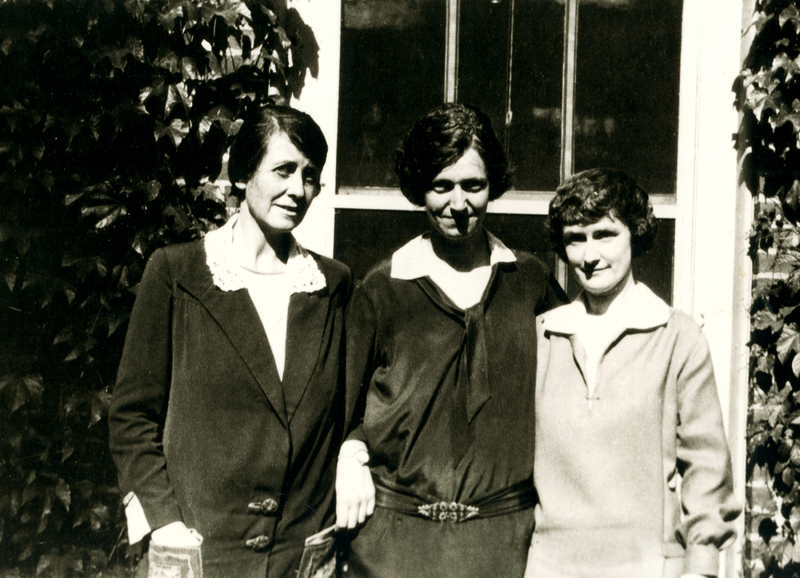 Julia Hayden Shepley (1889-1987) was hired as a secretary by Cushing in 1915 while he was working at the Peter Bent Brigham Hospital in Boston. In 1917, she accompanied Cushing to Base Hospital No. 5 in France, where he was serving in the U.S. Army Medical Corps. After the war, Shepley worked on Cushing’s biography of Sir William Osler. She retired from Cushing’s service around 1927, and later opened an antique shop on Cape Cod, Massachusetts. She died in Bourne, Massachusetts at the age of 97. 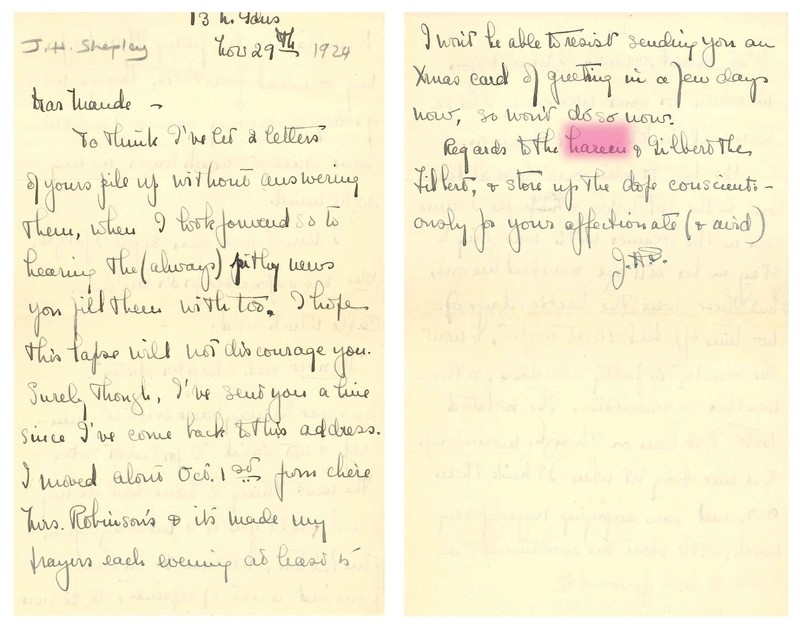 The women who supported Dr. Cushing jokingly referred to themselves as "the harem," as shown in this 1924 letter sent from Julia Shepley to Madeline Stanton. The last paragraph reads: "Regards to the harem & Gilbert the Filbert [Dr. Gilbert Horrax, one of Cushing's surgical assistants] & store up the dope [gossip] conscientiously for your affectionate (& avid) J.H.S"

Historian Michael Bliss, who drew heavily on the correspondence between Cushing's assistants as sources for his biography of Cushing, notes: "There were no overt sexual connotations in their joking about being a harem, though often a sense that they were giving the best part of their lives to serving a very demanding man."

Three of Dr. Cushing's assistants, in particular, are remembered not only for their proximity to the famed neurosurgeon, but also as leading lights in their own respective fields, with careers extending decades beyond Dr. Cushing's death in 1939.

Madeline Stanton (top), who worked as Cushing's secretary, played a major role in the organization and development of the historical collections at the Yale Medical Library, now the Cushing/Whitney Medical Library. (Photograph courtesy of the Harvard Medical School Archives.)

Mildred Codding (middle), a medical illustrator who worked with Cushing from 1928 until his retirement from the Peter Bent Brigham Hospital in 1932, provided the illustrations for many of Cushing's published works. (Photograph courtesy of the Brigham and Women's Hospital Archives.)

Louise Eisenhardt (bottom), whom Cushing originally hired as an editorial assistant, obtained a medical degree for herself in 1925 and worked as Cushing's pathologist. She was also the curator of the Brain Tumor Registry, Cushing's collection of pathological specimens and patient records, which is now on display at the Cushing Center in the Cushing/Whitney Medical Library. (Photograph courtesy of the Harvard Medical School Archives.)

This exhibition highlights the lives and careers of these exceptional women.