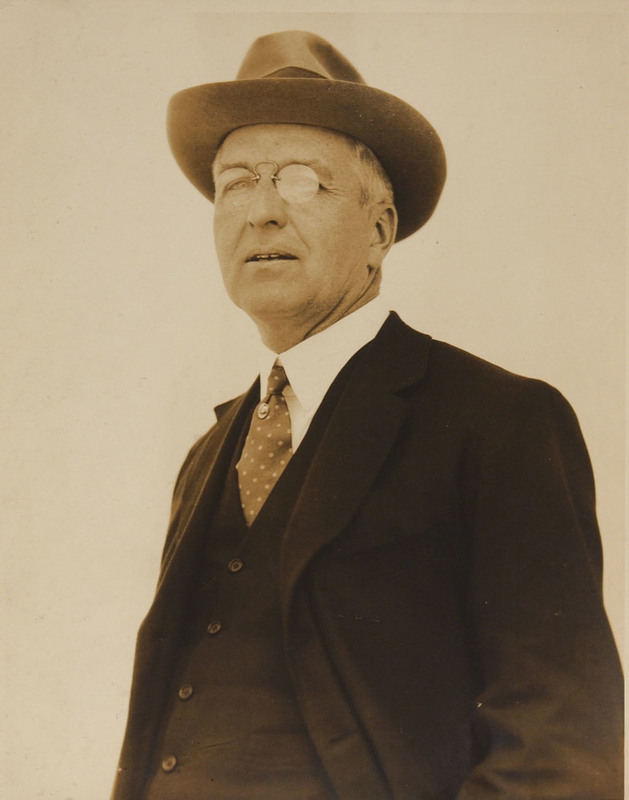 Edward C. Streeter gave his superb collection of books and artifacts on weights and measures to the Historical Library at the time of its opening.  A Yale College graduate of 1898, Streeter took his M.D. at Northwestern. His medical career, spent in practice in Chicago and in bacteriological research at Massachusetts General Hospital, was relatively brief.   During World War I, he served as Quartermaster of the Yale Unit (Mobile Hospital No. 39). George Milton Smith (another early benefactor) was an early companion and Cushing became a good friend when they were both in Boston.  Having studied medical history with Karl Sudhoff, M.D. in Leipzig, Streeter devoted much of his life to scholarship.  Although he published little, he was widely known and consulted for his great erudition concerning the medical humanists and artist/anatomists of the Renaissance.  He settled in Stonington, Connecticut with his family in 1930 and gave history of medicine courses at Yale Medical School. Cushing convinced him to donate his weights & measures collection and associated books to the Historical Library.  Portions of the collection are on permanent exhibit in the corridors and in one of the cases of the Morse Periodical Room. 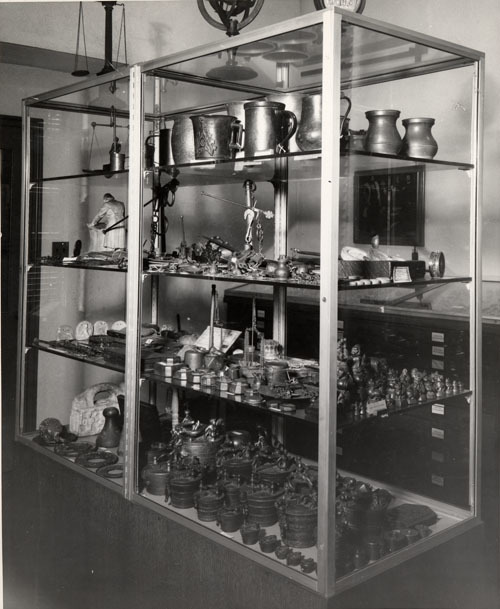 The Streeter Collection of Weights and Measures in 1941

To assure that Streeter’s collection would come to Yale, Wilmarth Lewis, a friend and member of the Yale Corporation, purchased the cases and drawers still in use. Streeter arranged the materials himself for the official opening of the Medical Library in 1941. 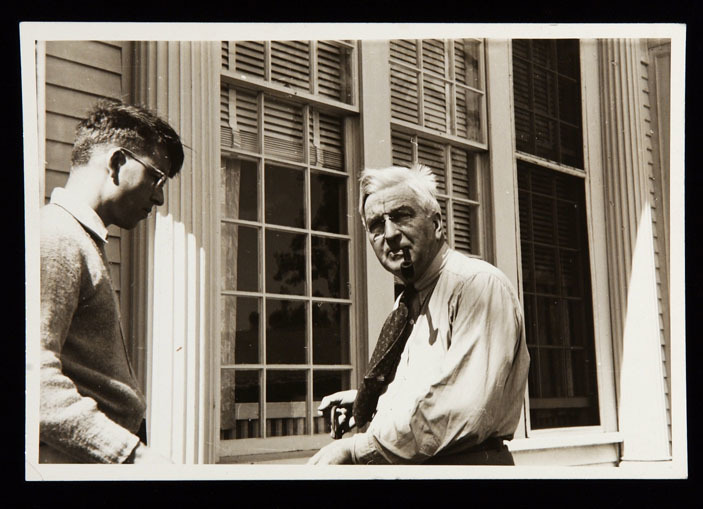 Edward Streeter and his son John, 1941

John Streeter served for many years as curator of the Streeter Collection. 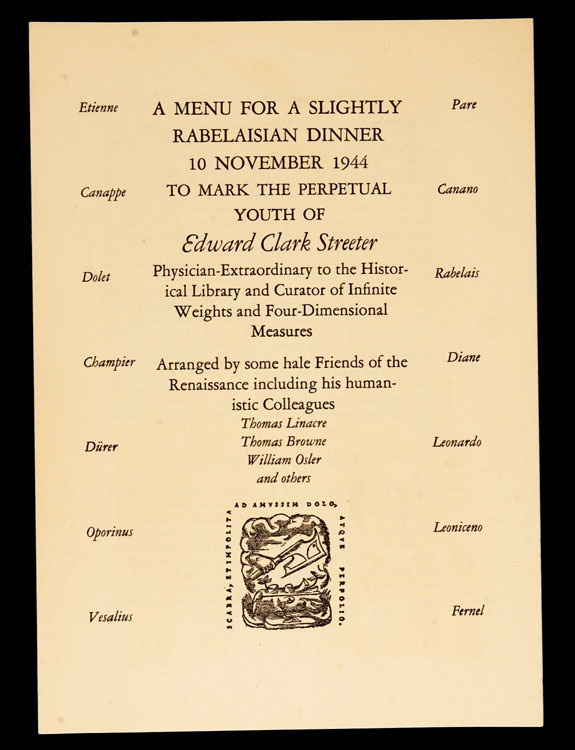 Menu for “Rabelaisian” dinner in honor of Streeter, 1944

Streeter’s love of Renaissance history, and especially of the physician/writer Rabelais, 1490-1553, can be seen in the humorous design of this menu. 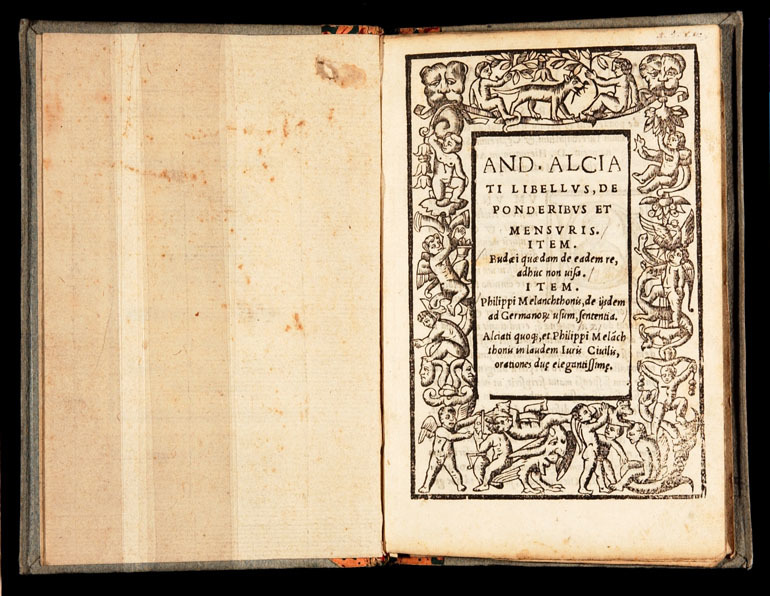 An early work on weights and measures donated by Streeter. 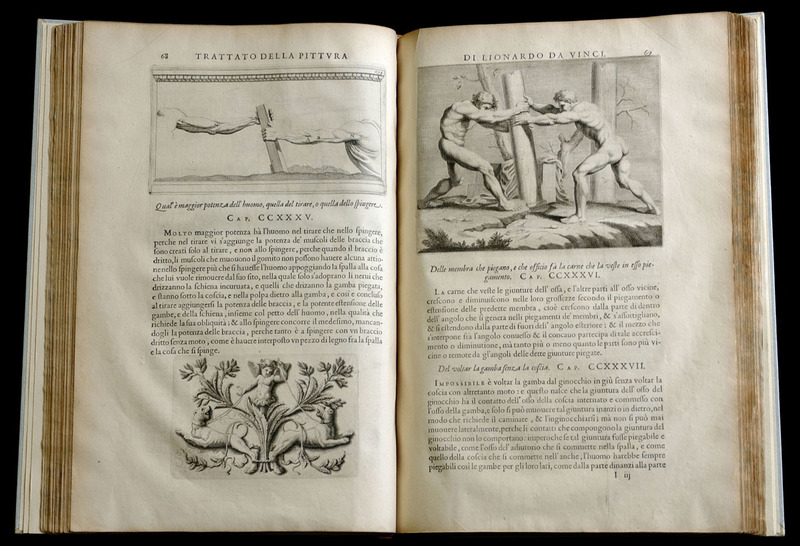 The great artist/anatomist Leonardo was one of Streeter’s Renaissance men to appear on the menu for a “Rabelaisian” dinner in Streeter’s honor.  This book and the French edition of the same year were the first works to be published under Leonardo’s name and based on his notebooks. 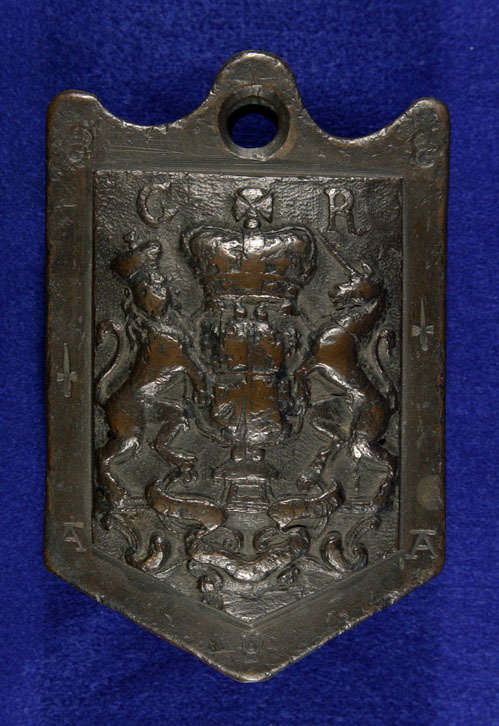 Wool Weight, dating from the early years
of the reign of George I, circa 1715

Purchased by Streeter from a London dealer in 1926. 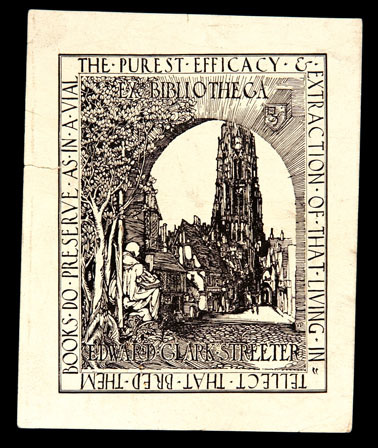 It is not clear how much Streeter used this elaborate and artistic plate, for it is not found in the books Streeter left to Yale. Usually Streeter's books were marked by a simple name stamp. 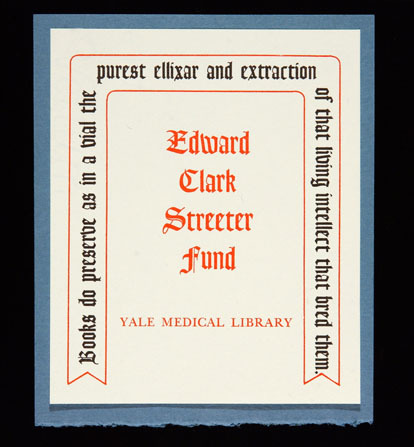 The fund is used for books for the Historical Library in Streeter’s areas of interest.