“Even in an era of technological leaps, the possibilities for quantum science inspire awe. The research taking place on our campus is blazing a path toward great discovery."

Beginning with pioneering work starting in the 1980s to the development of today’s quantum information processors, Yale University holds a leadership role in quantum. Interdisciplinary quantum research bridges disciplines and includes the departments of Physics, Applied Physics, Chemistry, Computer Science, and Electrical and Mechanical Engineering. This exhibit celebrates the University’s achievements in advancing our fundamental understanding of quantum science and engineering and turning quantum physics into practical technologies. Please explore these pages to discover profiles of quantum researchers, highlighting faculty authored readings, illustrations of fundamental instruments and equipment, and entrepreneurial ventures. Yale has identified the science and technology associated with quantum as a priority idea with plans to expand the Yale Quantum Institute (YQI), founded in 2014 and launched in 2015, into a University-wide initiative. In recognition of this investment, Marx Science and Social Science Library | Yale University Library has partnered with YQI and departments and centers across campus to showcase quantum science and to celebrate Quantum Week at Yale from April 8-14, 2022. 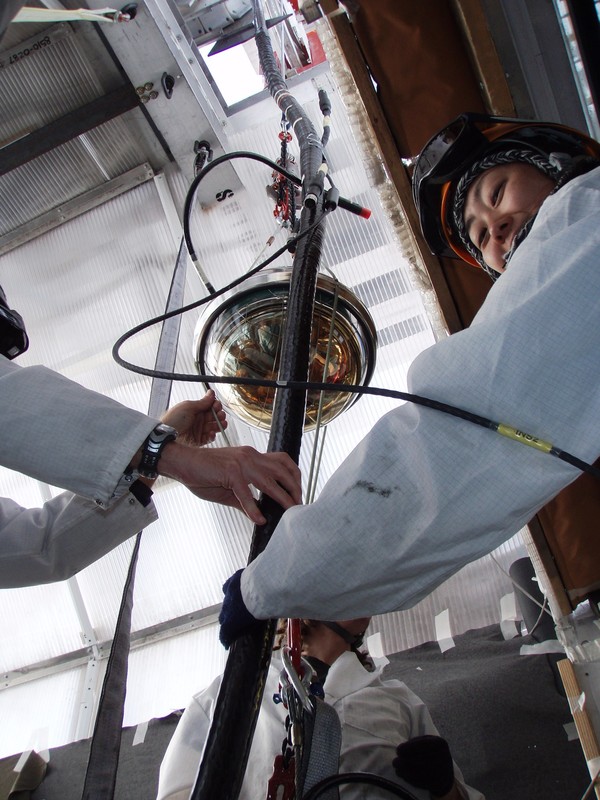 Reina Maruyama, Professor of Physics and of Astronomy, and Digital Optical Deployment for IceCube Neutrino Observatory at the South Pole in 2011.