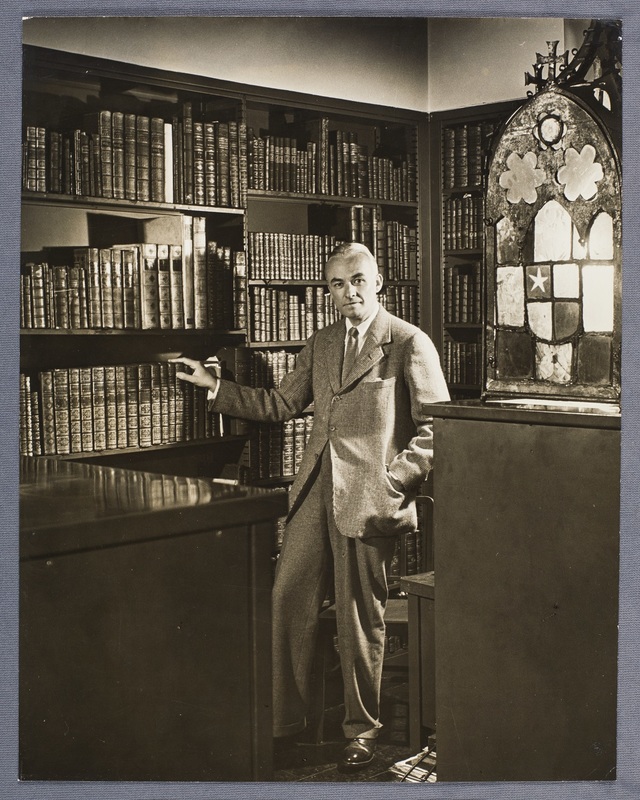 Wilmarth Sheldon “Lefty” Lewis (1895–1979) devoted his life to creating the world’s greatest collection relating to Horace Walpole (1717–97), the writer, collector and historian. He also championed Walpole’s importance as a figure in English eighteenth-century cultural and political life, doing so most effectively as general editor and guiding spirit of the Yale Edition of Horace Walpole’s Correspondence, whose 48 volumes have been widely acknowledged as a model of scholarship.

This exhibition traces Lewis’s life and obsession with Walpole, showing how the Yale graduate of 1918 created at Farmington and at the editorial offices in New Haven the center of Walpole studies, ultimately transforming perceptions of Walpole and of his age. What began as one collector’s all-consuming passion evolved into the cooperative endeavor of the Yale Correspondence.

The heart of this operation was 154 Main Street Farmington, the house Lewis bought in 1926, successively expanded to provide additional library space. Two years after its original purchase he married Annie Burr Auchincloss, with whom he enjoyed a close and mutually supportive partnership that lasted until her death in 1959.

The essential quality of Lewis’s collecting was that his obsession was underlain by meticulous application and method, and deployed with persuasive charm—a charm apparent from Lewis’s engaging memoirs Collector’s Progress (1951). No owner of important Walpoliana could expect to escape some approach, and even institutions were persuaded to exchange Walpole items for material more relevant to them.

As early as 1950 he had decided to leave the collection to Yale University as an endowed research library. It has since his death grown and flourished as Yale in Farmington, realizing his vision.