On January 22, 1956 Yale University President A. Whitney Griswold announced a new program leading to the Master of Science in Nursing degree. 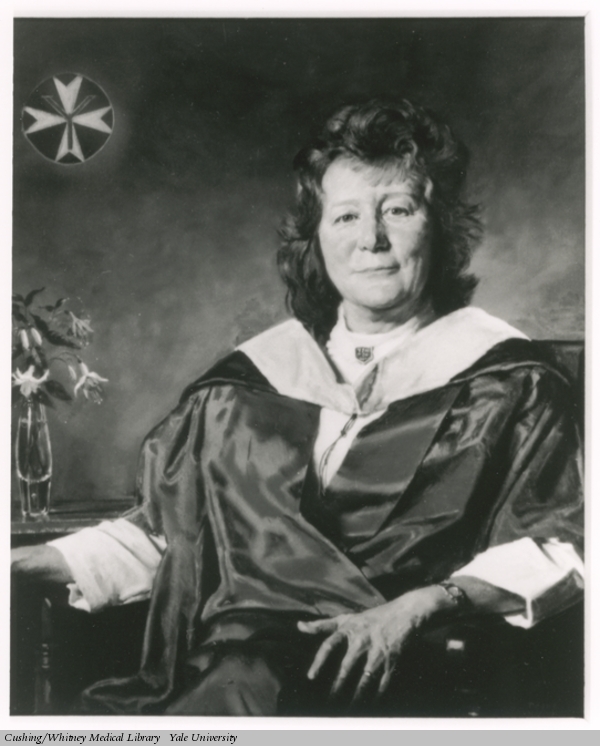 Florence Schorske Wald was born in New York City in 1917. She received a Bachelor of Arts degree from Mt. Holyoke College in 1938, a Master of Nursing degree from Yale University in 1941, and a Master of Science degree from Yale University in 1956. She was awarded an honorary Doctor of Law degree from the University of Bridgeport in 1967, an honorary Doctor of Humane Letters from Mt. Holyoke College in 1978, and an honorary Doctor of Medical Sciences from Yale University in 1995. Wald joined the faculty of Yale School of Nursing as assistant professor of psychiatric nursing in 1957, became acting dean in 1958, and was appointed the fourth dean of the Yale School of Nursing in 1959. After stepping down as dean in 1967, Wald continued to serve on the faculty of the School of Nursing. A pioneer of the hospice movement in the United States and founder of Hospice Care in America, she was a board member of Hospice in Branford. Wald died in 2008. 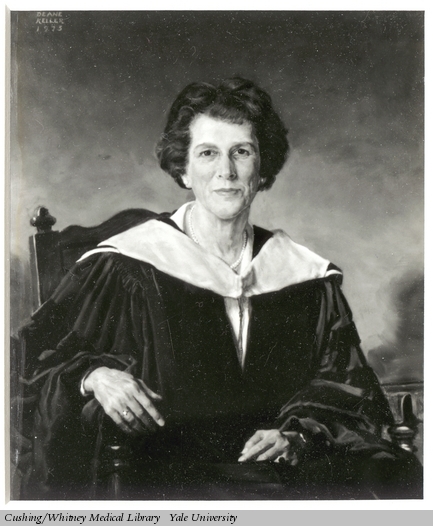 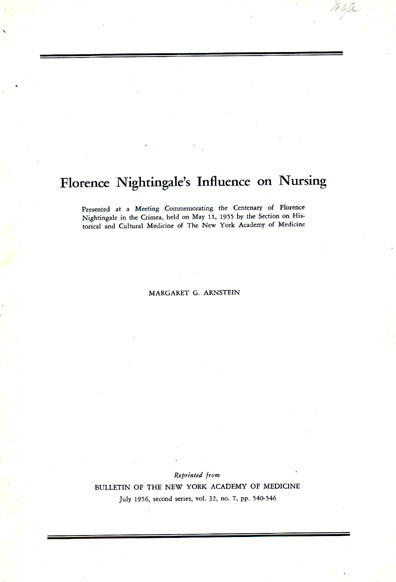 Margaret Gene Arnstein was born in New York City in 1904. She received a Bachelor of Arts degree from Smith College in 1925, a nursing diploma from Presbyterian Hospital School of Nursing in New York City in 1928, a Master of Arts degree in Public Health Nursing from Teachers College, Columbia University in 1929, and a Master of Public Health from The Johns Hopkins University in 1934. She was the recipient of honorary Doctor of Science degrees from Smith College in 1950, from Wayne State University in 1962, and from the University of Michigan in 1972. Before becoming dean of the Yale School of Nursing in 1967, Arnstein served in a number of public health positions, including director and chief of the Division of Nursing at the United States Public Health Service. She influenced public health nursing, nursing education, and the application of systematic research in nursing and health care. Arnstein died in 1972. 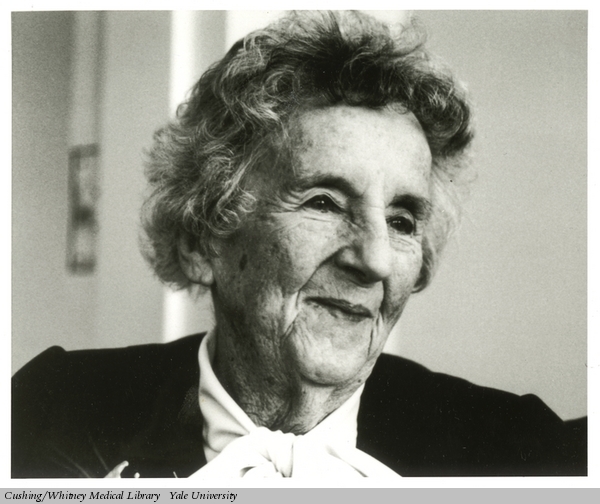 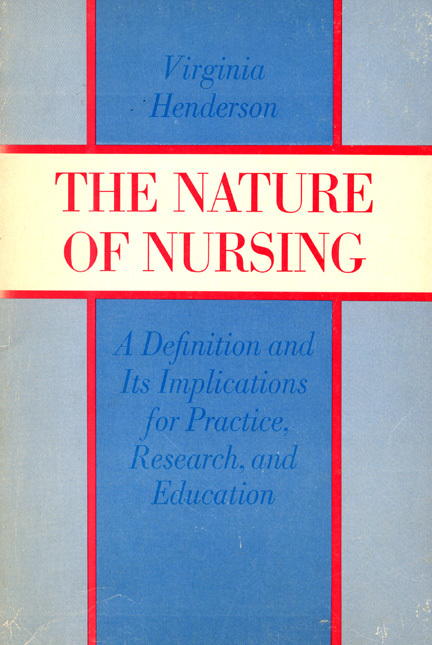 Virginia Henderson, called the "first lady of nursing" and the "first truly international nurse," was an outstanding teacher. She received honorary degrees from thirteen universities and was a member of the American Nursing Association Hall of Fame. Virginia A. Henderson held the position of Research Associate from 1953 to 1971 and Research Associate Emeritus from 1971 to 1996 at the Yale School of Nursing. Her publications include the revision of Bertha Harmer's Textbook of the Principles and Practice of Nursing, Nursing Research, A Survey and Assessment, in collaboration with Leo Simonds, and The Nursing Studies Index. The Nature of Nursing, published in 1966, synthesizes her beliefs about the essence of nursing as a profession. 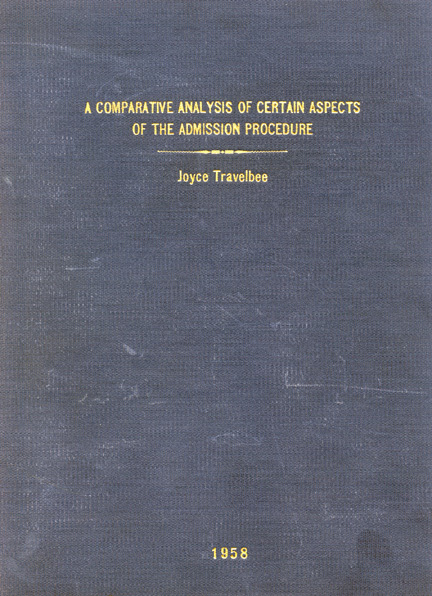 The MSN degree required, for the first time, a nursing thesis. One of the earliest MSN theses is shown here. 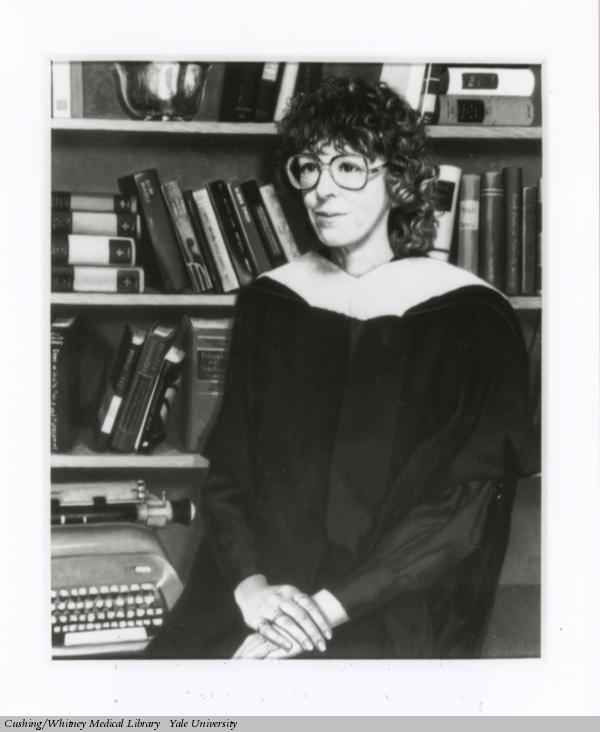 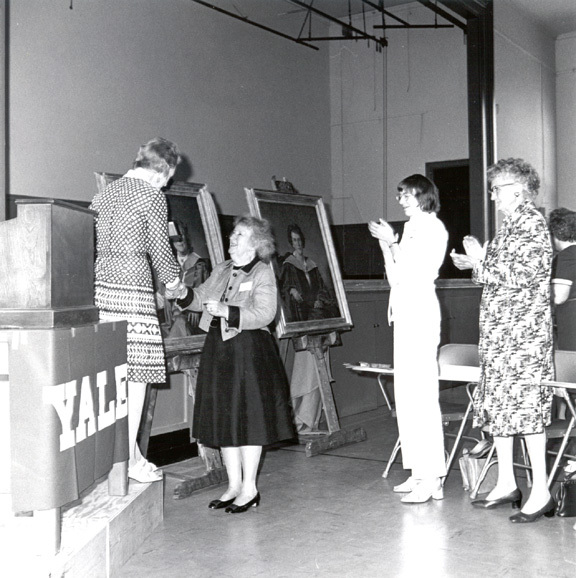 Donna Kaye Diers was born in Sheridan, Wyoming. She received her Bachelor of Science in Nursing from the University of Denver in 1960 and her Master of Science in Nursing from Yale University in 1964. She served on the faculty of the Yale School of Nursing in a variety of positions before becoming its sixth dean in 1972. After stepping down as dean, she continued to serve on the faculty and, in 1990, she became the first Annie W. Goodrich Professor of Nursing at Yale University. Diers died in 2013.

The lower image depicts Dean Donna Diers and Virginia Henderson at the 50th Anniversary celebration of the Yale School of Nursing in 1973. 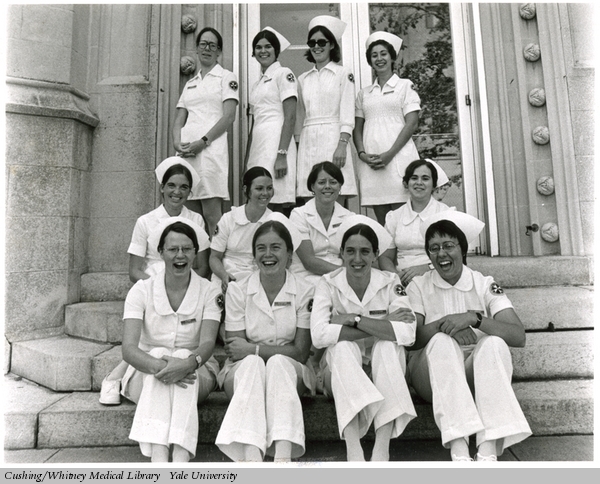 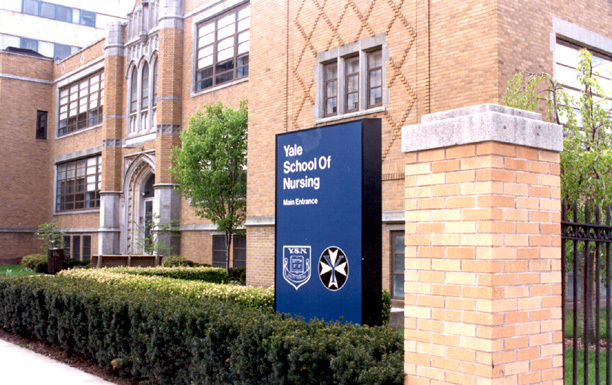 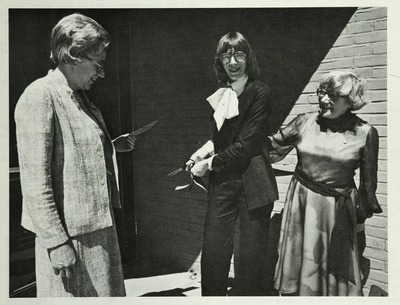 The School of Nursing had long desired a building of its own. During the 1940s enrollment peaked and the students needed more adequate housing. By the 1960s the need for space for faculty, administrative offices, and classrooms had become critical. By 1970 the School moved to St. John's School at 38 South Street. The renovation was completed in June 1977 and the dedication was held on June 4, 1977. The renovated space included a new entrance and the address changed to 855 Howard Avenue. 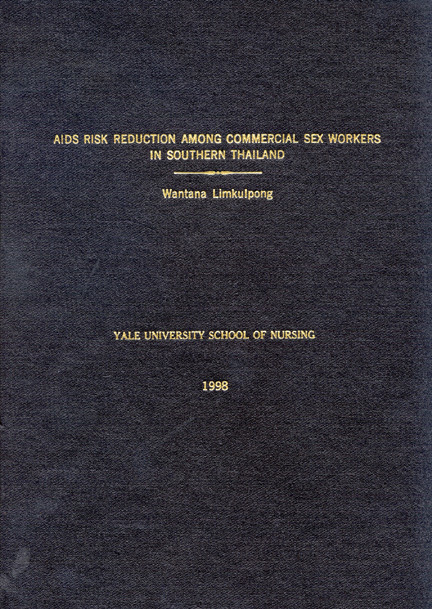 The Doctor of Nursing Science Program admitted its first class in 1994 under the direction of Margaret Grey '76, Associate Dean for Research and Doctoral Studies, who would in 2005 become the Dean of the School of Nursing. The first doctoral dissertation defense was by Wantana Limkulpong in April 1998, whose thesis is shown here, and the first DNSc was conferred to three graduates during commencement the end of May 1998. 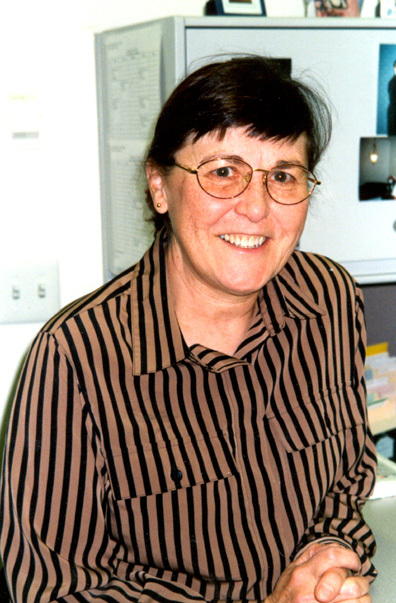 Ruth McCorkle, a pioneer in oncology nursing, became the Chair of the Doctoral Program in 1998, a position she held until 2004. She also founded the Center for Excellence in Chronic Illness Care at Yale. McCorkle graduated with a nursing diploma from Maryland General Hospital. She received her Bachelor of Science degree from the University of Maryland and her Masters and Doctorate degrees from the University of Iowa. In 1979, she was elected fellow of the American Academy of Nursing and, in 1990, she was elected to the Institute of Medicine, National Academy of Sciences. Before joining the nursing faculty at Yale, she directed the University of Pennsylvania's Center for Advancing Care in Serious Illness. In 2001, she became the first Florence Schorske Wald Professor at Yale School of Nursing. 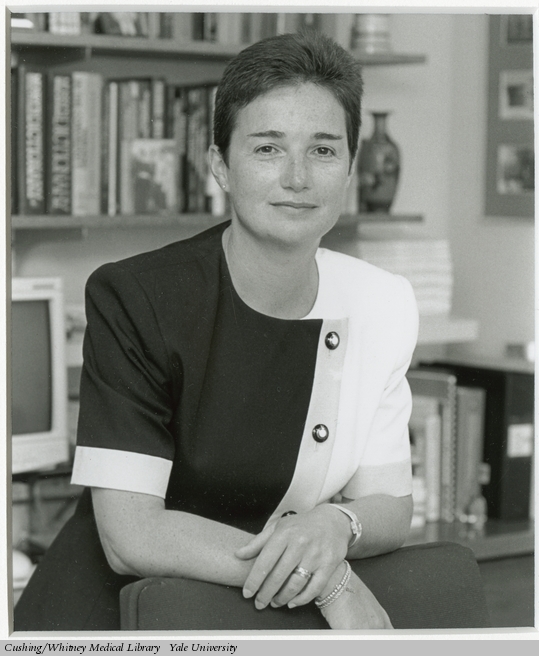 Judith Belliveau was born in Malden, Massachusetts. She received her Bachelor of Science degree from Boston College in 1968 and her Master of Sciences in Nursing degree from Yale University in 1970. She joined the faculty of the Yale School of Nursing in 1974 and became its dean in 1985. She served as editor of Psychiatric Nursing Forum from 1984 to 1985, and as editor of the Archives of Psychiatric Nursing from 1987 until 2005. 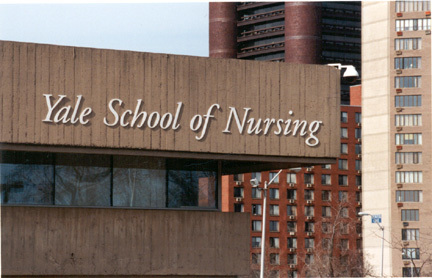 The Yale School of Nursing occupied temporary quarters in the Grace Education Building from 1990 until it moved into the former Lee High School at 100 Church Street South. The dedication took place on June 7, 1996. 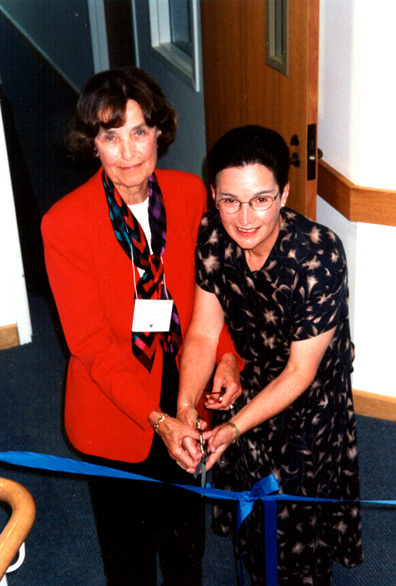 The Yale School of Nursing celebrated its 75th anniversary in 1998.

Dean Judy Krauss and Shirley Johnson Greenwald are shown here at the ribbon cutting ceremony marking the naming of the staircase at the new Yale School of Nursing building at 100 Church Street South in memory of William Greenwald Jr., during the 75th Anniversary celebration.