The Black Panthers and the FBI 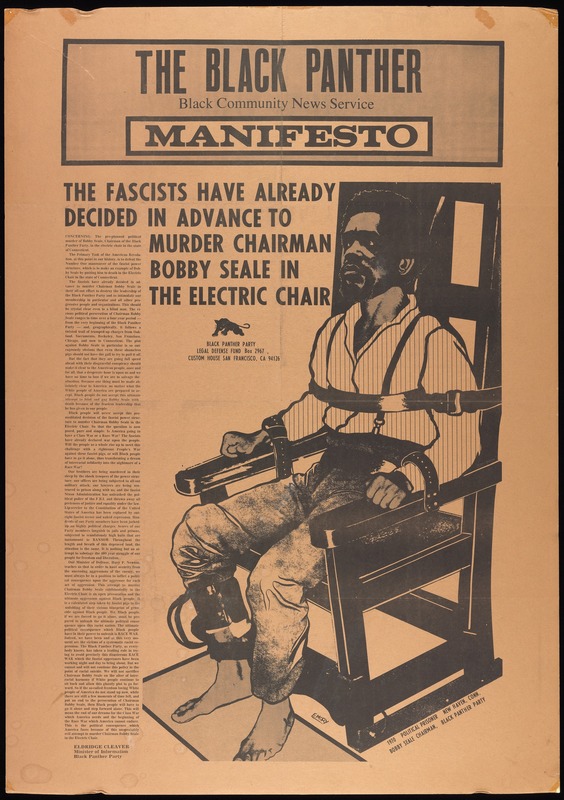 Black Panther manifesto, with a depiction of Black Panther Party Chairman Bobby Seale in an electric chair, broadside, circa 1970.

The FBI infiltrated and harassed the Black Panther Party across the country, including in New Haven.  FBI documents assembled after their declassification and donated to Yale in 1984 by John R. Williams, an attorney for several of the New Haven Black Panther defendants, show graphically how intensely Panther activity was monitored for several years. FBI Director J. Edgar Hoover believed strongly that “the Black Panther Party, without question, represents the greatest threat to internal security of the country” and marshaled the agency’s resources to counter that perceived threat. The coincidence in May 1969 of Panther leader Bobby Seale’s presence and the execution of Alex Rackley brought New Haven into sharp focus throughout the 1970s in the ongoing cold war between the FBI and the Black Panthers. 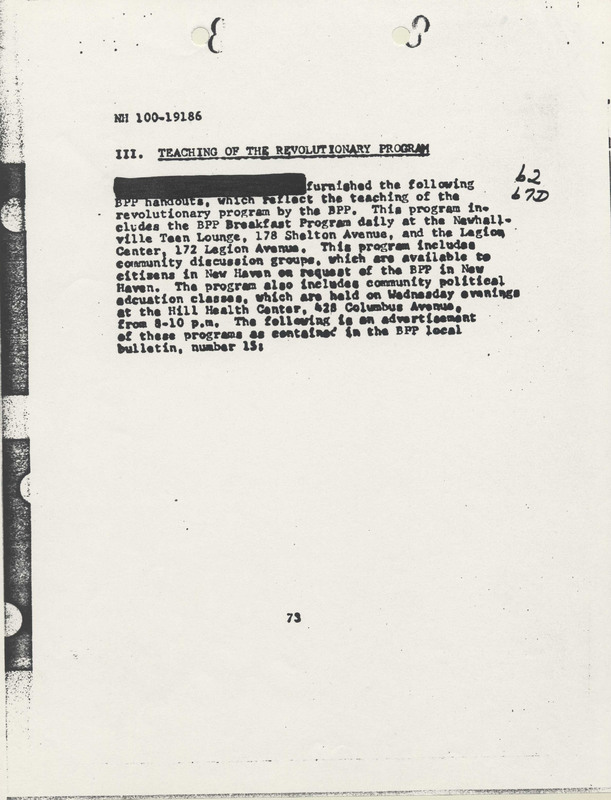 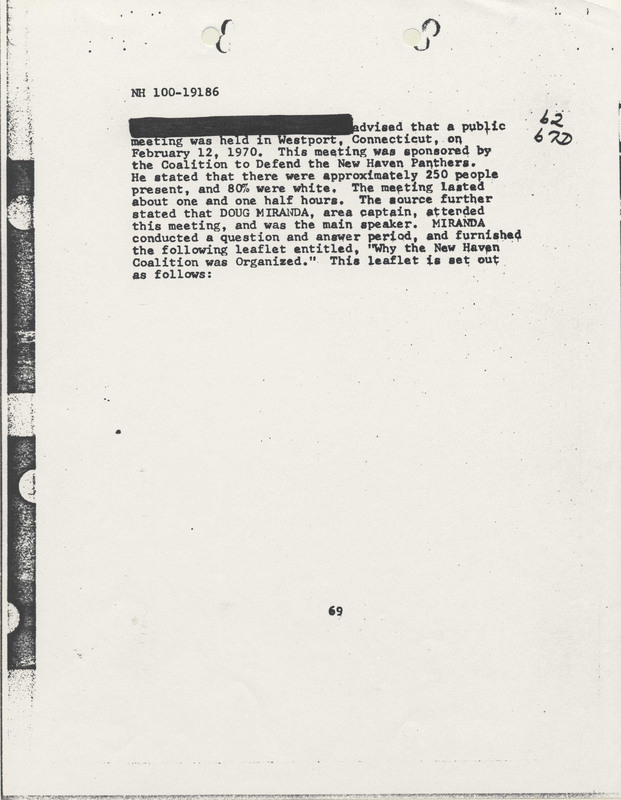