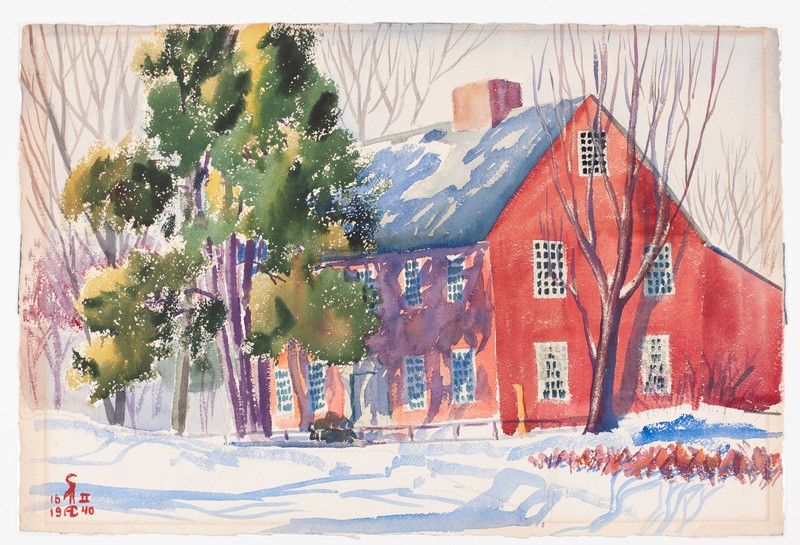 “Deeply aware that her beloved town of Farmington, Connecticut, was a kind of microcosm of the best of village life in eighteenth century New England, she realized to the full that in its unity lay an important part of its deep cultural significance.” (American Scenic and Historic Preservation Society Citation Letter, addressed to W.S. Lewis, July 22, 1959)

Annie Burr’s dedication to preserving the town’s historical heritage cannot be overstated. In her day as now, Farmington was renowned for its colonial and federal New England architecture. It was the subject of the book Farmington, Connecticut: The Village of Beautiful Homes, published in 1906, and during the Depression, an architectural survey of some of the most historically important properties was undertaken by the WPA.

Annie Burr Lewis’s interest in historic houses, enthusiasm for photography, and commitment to the community merged in a project she undertook in the early 1950s with Town Historian Mabel Hurlburt to document the "beautiful homes" in Farmington. Now known as the “File of Farmington Homes” the records of the project are housed in the Farmington Room at the Farmington Public Library and have been digitized and may be browsed online. Annie Burr is still recognized for the project on the Farmington library’s website. The Farmington Village Green and Library Association chose to use the memorial donations that came after her death to continue the work of recording the town's historical architectural heritage. 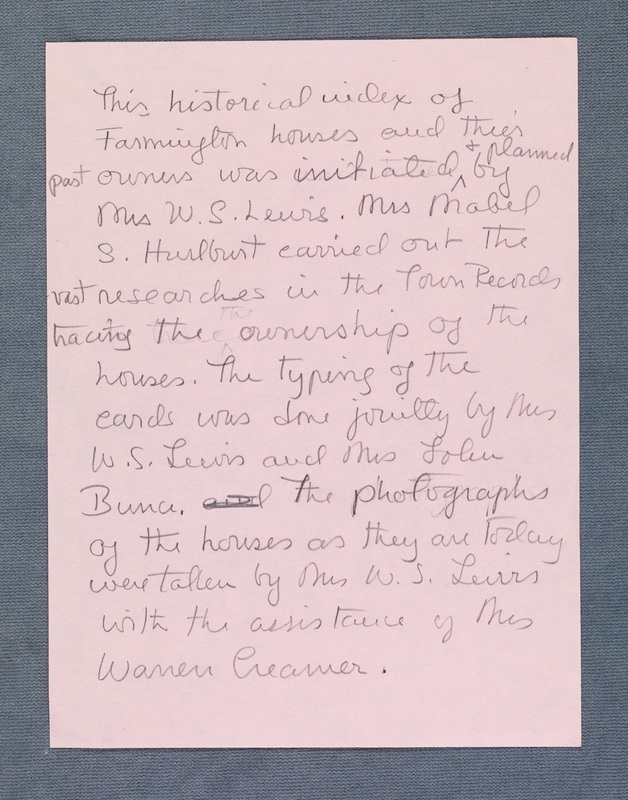 Manuscript notes on the history of the File of Farmington Houses, 1955 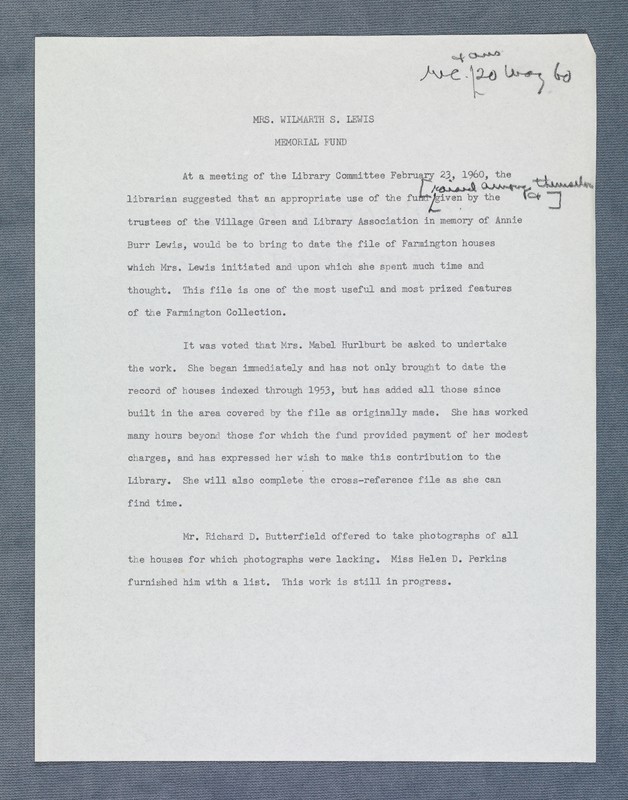