It was something of a family tradition for the women in Annie Burr’s family to attend Miss Porter’s School in Farmington. Both her mother and aunt were “ancients,” as alumnae were and still are called, as were her sister, Esther, and her nieces and step-nieces, arguably the most famous of whom was Jacqueline Bouvier Kennedy, and on down the line. Her aunt Annie Burr Jennings was particularly devoted to “Farmington,” as the school is called by those who attend it, and according to Annie Burr Lewis, kept a photo of Miss Porter in every room in her large house in Fairfield.

Annie Burr Lewis remained deeply involved with the school throughout her life, supporting it with financial gifts, serving on numerous committees, being elected the first president of the Alumnae Association, and welcoming her fellow ancients during reunion visits to Farmington. She established scholarship funds in her mother’s and aunt’s memories and some years later, in lieu of her annual scholarship fund donation, proposed a large gift to the new Centennial Fund to ensure that it would reach its goal and thus enable the school to move on to fundraising for an endowment fund to increase the “shockingly low” salaries of teachers. Annie Burr Lewis was posthumously presented with the Daisy Pin, one of the first group of women so honored for their “outstanding service to Miss Porter’s School.”

When the Furnishing and Decorating Committee gathered to consult on a new dining room, designed by architect and Lewis friend Richard Kimball, Annie Burr hosted the meeting in her home. Prominent interior decorator Elisabeth Draper presented two proposals for the room, and Annie Burr underwrote the cost of Draper’s bill as well as that of a new carpet for one of the school’s historical houses. 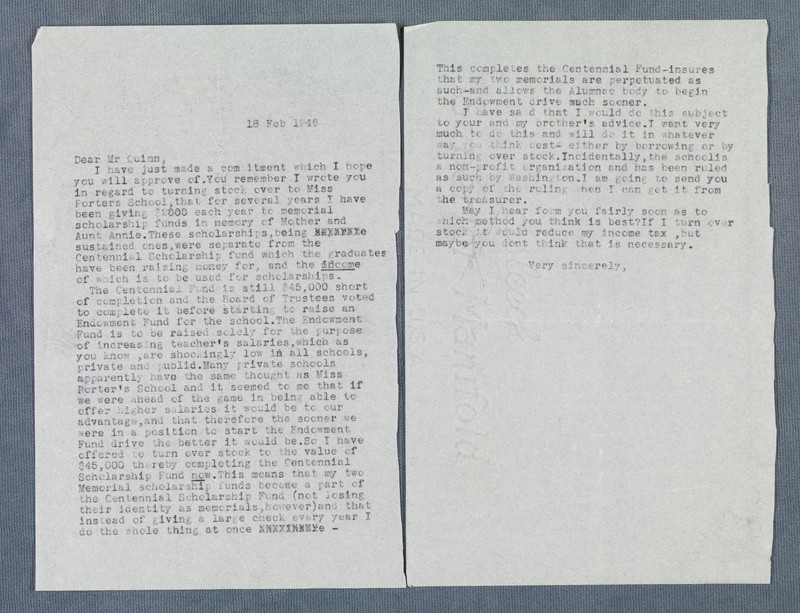 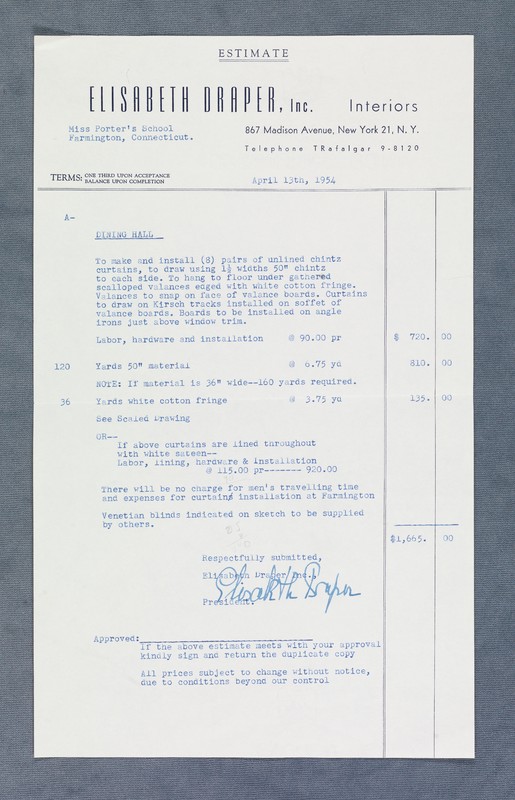 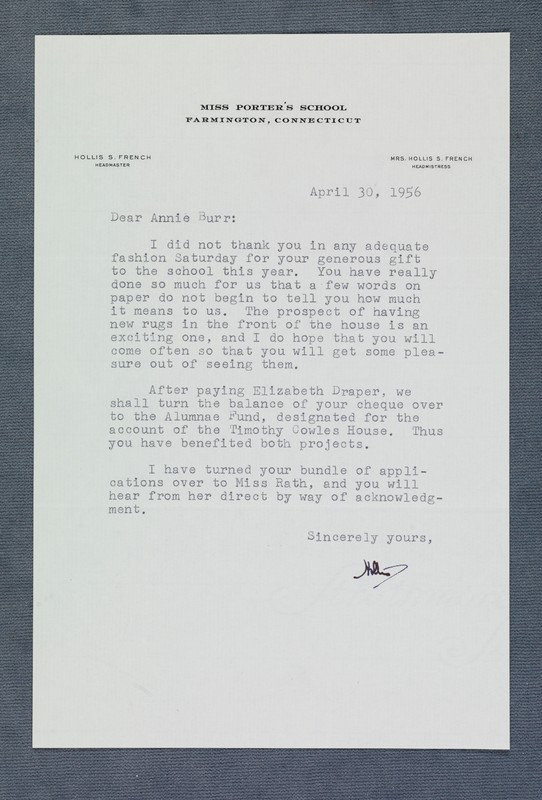 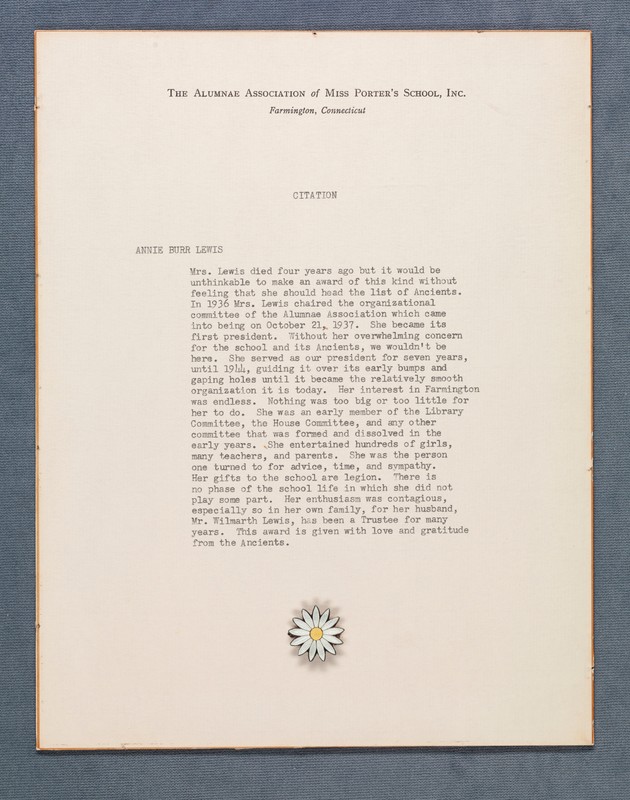