Knight Errant of the Distressed: Horace Walpole and Philanthropy in Eighteenth-Century London 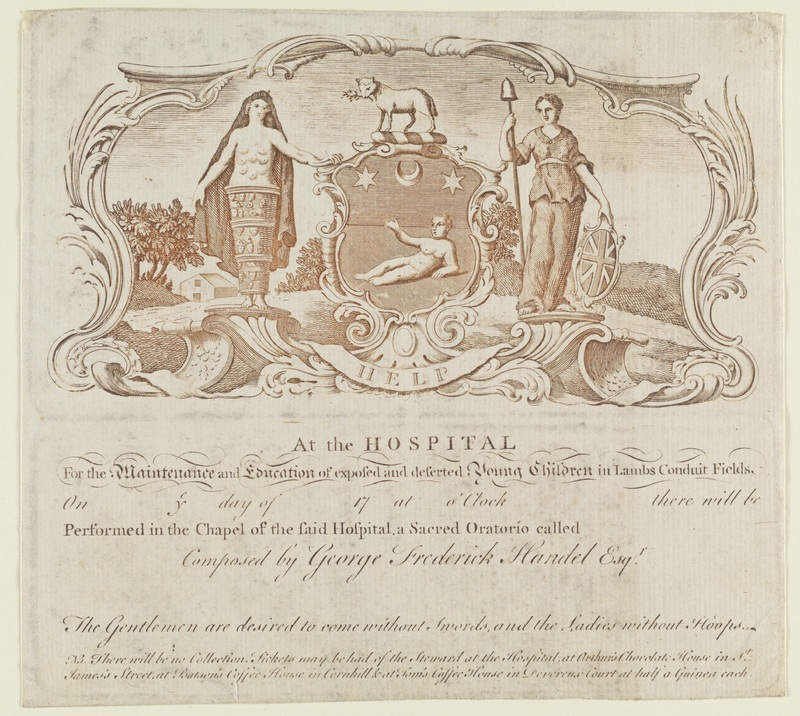 Horace Walpole lived in an age that prided itself on the extent of its philanthropy. His friend Hannah More described the era as the “age of benevolence.” Yet while Walpole was familiar with many leading philanthropists, he is not known as a supporter of good causes himself; indeed, after his death, he was accused of being uncharitable and even blamed for the suicide of the young poet Thomas Chatterton, who had sought Walpole’s financial assistance in vain.

This exhibition seeks to situate Walpole in the context of eighteenth-century British philanthropy. An array of philanthropic organizations, fundraising initiatives, and ad hoc giving formed part of everyday life in Britain under the reigns of George II and III. The rich were expected to support the poor and needy in order to supplement the overstretched parish-based welfare system. Walpole frequently dispatched anonymous donations to victims of misfortune he read about in his daily newspaper.

Walpole was drawn personally toward outlandish cases, and this exhibition portrays his active involvement in several high-profile campaigns, including the ill-fated encounter with Chatterton. Walpole could be disparaging in his remarks about philanthropy, but visitors are encouraged to weigh his private generosity. Walpole regarded philanthropy as a means to cultivate the curious and eccentric, a discernibly queer philanthropic vision in which he himself played the role of “knight errant of the distressed.”

This exhibition was produced in Omeka by Kristen McDonald, Public Services, The Lewis Walpole Library

For questions/comments about the exhibit, please contact The Lewis Walpole Library, walpole@yale.edu