The Rise of Anti-smoking Movements 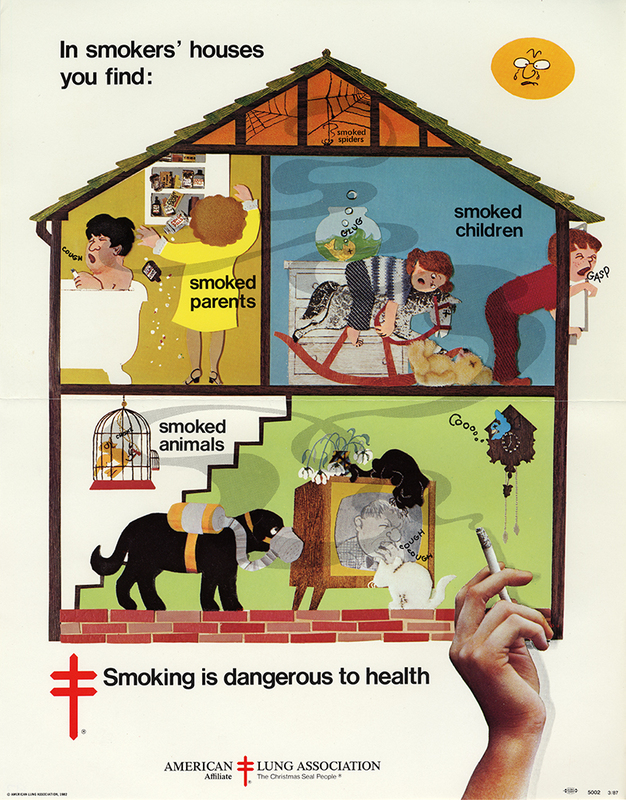 The dangers of secondhand smoke in a house, American Lung Association, 1982

Multiple studies linked smoking to lung cancer in the late 1940s and 1950s. The medical community fiercely debated how and why smoking caused cancer in some people but not others. Before government intervention, anti-smoking efforts were led by non-profit organizations such as the American Cancer Society and the American Lung Association, both concerned with the rapid increase of lung cancer. As early as 1961, the president of the American Cancer Society, along with presidents of the National Tuberculosis Association (later the American Lung Association) and others, issued a letter urging President Kennedy to create a commission that would investigate the health hazards of smoking. The 1964 landmark report Smoking and Health: Report of the Advisory Committee to the Surgeon General of the Public Health Service was the result. Since the 1970s, anti-smoking groups have targeted smoking in the workplace, in public places, and at home.

Pamphlet from the American Cancer Society discussing the dangers of secondhand smoke to unborn children.

In the late 1970s, there was debate inside and outside the medical community about the impact of smoking on the unborn fetus. There were very few studies evaluating smoking and pregnancy, and no clear consensus on whether women should quit smoking altogether when pregnant. While reports from the Surgeon General in the late 1970s discussed the higher risk of low birth weight among other health issues for babies, tobacco companies muddied the debate by noting the lack of clear evidence linking smoking to these problems. In this early pamphlet from the American Cancer Society, the pregnant woman is encouraged to quit smoking for the health of mother and child. 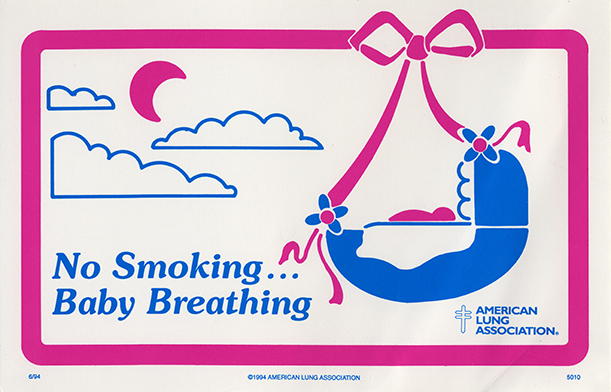 Sign from the American Lung Association discouraging smoking around babies.

By the 1990s, public health campaigns clearly stated how smoking negatively affected babies, and advocated for a smoke-free environment around children. Mothers were strongly encouraged to quit smoking for the health of their children, or risk being stigmatized as a “bad mother.”

In the 1990s, new anti-smoking groups joined in the battle against big tobacco, using different tactics to gain support for the movement. Activists called for boycotts of tobacco companies and their affiliates, especially those known for cigarette marketing to children. Other groups used wry humor in the context of well-known cigarette advertisements, slapping public health messages onto Marlboro cowboys or Joe Camels. Some anti-smoking campaigns portrayed smoke-damaged and diseased body parts in an effort to scare smokers off cigarettes. 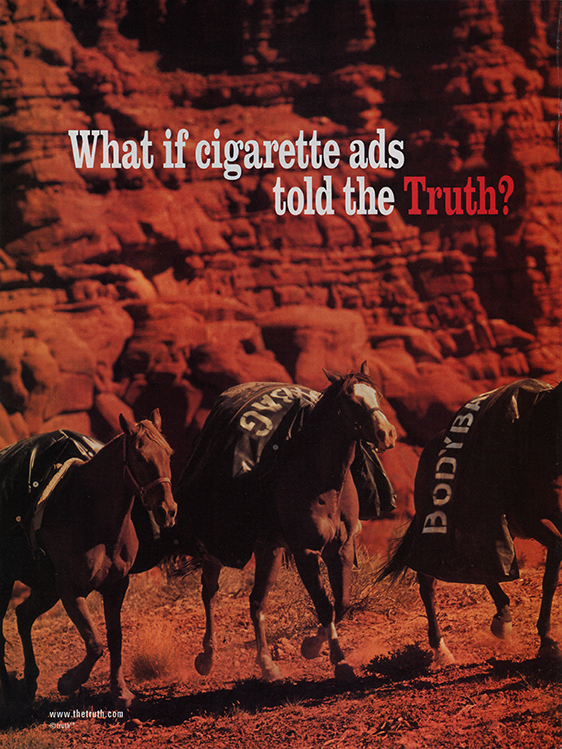 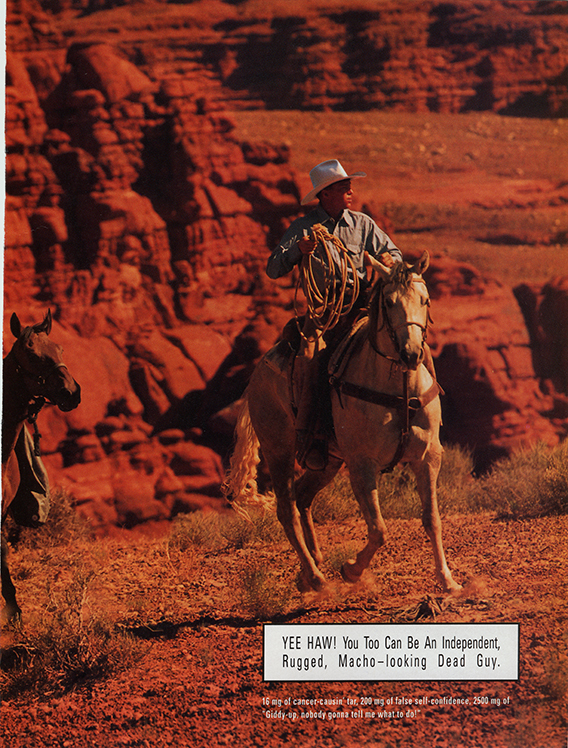 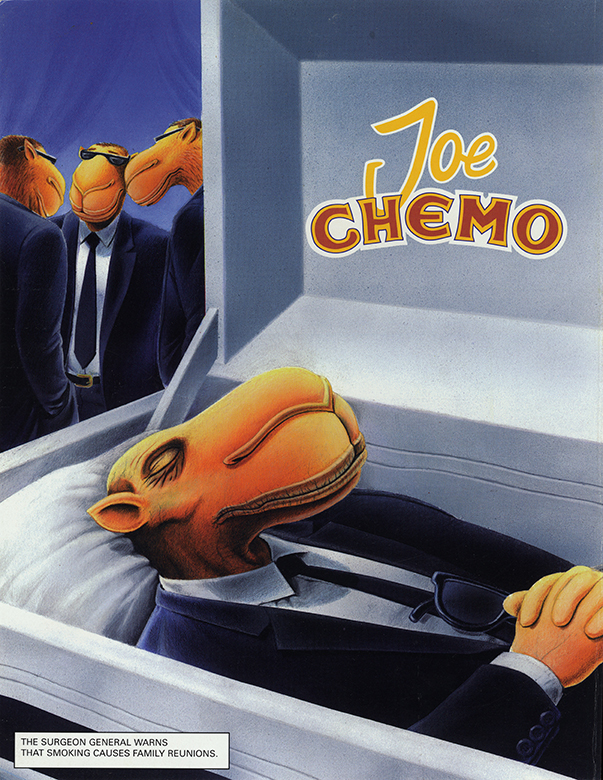 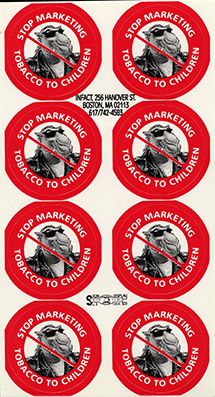