U.S. Government and the Tobacco Industry 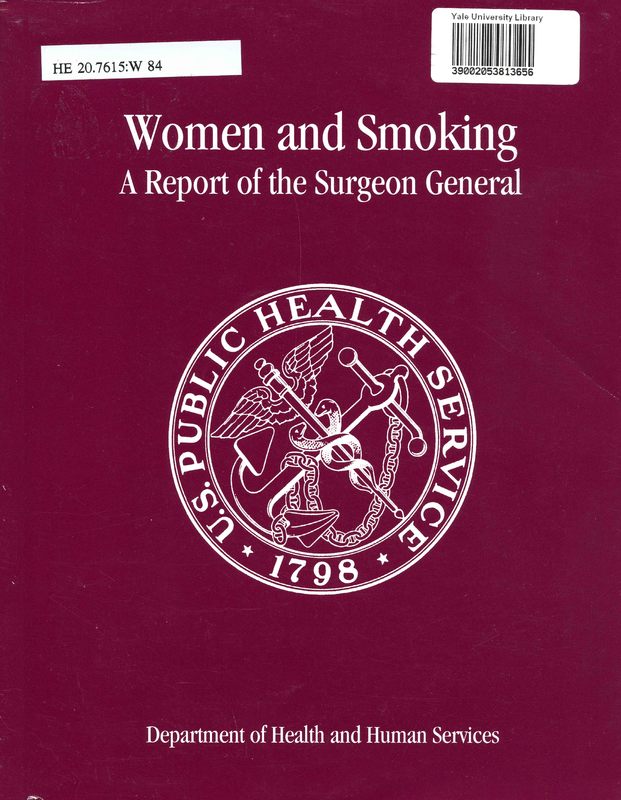 Cover of Women and Smoking, A Report of the Surgeon General, 2001, United States Department of Health, Education and Welfare, Public Health Service

Anti-smoking efforts by the United States federal government have had a spotty history. The Surgeon General and the Department of Health, Education, and Welfare (later the Department of Health and Human Services) recognized the health hazards associated with smoking as early as the 1960s and issued multiple reports warning of the dangers of smoking cigarettes, but it was not until the late 1970s that the Office on Smoking and Health was established. The Federal Trade Commission brought multiple suits against the tobacco industry for misleading advertising from the 1930s through the 1950s, and in 1965 required that health warnings be placed on all cigarette packages, a measure that was opposed by the Department of Agriculture. The Federal Communications Commission also banned cigarette advertising on radio and television in 1969. Under pressure from the tobacco industry lobby, Congress diluted many of these regulatory efforts, while the Food and Drug Administration claimed that cigarettes were beyond its scope until 1996, when it became involved in the issue of cigarette sales to minors. 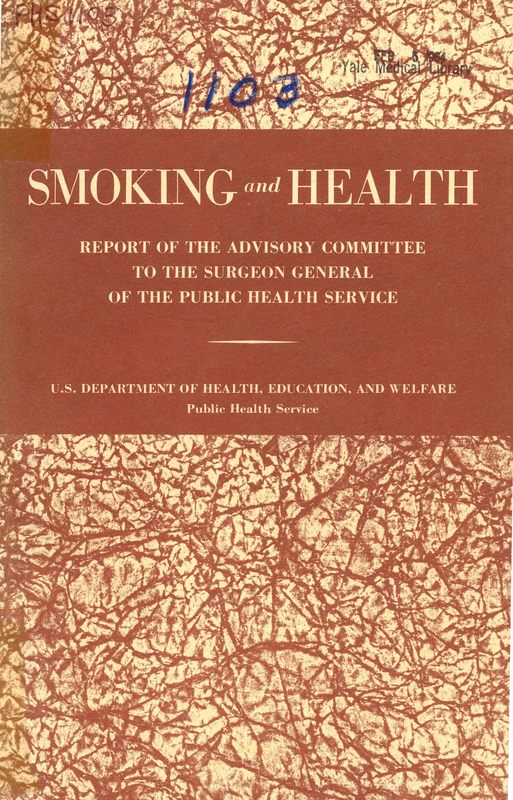 Cover of Smoking and Health, issued by the Surgeon General in 1964.

In 1964, there were 70 million smokers in the United States, and tobacco was an $8 billion a year industry.  After a multi-year study, the Surgeon General issued the landmark report Smoking and Health, Report of the Advisory Committee to the Surgeon General of the Public Health Service, which linked smoking to an increased risk of developing lung cancer. The report also found that cigarette smoking was responsible for a 70 percent increase in the mortality rate of smokers over non-smokers.  In the 50 years since the publication of Smoking and Health, anti-tobacco initiatives have saved the lives of 8 million Americans. Since 1964, smoking rates have dropped from 42 percent of adults to 18 percent.

For more information, see the National Library of Medicine's site on "The Reports of the Surgeon General." 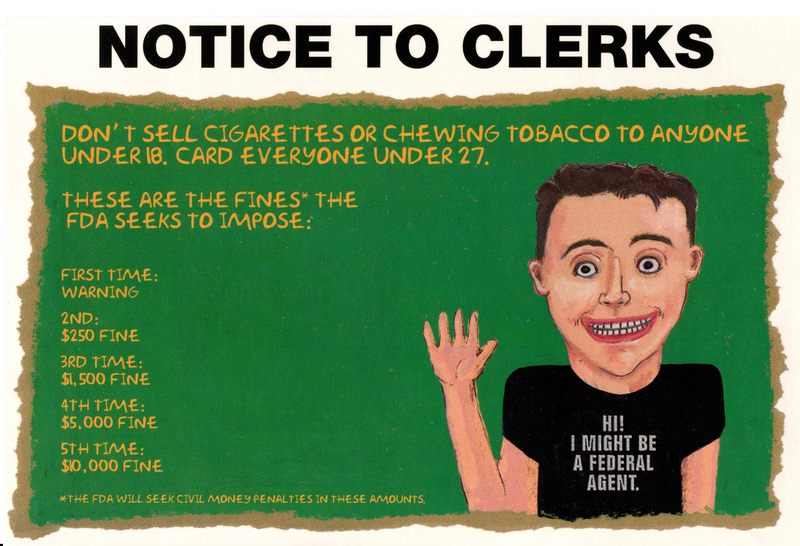 A reminder to retail clerks to check identification before selling cigarettes.

Preventing tobacco sales to minors has been the aim of a number of initiatives stemming from the tobacco industry, retailers, and the Food and Drug Administration alike. The Tobacco Institute, the tobacco industry’s major lobbying association, introduced the “It’s the Law” initiative in 1990, aimed at reducing underage access to tobacco products through a national program to retailers. In 1995 the “We Card” program was organized by the Coalition for Responsible Tobacco Retailing. Retailers received educational materials to help employees identify minors and refuse sales to underage tobacco users. The Food and Drug Administration (FDA) finally joined in by providing retailers with education kits and displays to limit underage smoking in 1997. In August 1996, a FDA rule required retailers to check for photo identification of anyone who appeared younger than twenty-seven, and prohibited tobacco sales to those under eighteen.