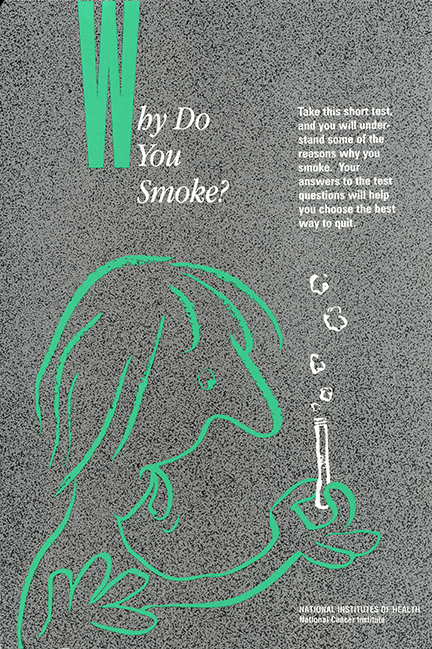 Government pamphlet exploring the reasons for smoking and options for quitting.

A Market for Quitting

What happens when you can’t smoke, or when you are trying to quit but still need the nicotine hit? An entire industry arose to make money in answer to these questions. Before the rise of a market of anti-smoking products, smokers who wanted to quit the habit had to rely solely on behavioral changes and advice. By easing nicotine withdrawal, nicotine-containing products such as gums, nasal sprays, patches, and other devices made it easier for smokers to break their dependence on tobacco. Initially, as nicotine fell under FDA regulations, doctors had to prescribe the gum and patches to patients who wanted to quit smoking, but today many of these aids can be purchased over the counter.

In 1984 the Food and Drug Administration (FDA) approved nicotine gum as a smoking cessation aid. The gum, originally developed in Sweden in the 1970s, was the first product that helped people quit smoking. Other items came onto the market, including the transdermal patch, which provides a constant amount of nicotine into the body through the skin. Nicoderm, the first transdermal nicotine patch system, was approved by the FDA in 1991. 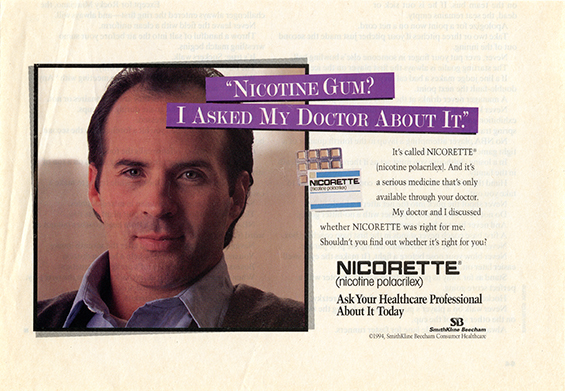 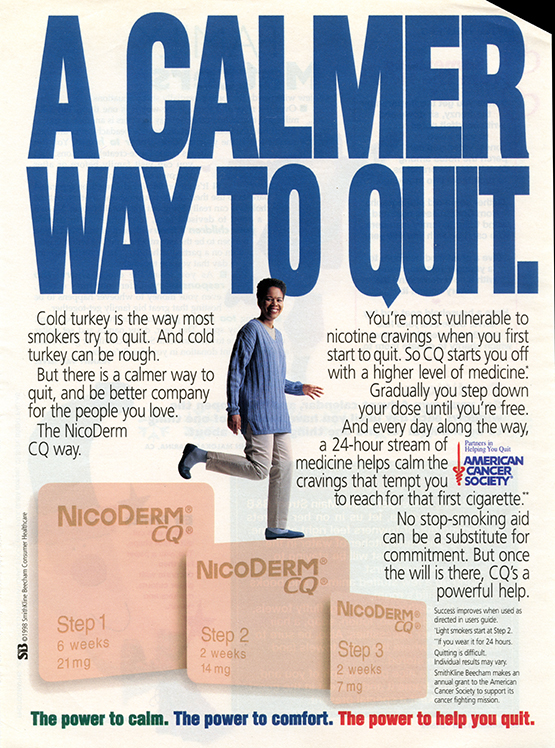 As anti-smoking efforts increased and smoking became unwelcome in both public and private spaces, companies offered products to help ease cravings. Wrigley’s creatively advertised a new use for its well-known gum, which does not contain nicotine. Skoal, a chewing tobacco, offered users that hit of nicotine without the smoke – but with the increased risk of mouth cancer. 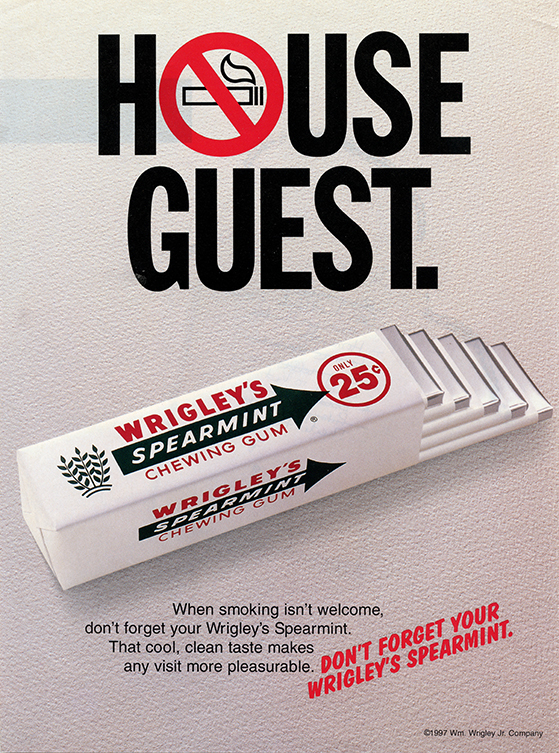 Wrigley gum for when you can't smoke 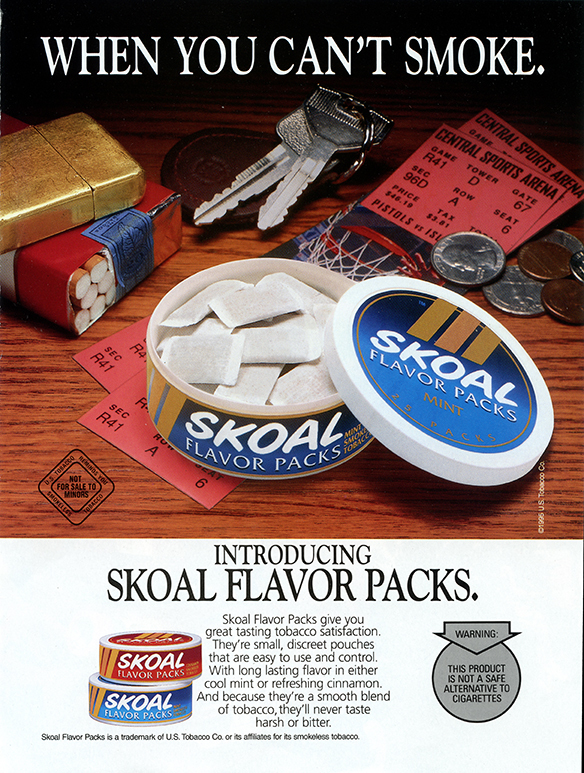 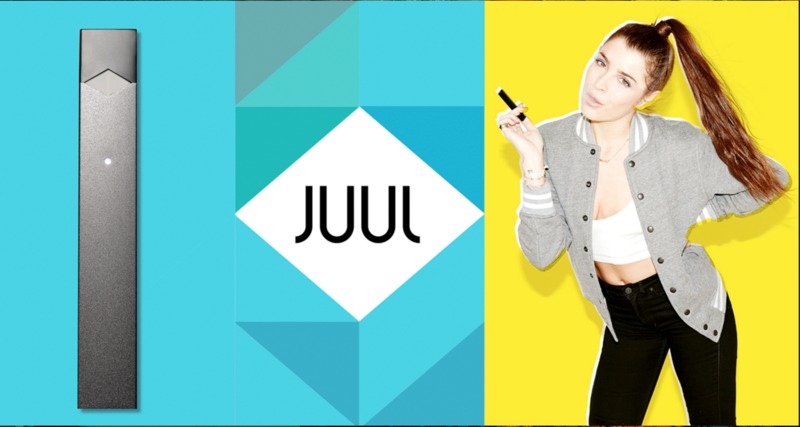 Patented by Herbert Gilbert in 1963, e-cigarettes vaporize and deliver nicotine and other chemicals to users. E-cigarettes have experienced a recent surge in popularity, as new flavors, styles, and marketing attract a younger generation of smokers. Early versions of e-cigarettes, like Renew Cigs, mimicked the actual cigarette experience, down to the physical carton pack. Manufacturers including Juul Labs, maker of the most popular vaping brand today, simplified the e-cigarette to a USB-sized object, offering a variety of enticing flavors for users to choose.

Some proponents consider e-cigarettes an alternative to smoking or a cessation device, while others express concerns that they may be a gateway to future smoking. In September 2018 the Food and Drug Administration put e-cigarette manufacturers and retailers on notice for marketing and selling these products to teenagers.