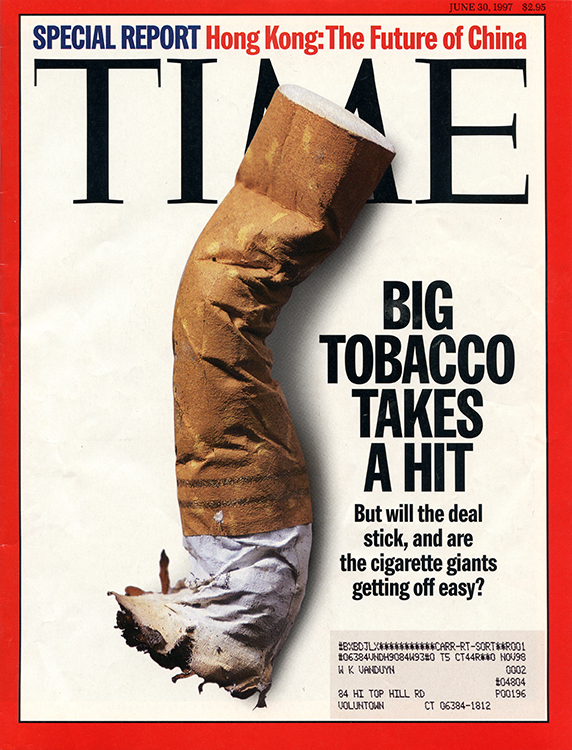 Time magazine cover from 1997 on the tobacco settlement.

In the face of damaging lawsuits, bad publicity, and potential federal legislation regulating the industry, the tobacco companies opted for a major settlement. In 1998 the five major American tobacco companies settled lawsuits with forty-six states by entering into the Master Settlement Agreement (MSA). By the terms of the MSA, the tobacco companies agreed to restrict pro-tobacco advertising, pay over $206 billion to the states over 25 years to cover smoking-related health care costs, and fund a national anti-smoking education foundation. Though the tobacco companies characterized it as burdensome, many public health officials thought the settlement was far too lenient, especially because it did not require Food and Drug Administration (FDA) regulation of tobacco and because the structure of the payments to the states gave companies an incentive to keep tobacco sales up.