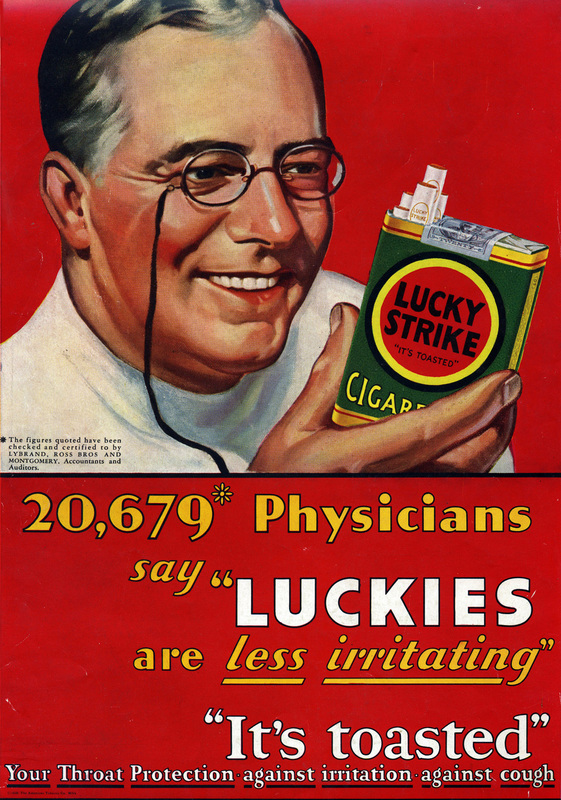 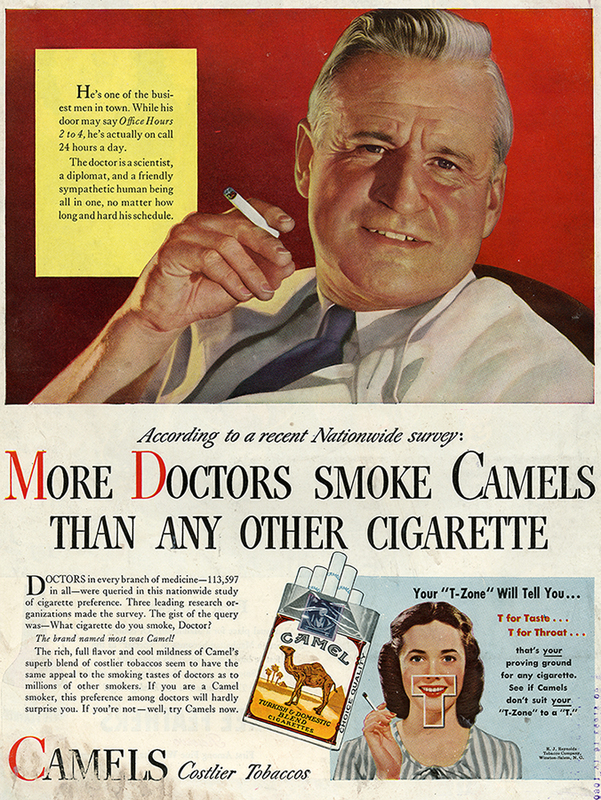 By the 1930s, cigarette smoking was a widespread habit, popular with Americans from all social classes and professions. Even many physicians smoked. Cigarette companies often advertised smoking as a way to stay happy and healthy, promoting cigarettes, as seen here, for the nerves and for digestion.

However, increasing anxiety about the negative health effects of smoking led some people to question the safety of cigarettes. In hopes of reassuring consumers that their product was safe, many tobacco companies made advertisements that featured pictures of physicians or testimonials claiming that physicians endorsed their brand. Because medical doctors were at the time seen as trustworthy and deserving of respect, the incorporation of doctors into advertisements gave the impression that cigarettes did not pose a large health risk and lent the tobacco companies some credibility.

From the 1930s through the 1950s, tobacco advertising strategies marshalled a tone of medical authority of their own, marketing various brands as healthier than their competitors based on scientific studies and chemical analysis. Tobacco companies continued to use physicians in advertising campaigns until mid-century medical research began to illuminate the many health risks associated with cigarette smoking. 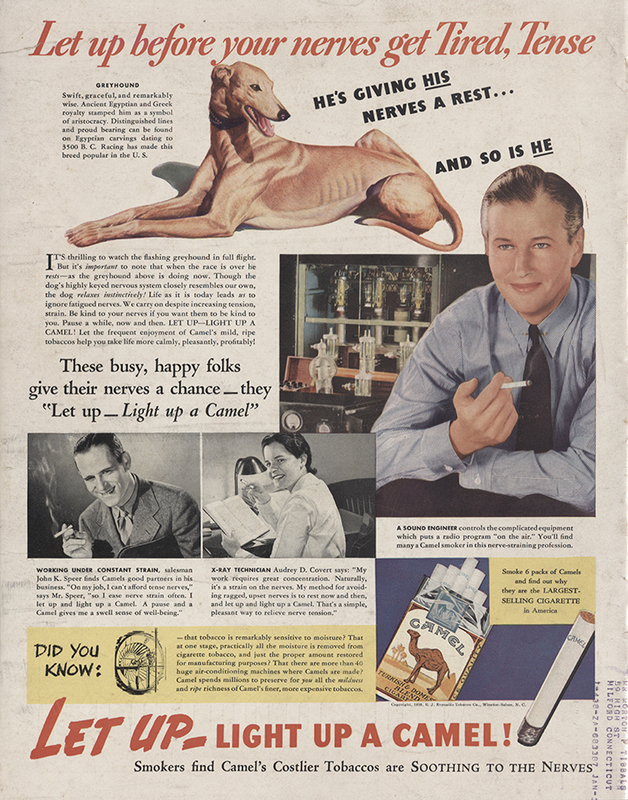 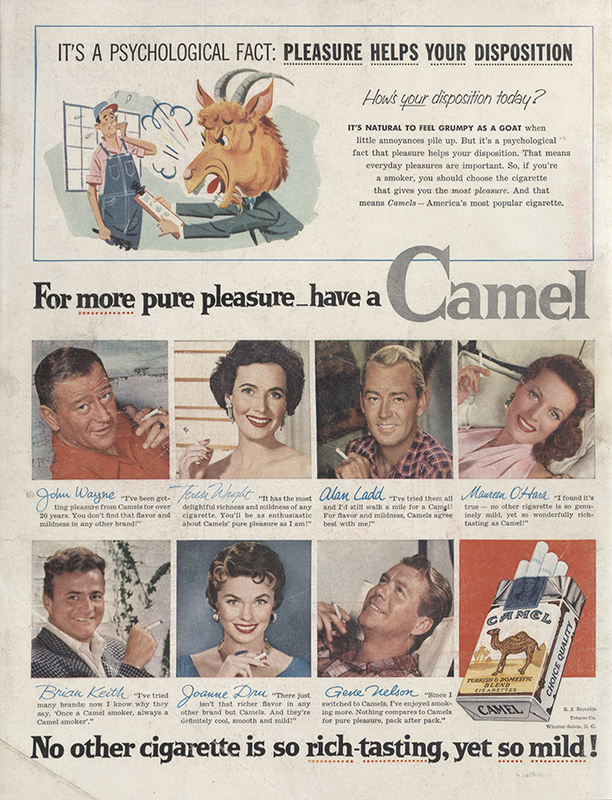 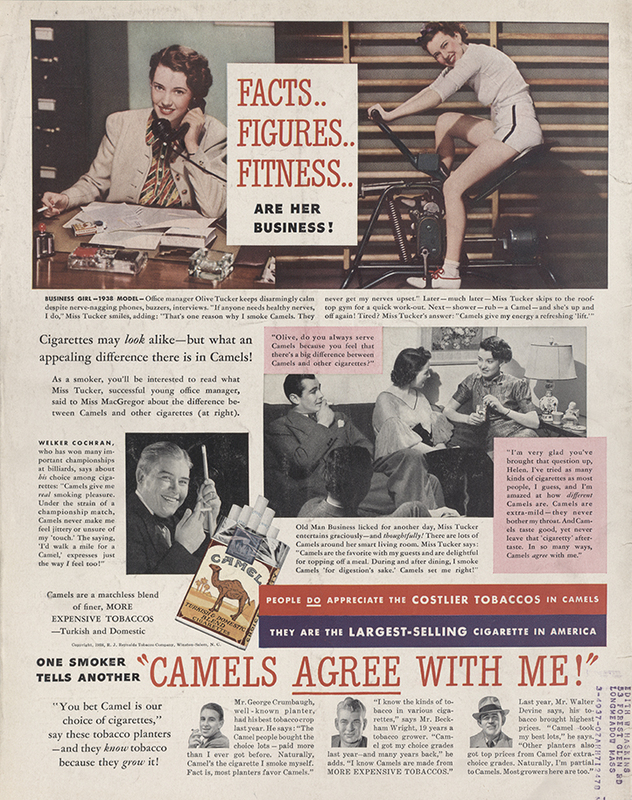 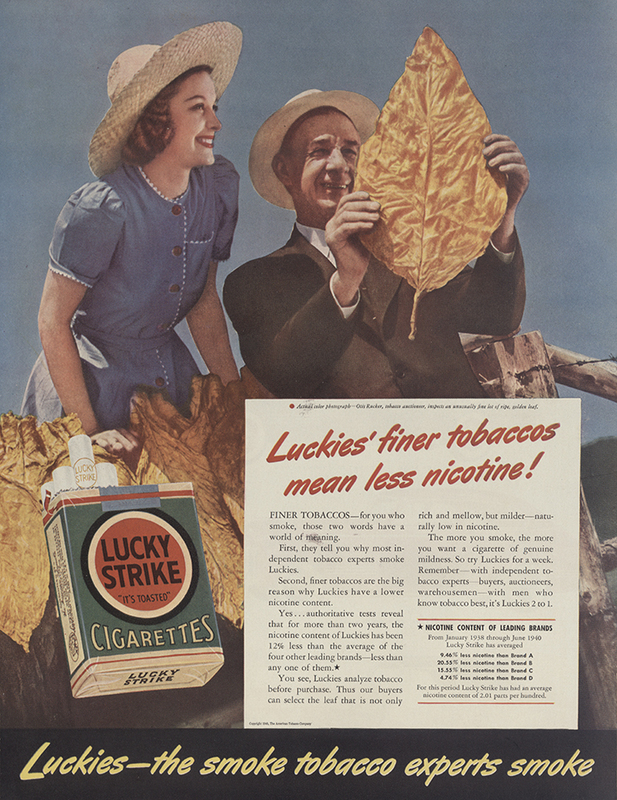 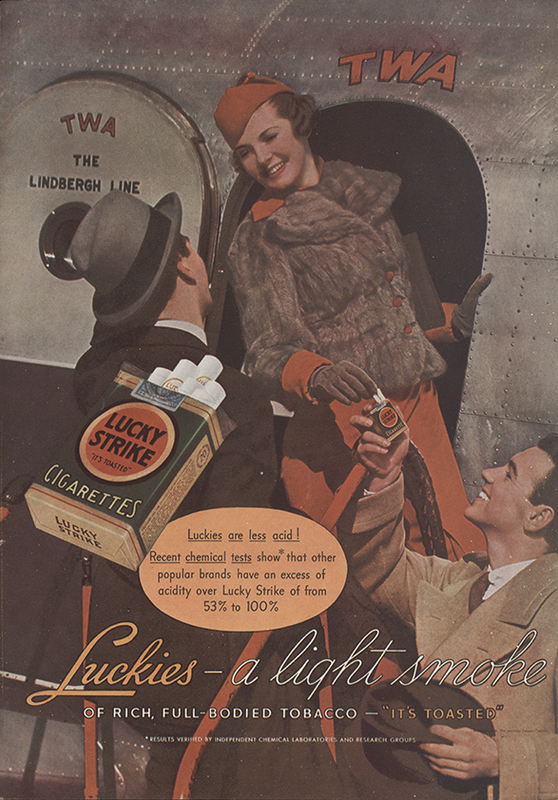 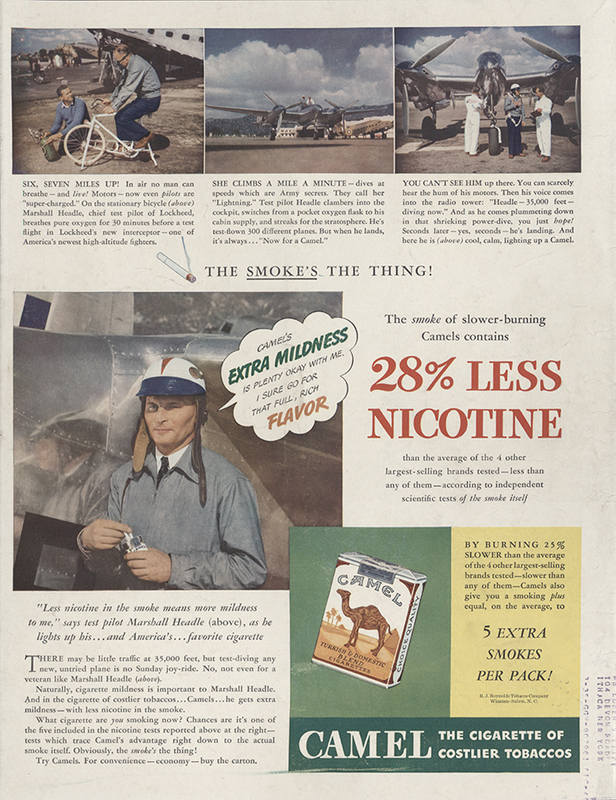 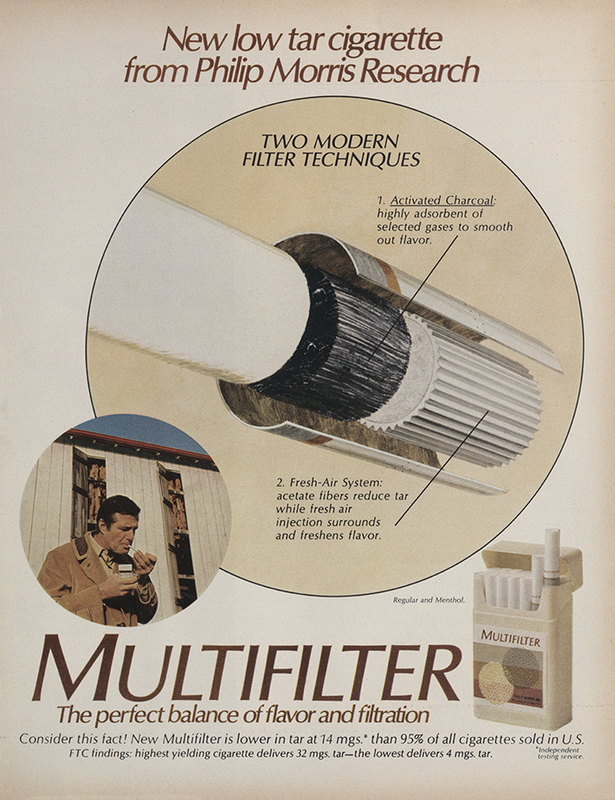