Selling Patriotism with every pack! 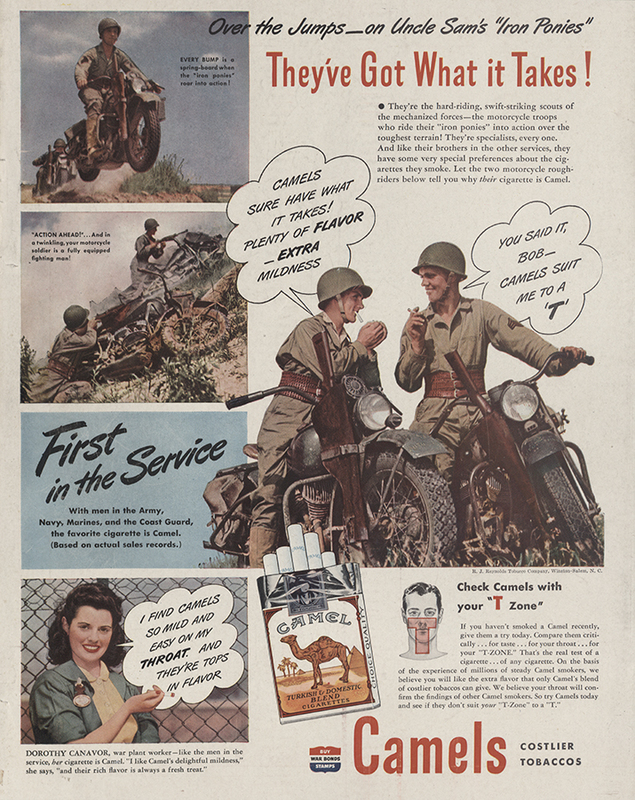 As the nation marched off to both World War I and II, all eyes and focus turned to the war effort, as those at home supported soldiers overseas.  The tobacco industry was no different, creating their advertisements to include images of brave and proud war participants enjoying the comforts of home afforded by their smoke of choice (along with the promises of great taste and minimal side effects). 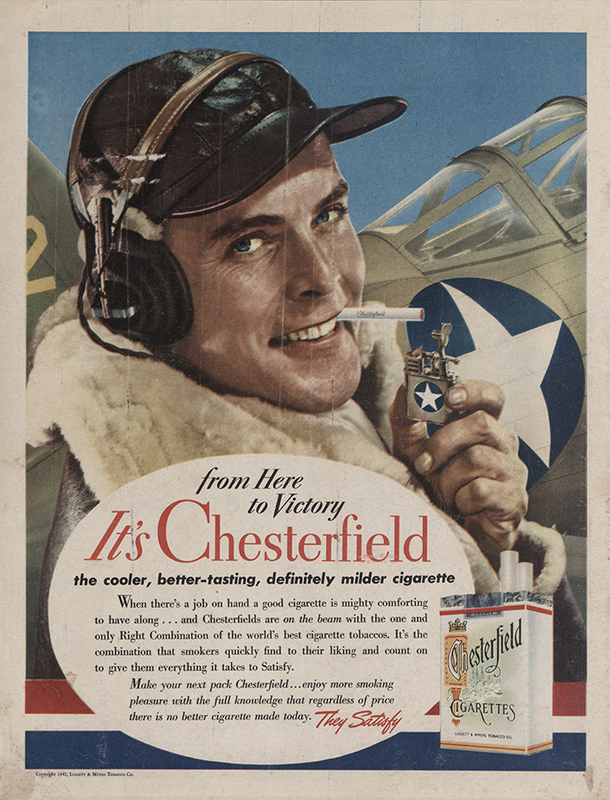 The advertisements also swelled with patriotic pride, suggesting what the civilian could do to assist in the war effort -- buying war bonds, rationing, and encouraging women to enter the workforce by picking up the slack of those who left to serve the nation. Often, however, they used images of soldiers in much the same way as other men featured in admirable, hardworking jobs, enjoying a break with a cigarette. 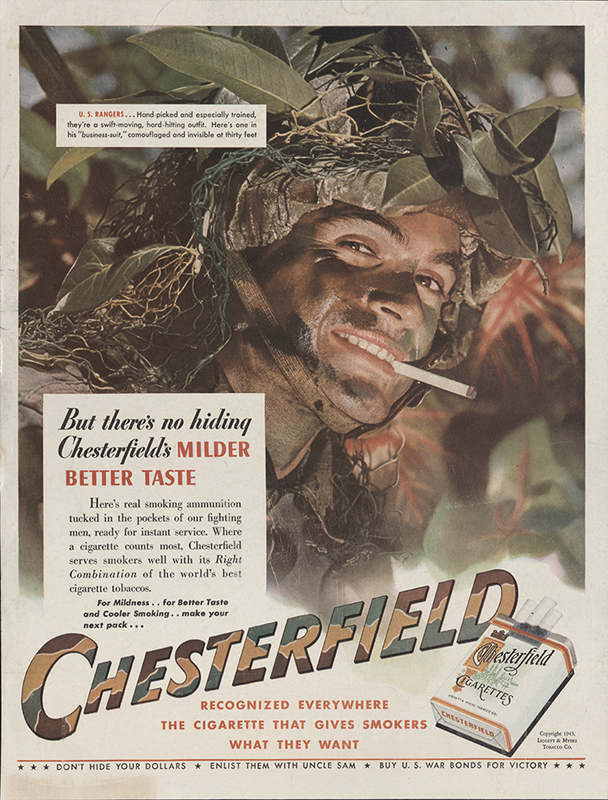 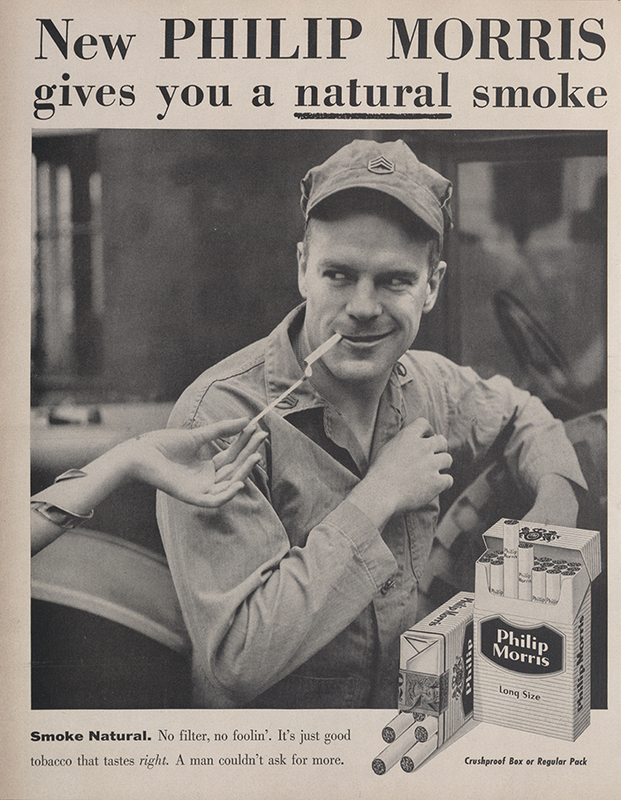 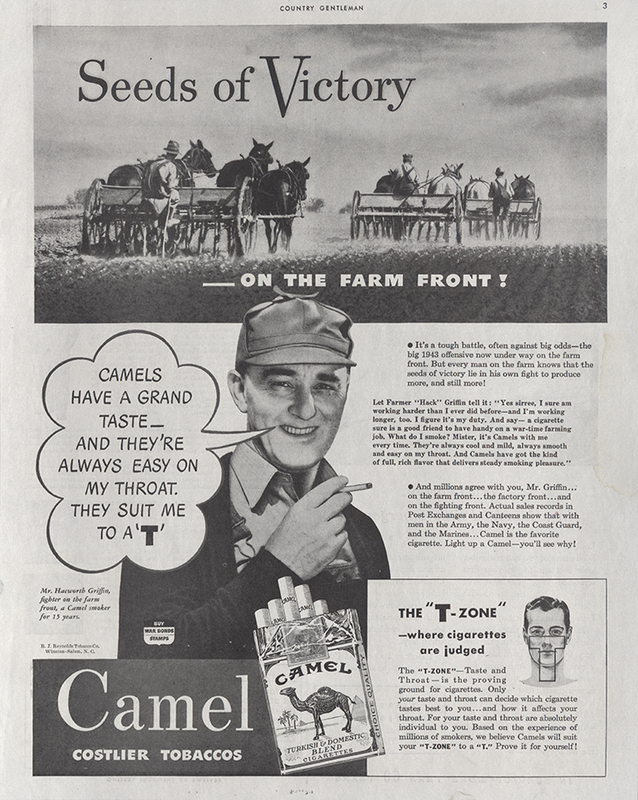 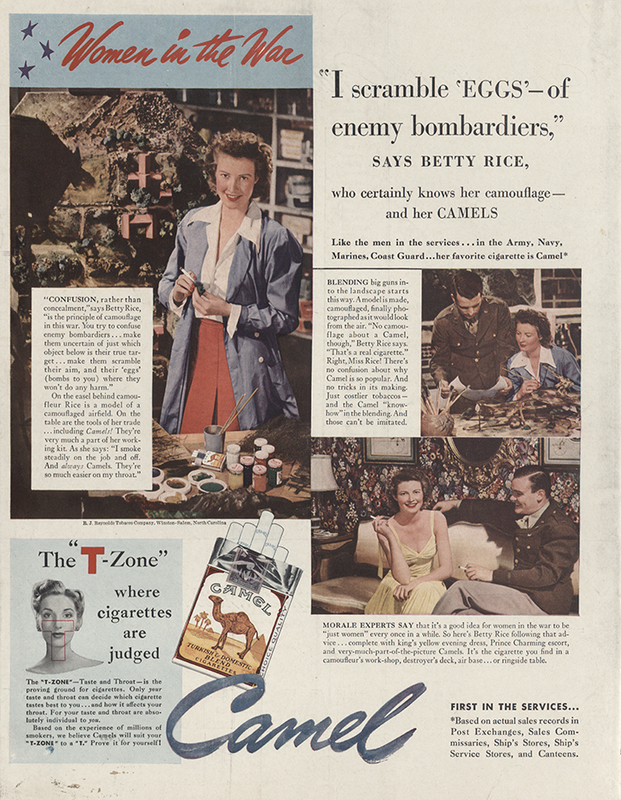 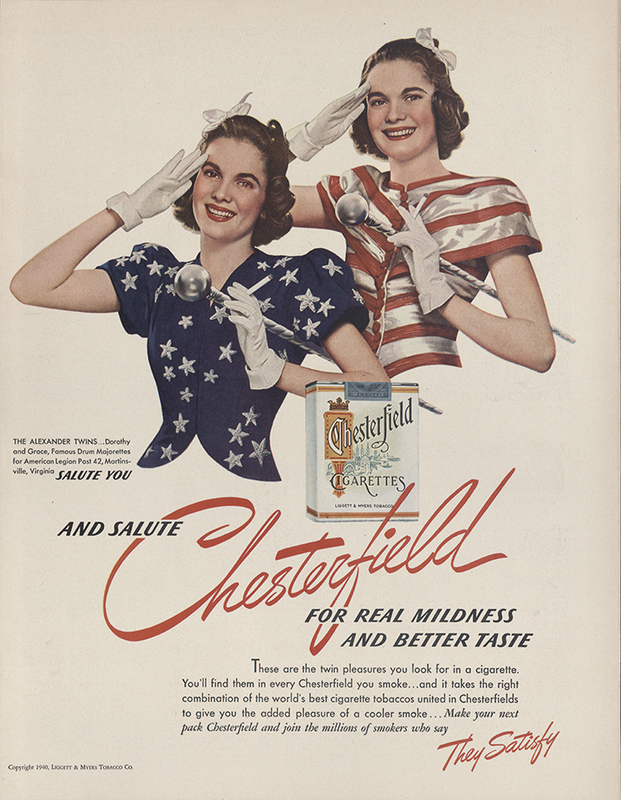 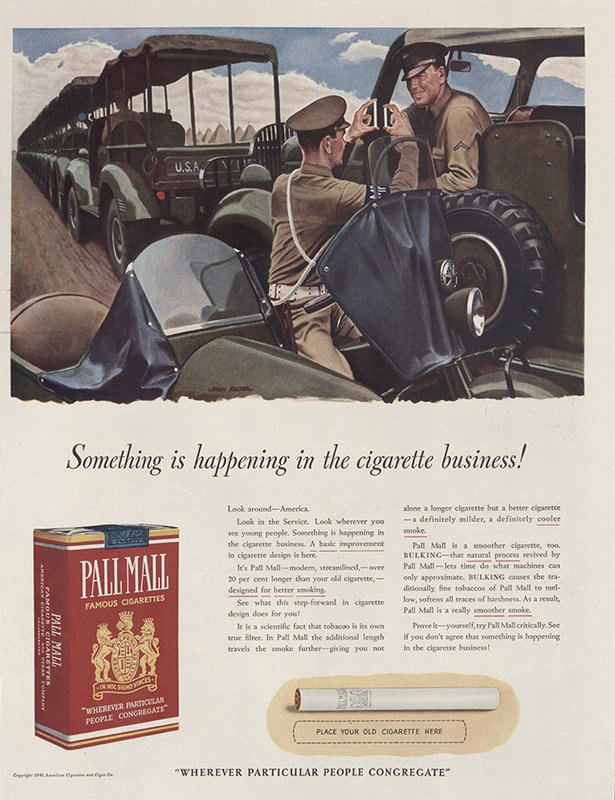