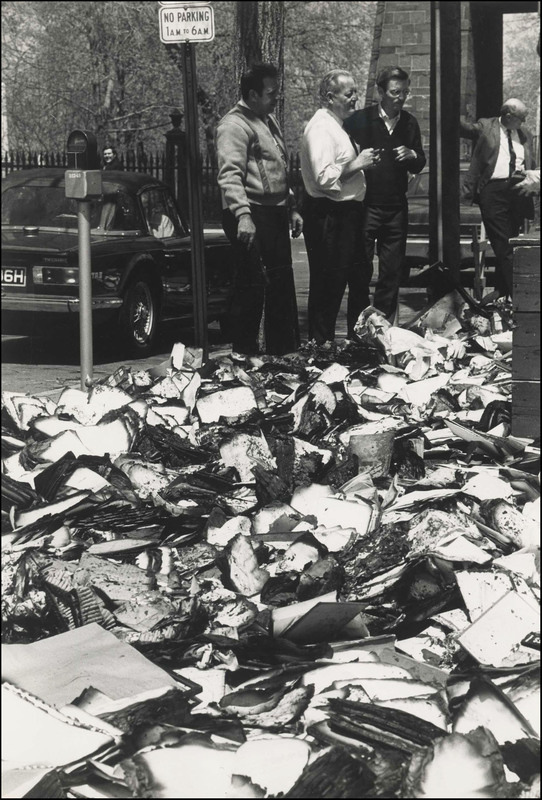 Books burned in the Law Library fire, assumed but never proven to be arson, spread out on the sidewalk at the corner of High and Grove Streets, photograph by Alan Waggoner.

Many on the Yale campus conceived of the moratorium, approved by the faculty on 23 April, as an opportunity for direct-action conversation and learning about issues of economic, social, and political inequality in New Haven and the United States. The Black Panther Party’s social services and education programs in blighted urban neighborhoods, like some in New Haven, served as a counterpoint to the rhetorical fireworks of Panther leaders in response to the ongoing trial.

Teams of students and some faculty members canvassed New Haven’s households in a concerted interaction and mutual education effort dubbed “teach outs.” Forums and other engagements on campus sought to foster dialog around the many issues raised by the trial and upcoming rally. 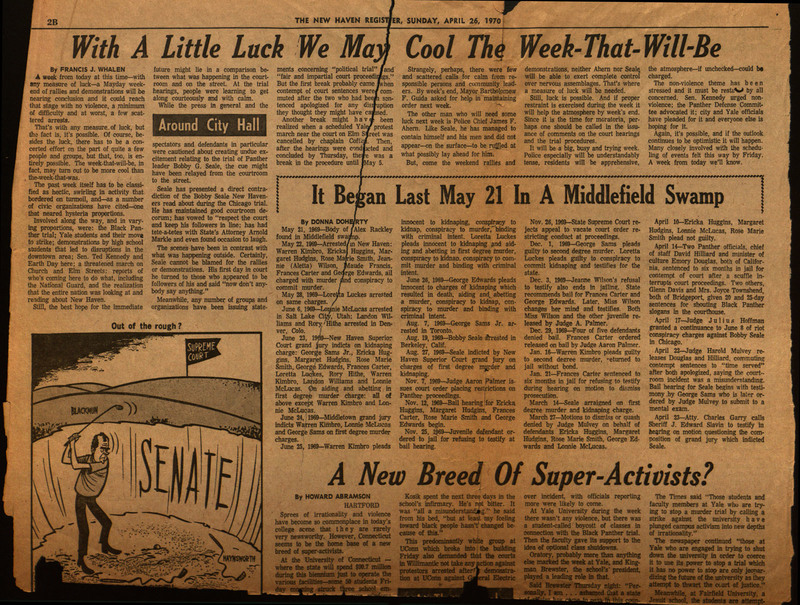 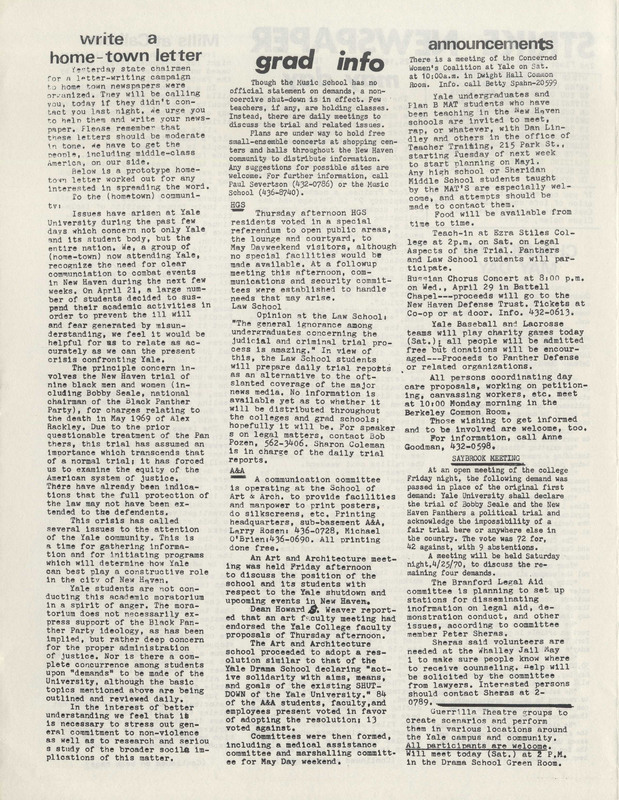 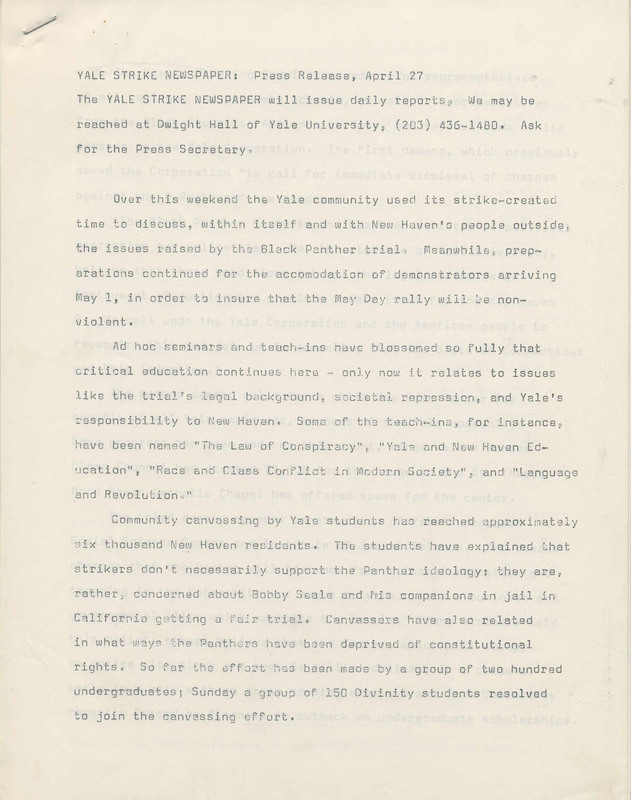 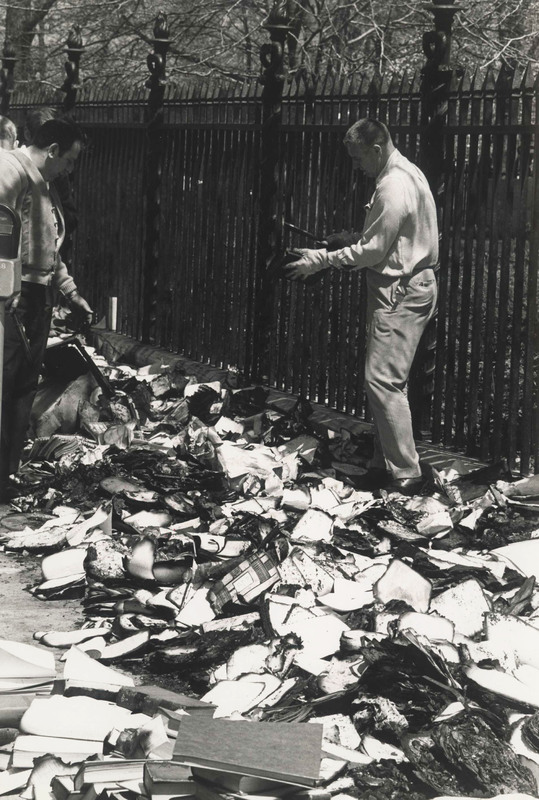 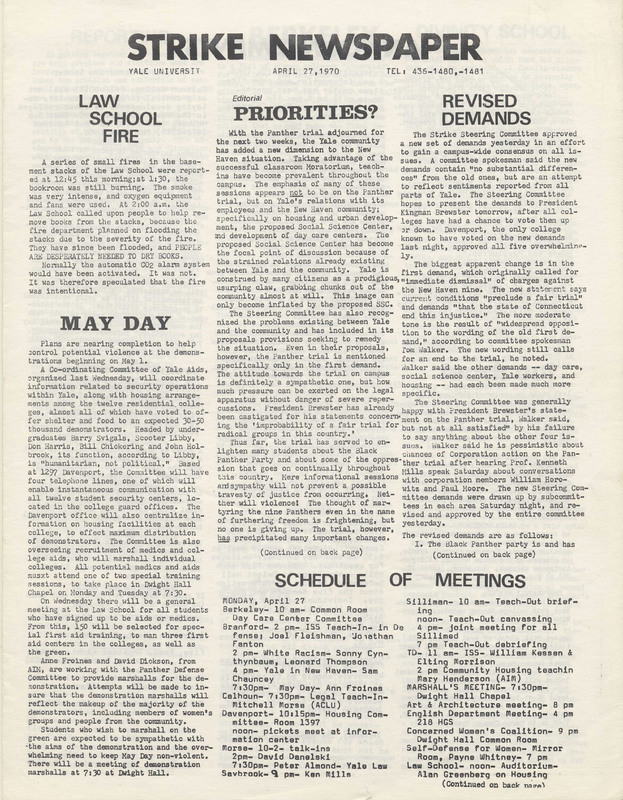 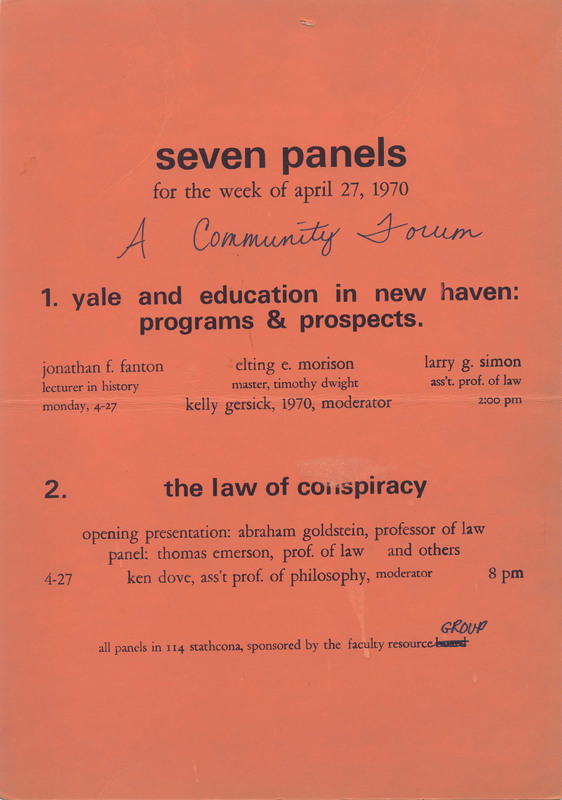 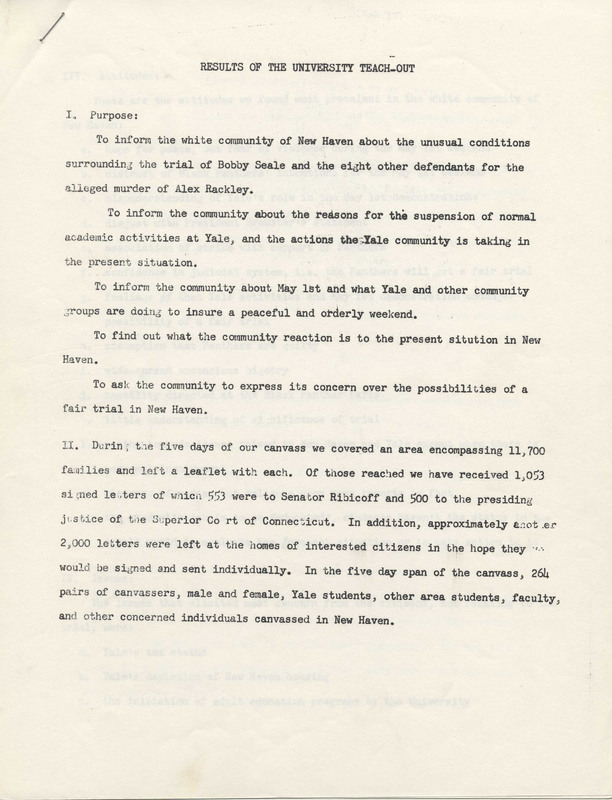 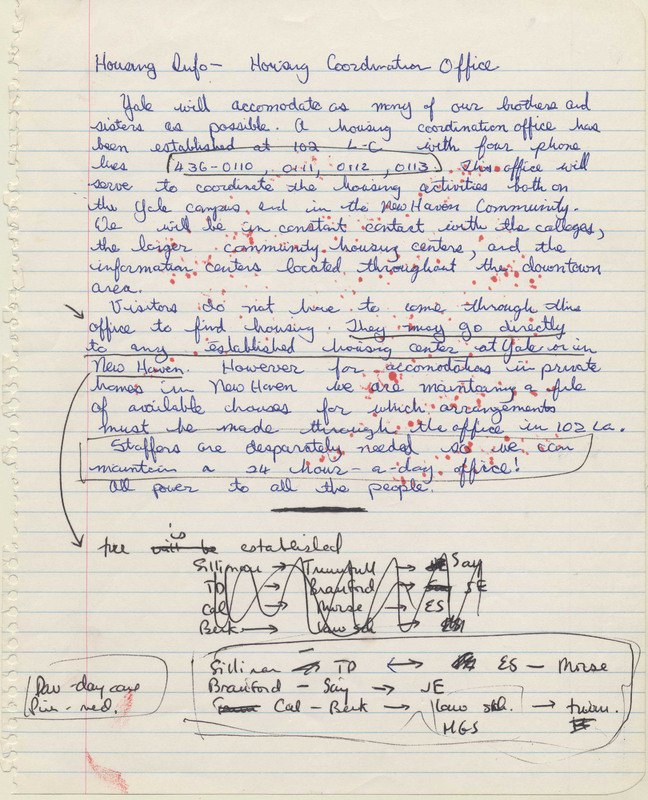 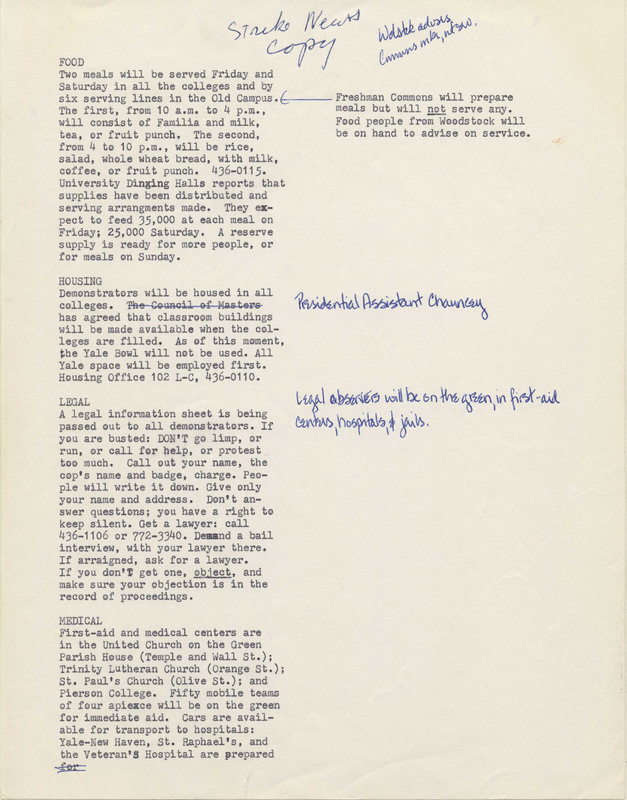 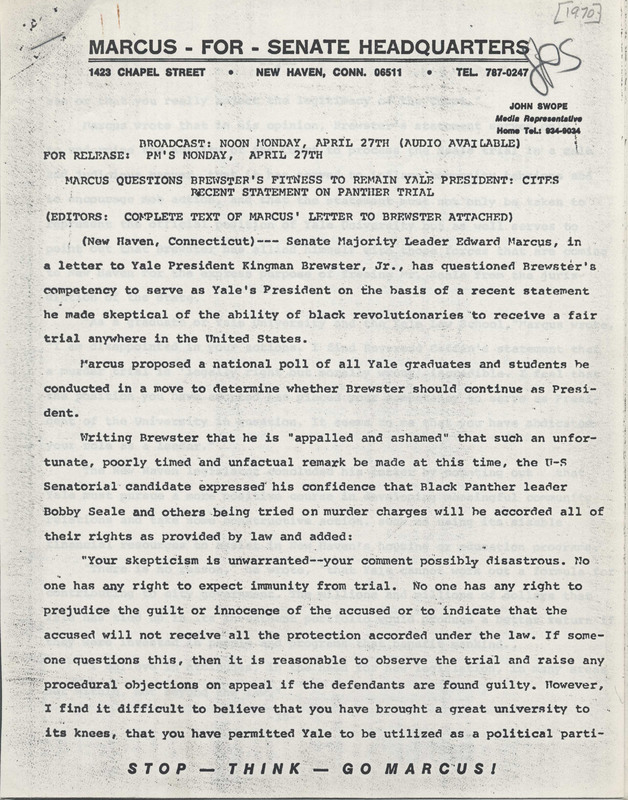