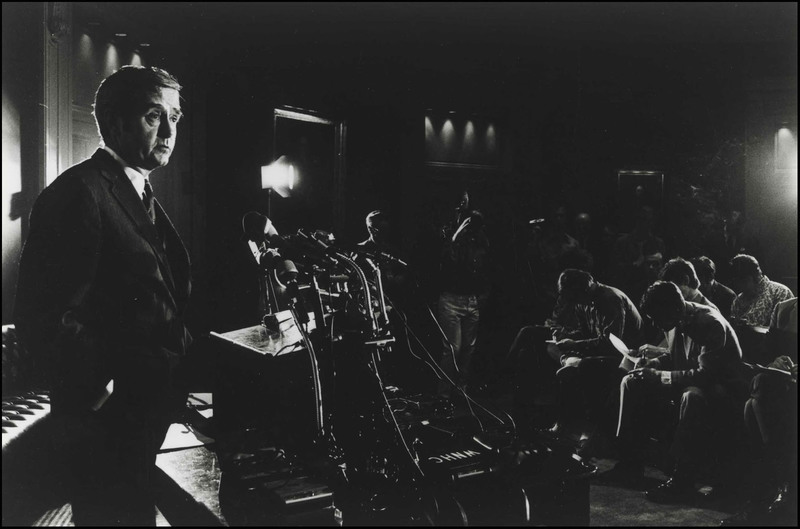 At a 23 April faculty meeting held in Sprague Hall, Kingman Brewster, Jr. electrified those in attendance with his observation that he found it unlikely that the black revolutionaries could get a fair trial anywhere in the United States. This comment quickly gained the attention of the national media.

U.S. Vice President Spiro Agnew’s speech at a Florida fundraiser on 28 April calling on Yale alumni to demand that Brewster be fired caused an outpouring of letters and telegrams from Yale constituents and others, either supporting Brewster and castigating Agnew, or vice versa. Indeed, it may very well have been Agnew’s attack that focused support in the Yale community around Brewster’s handling of student and faculty unrest. A relatively unified Yale thus completed preparations for the May Day rally weekend. 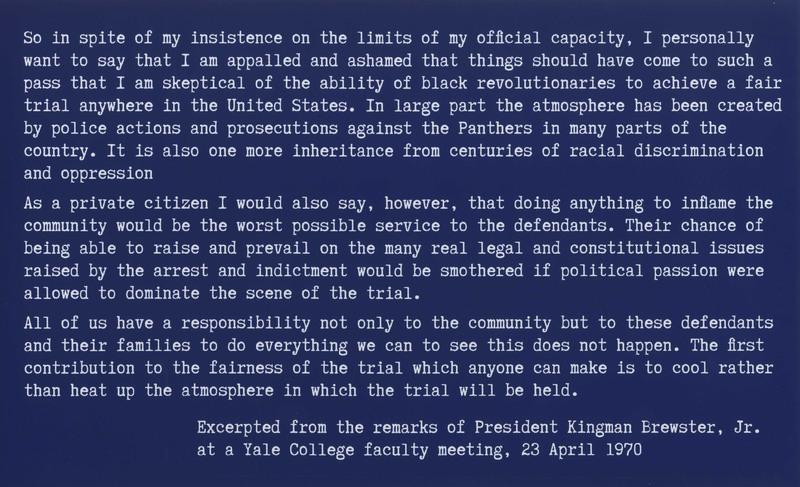 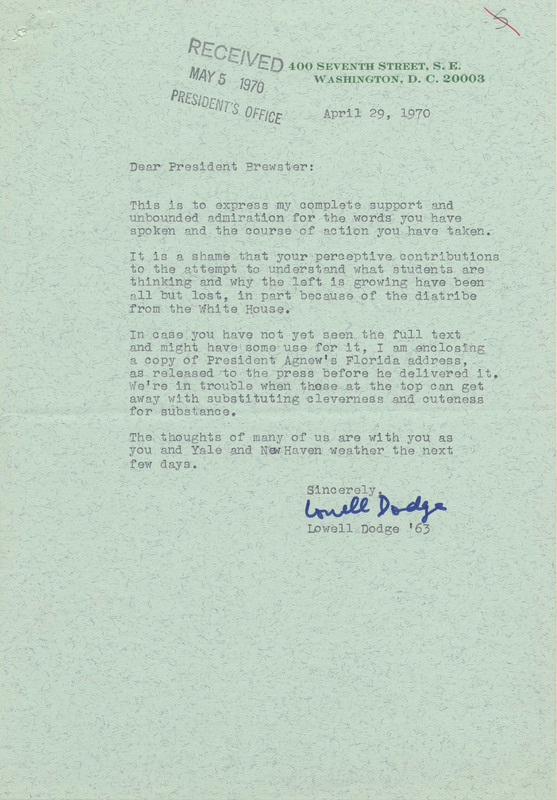 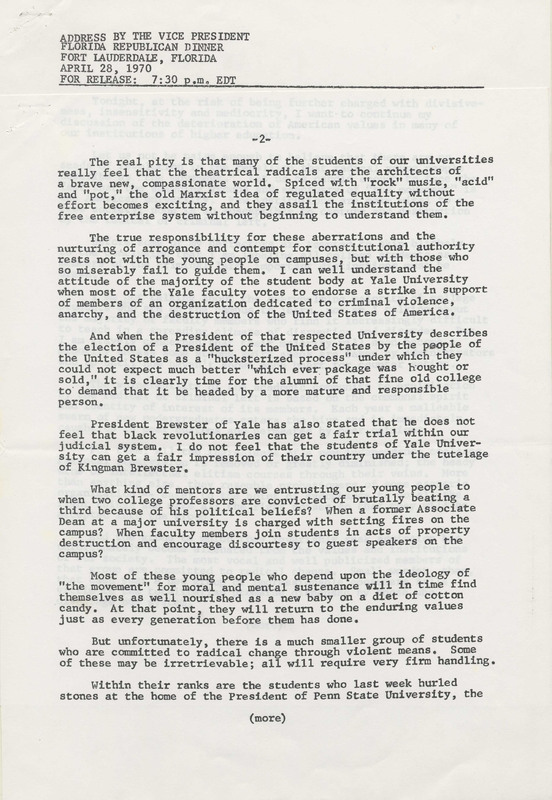 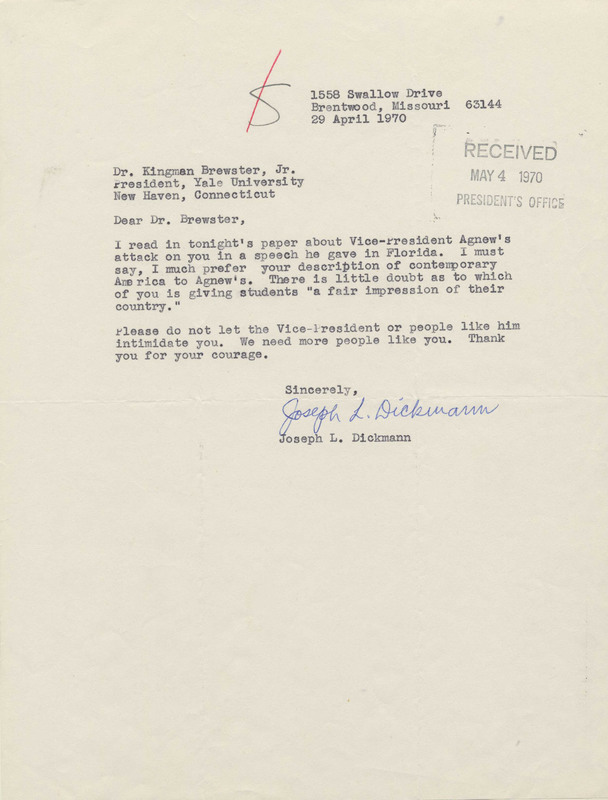 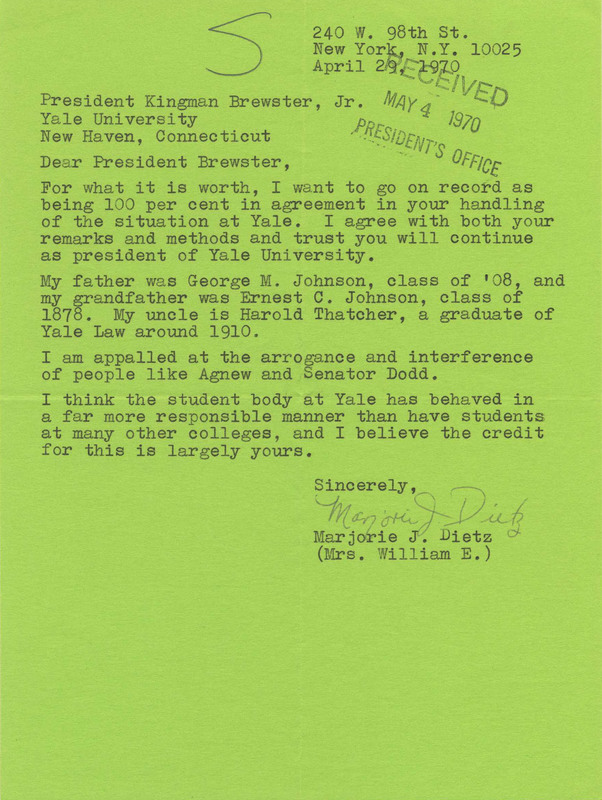 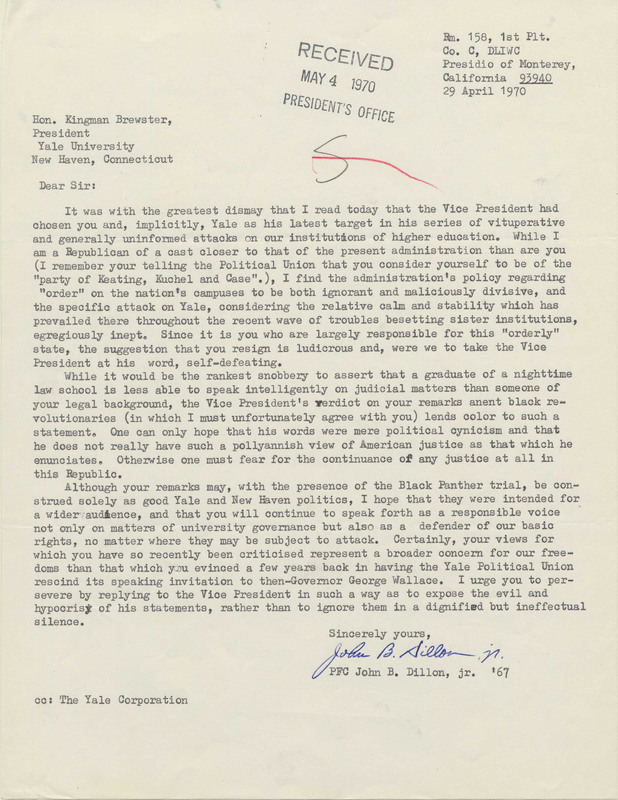 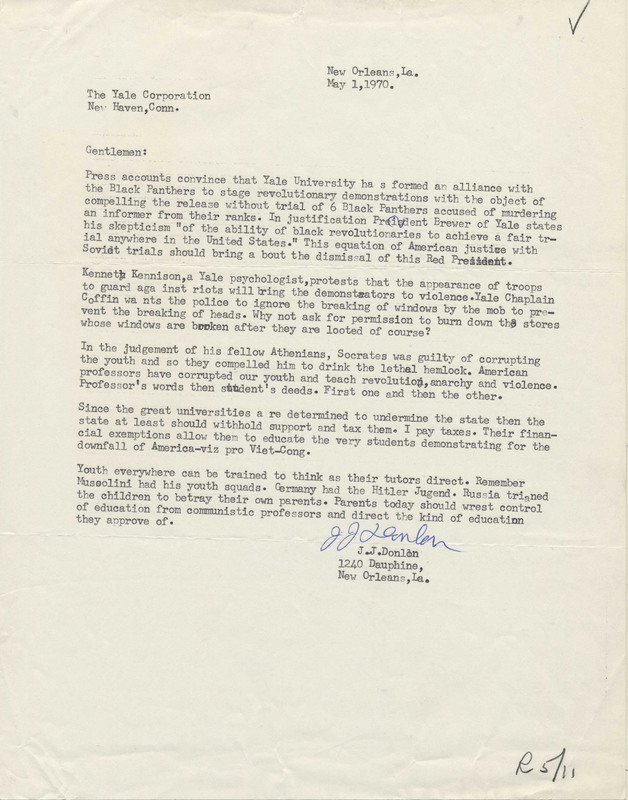 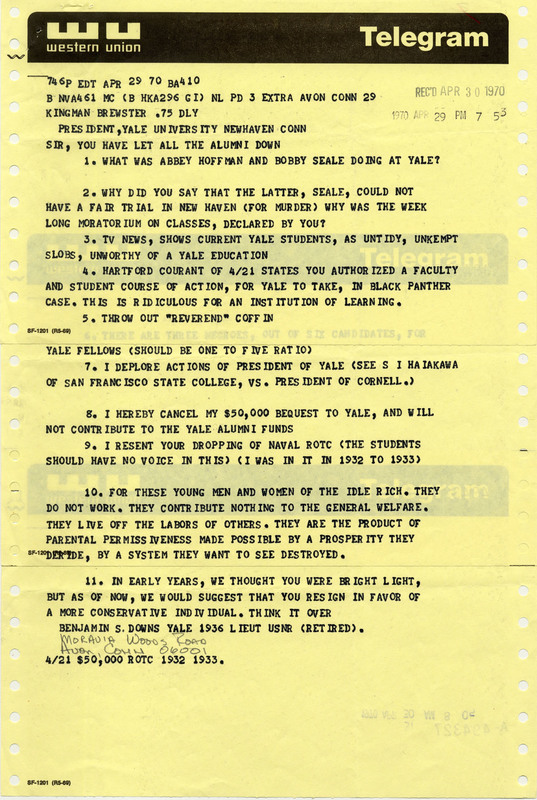 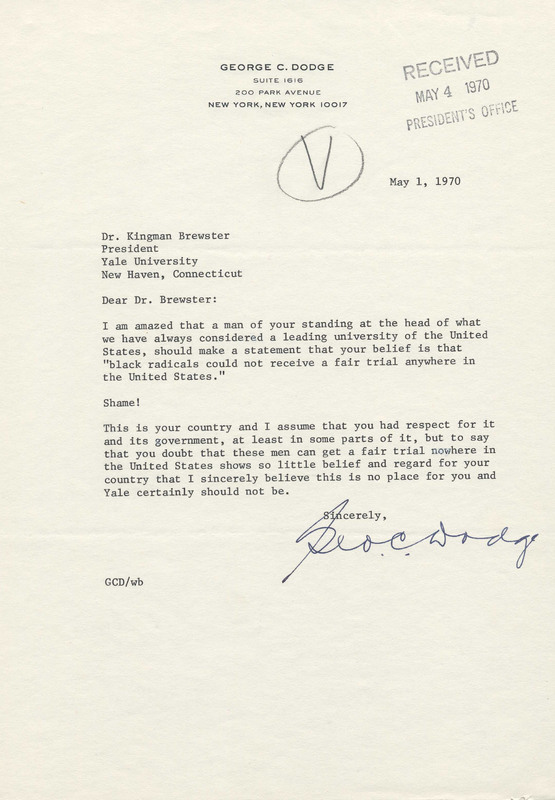 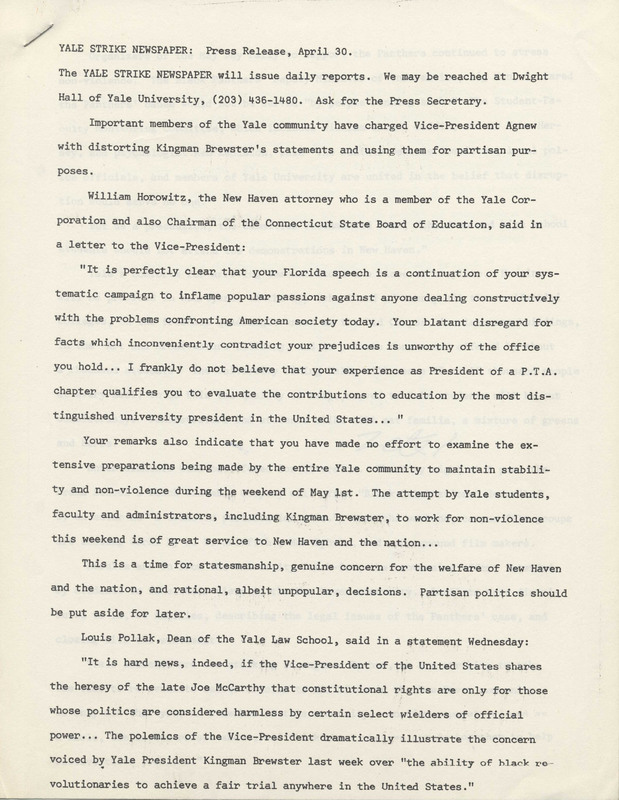 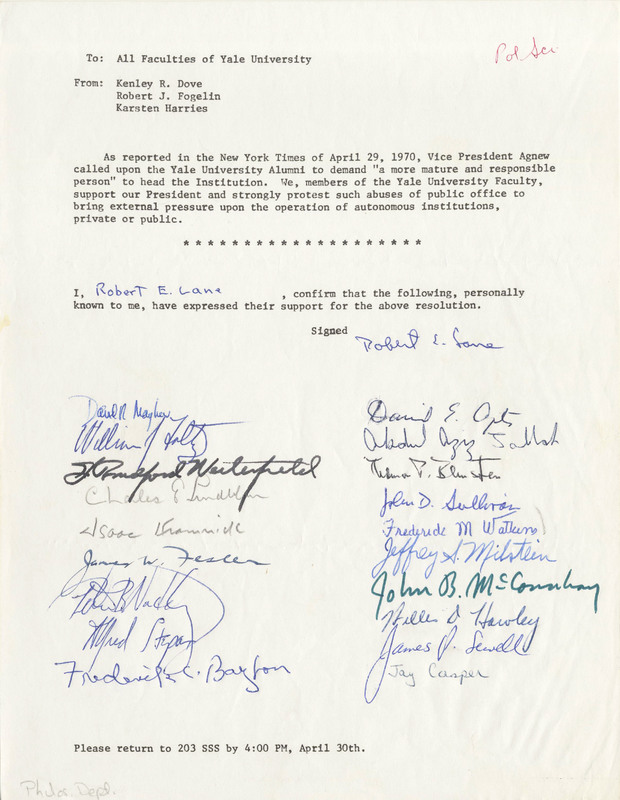 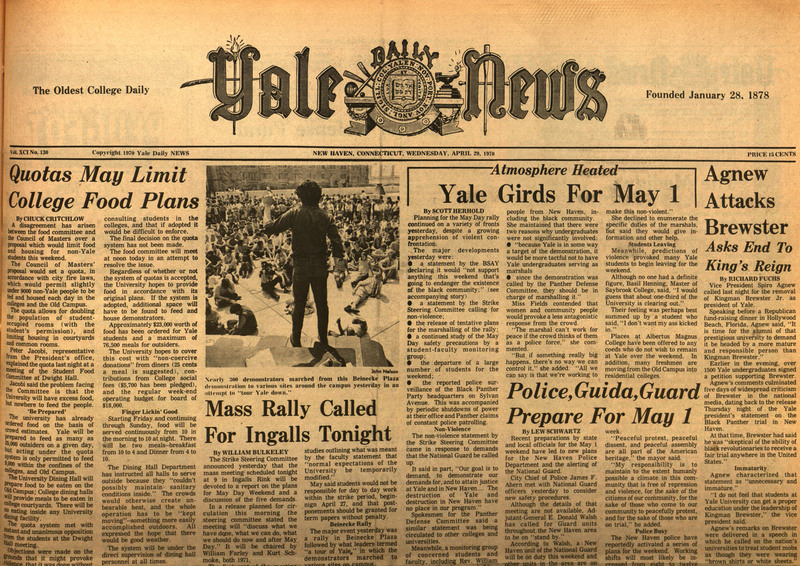 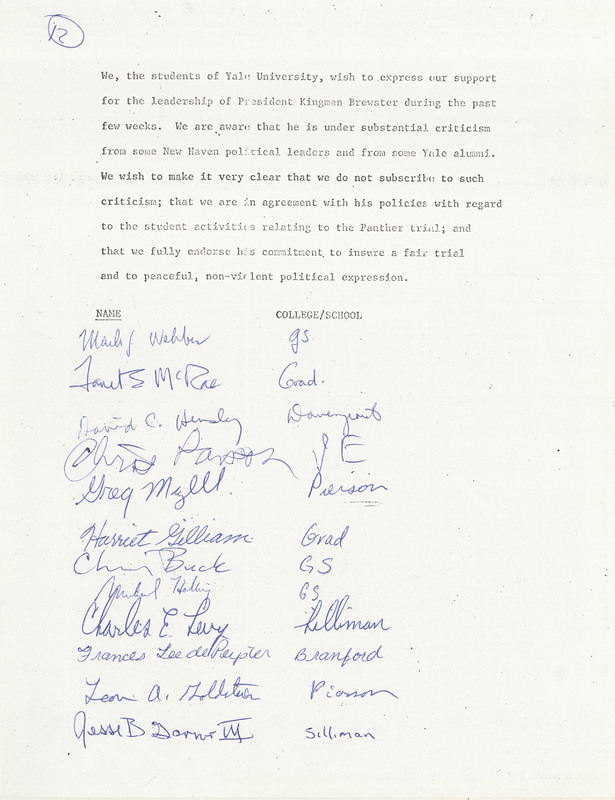 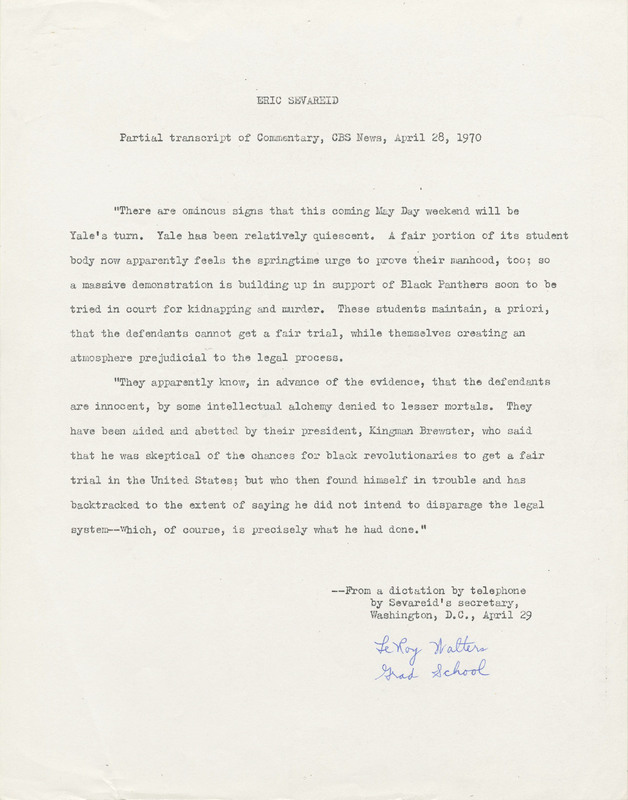