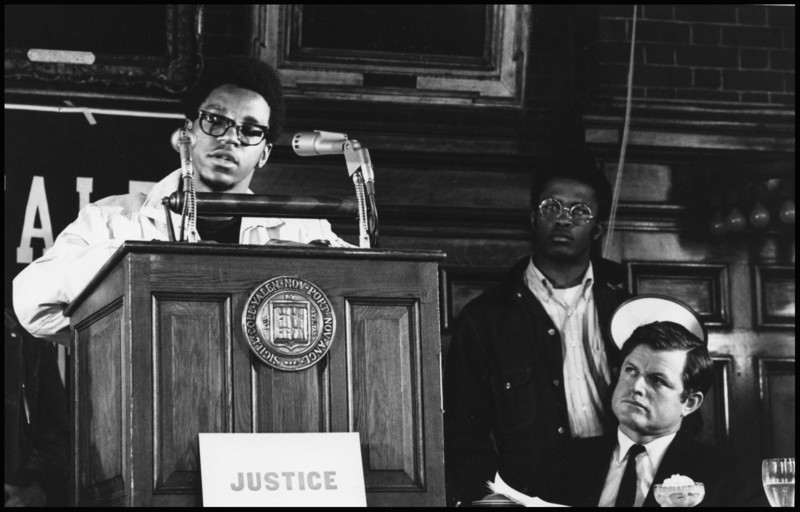 As the month of April progressed, it became increasingly clear that a protest action, national in scope, would take place in New Haven on May Day. The focus of this action would be on the Black Panther trials then underway, especially the perception that Bobby Seale was the target of unjust FBI attention and that the outcome of his trial was somehow preordained.

A call for a strike at Yale, in the form of a moratorium on classes, met with mixed reactions on the campus and among members of its alumni community. Escalating threats of violence against the city and university from radical groups across the nation gained the attention of both the Yale administration and the Nixon White House. 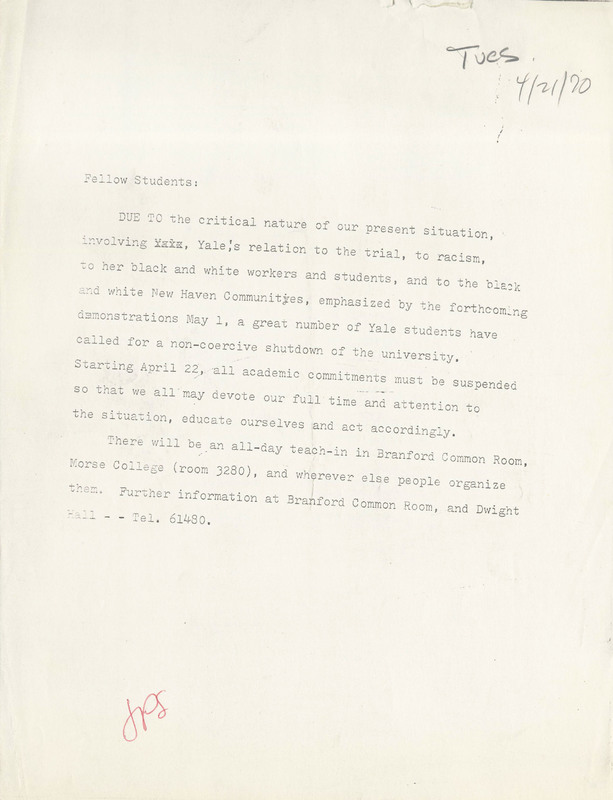 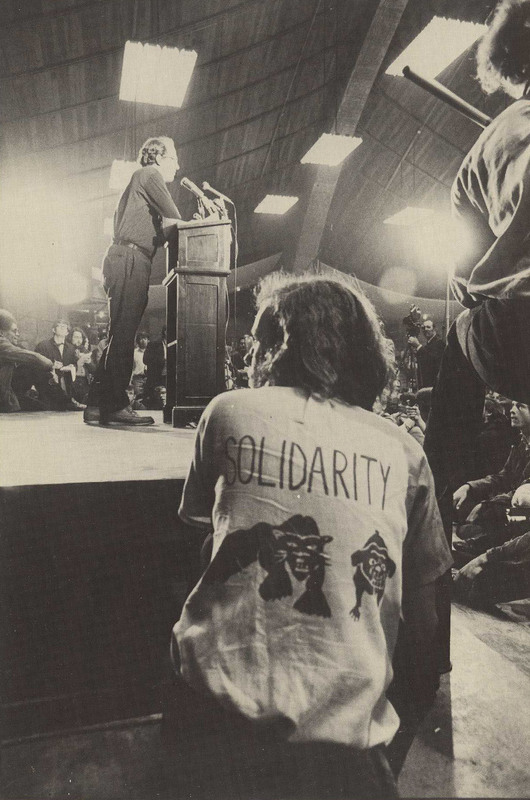 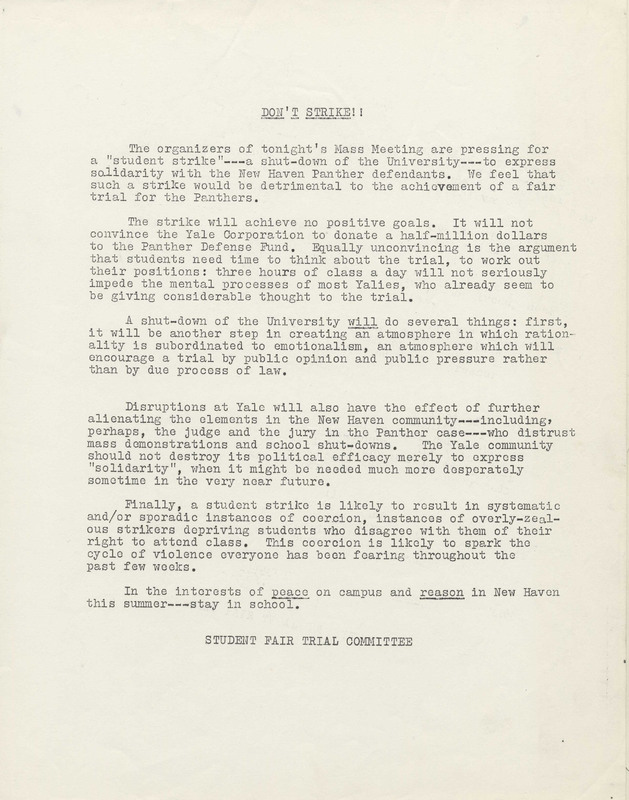 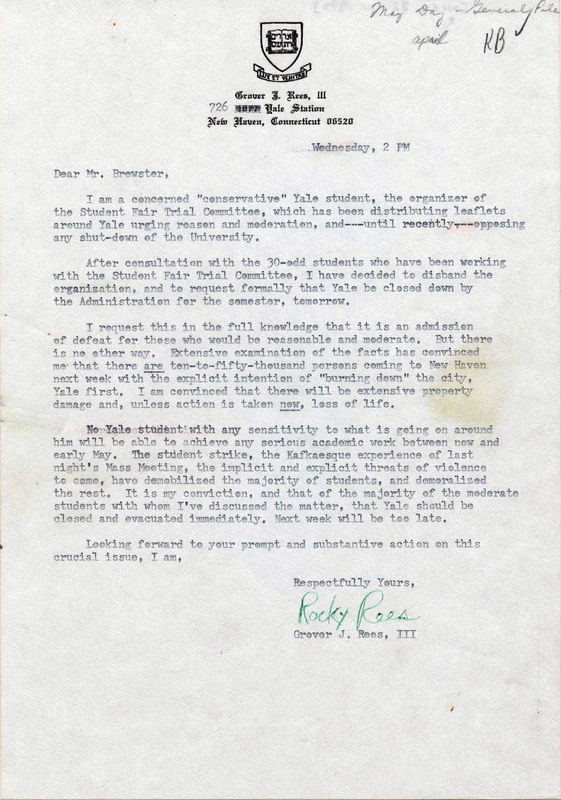 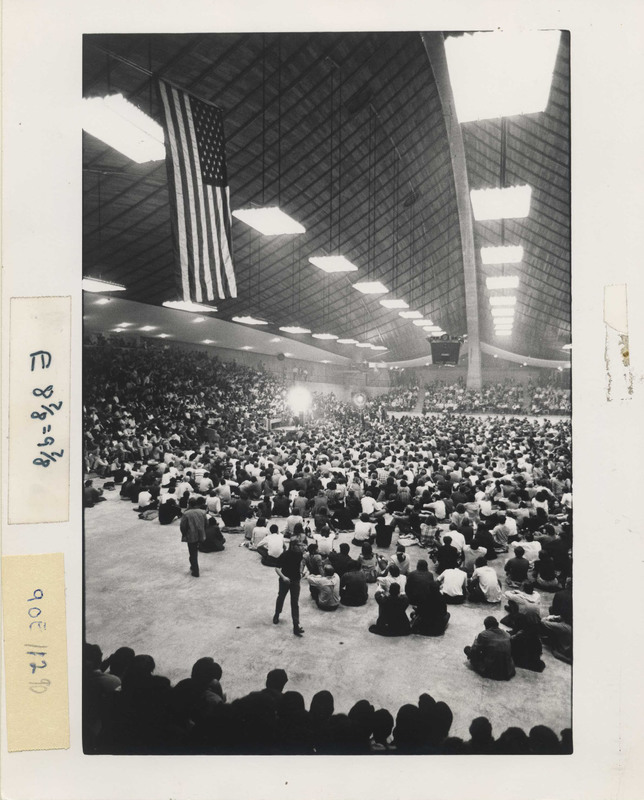 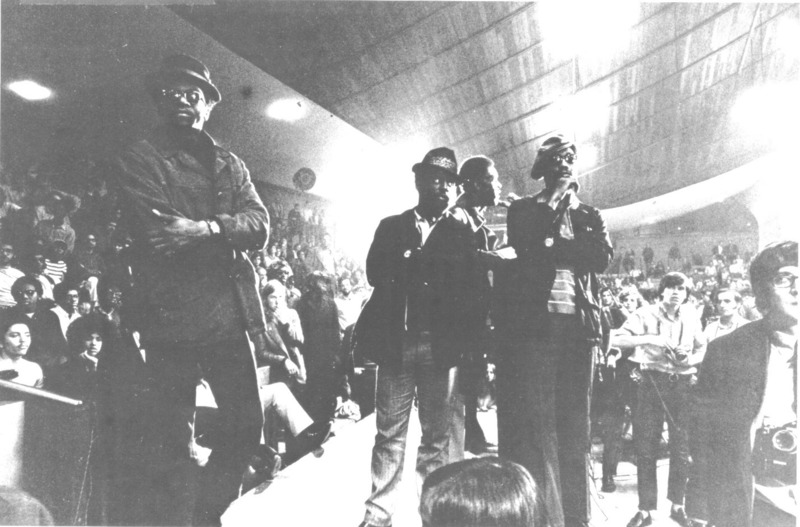 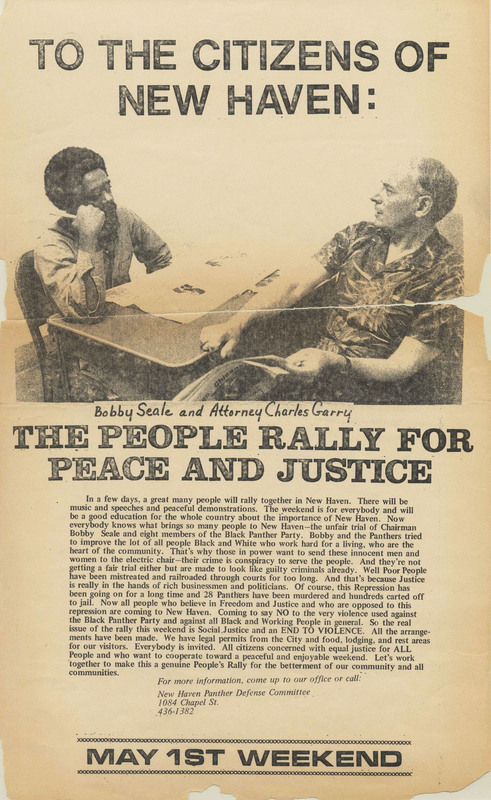 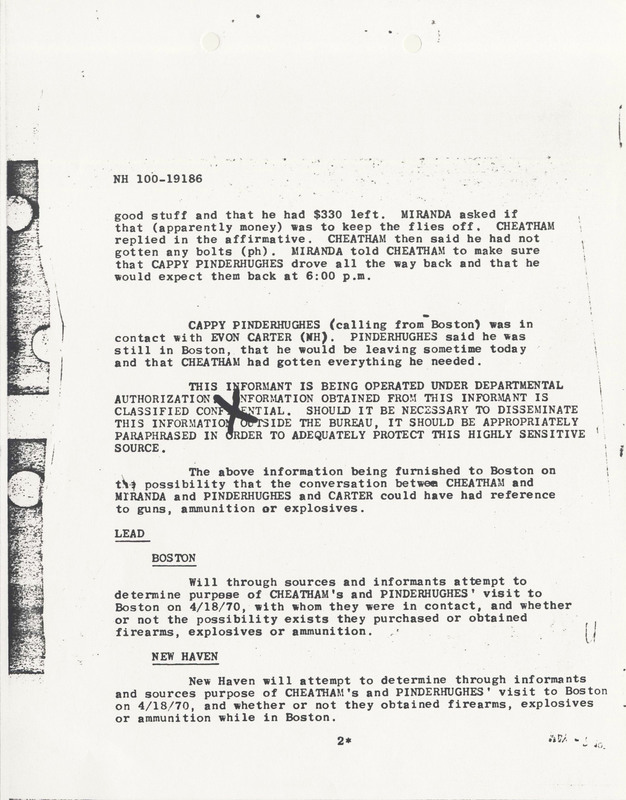 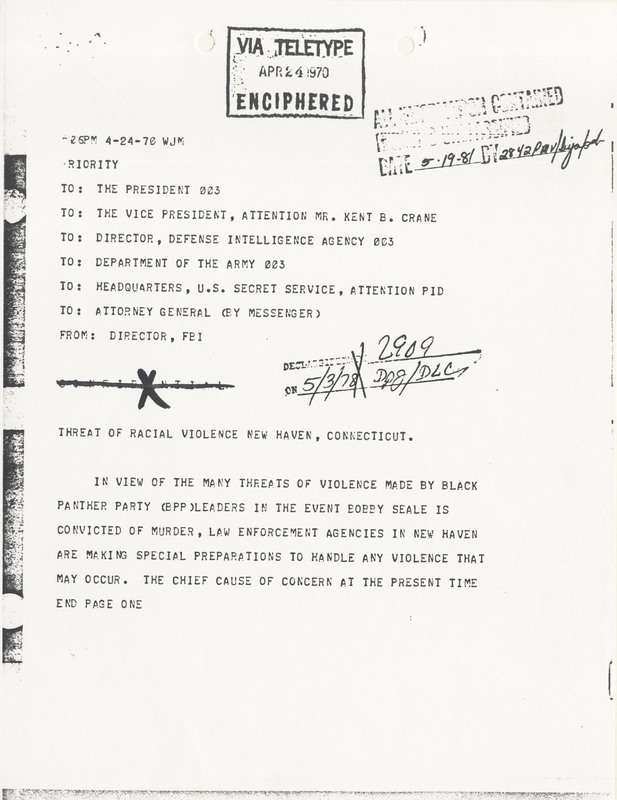 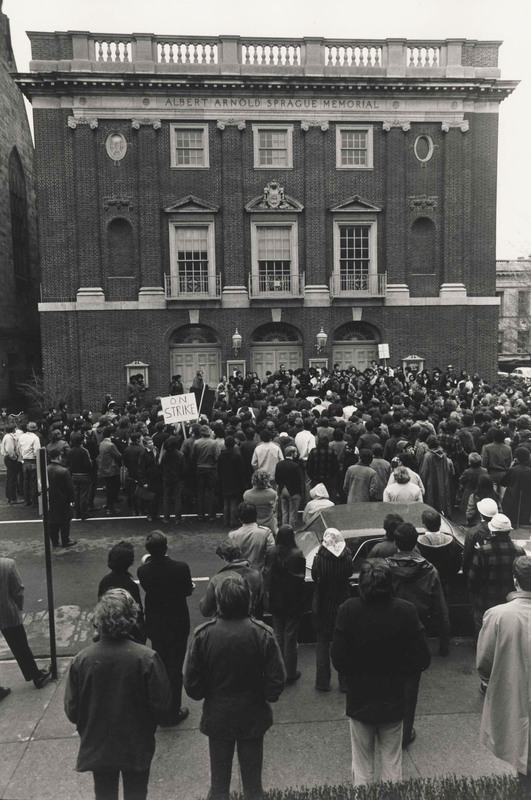 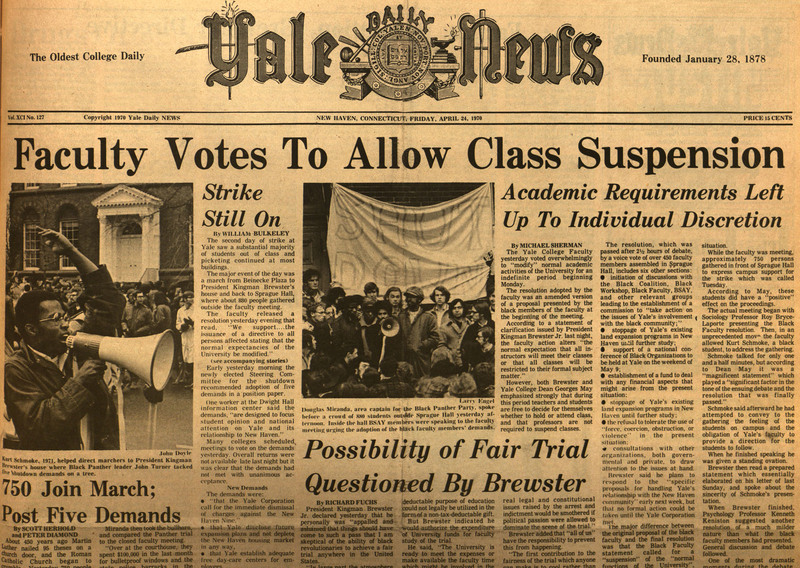