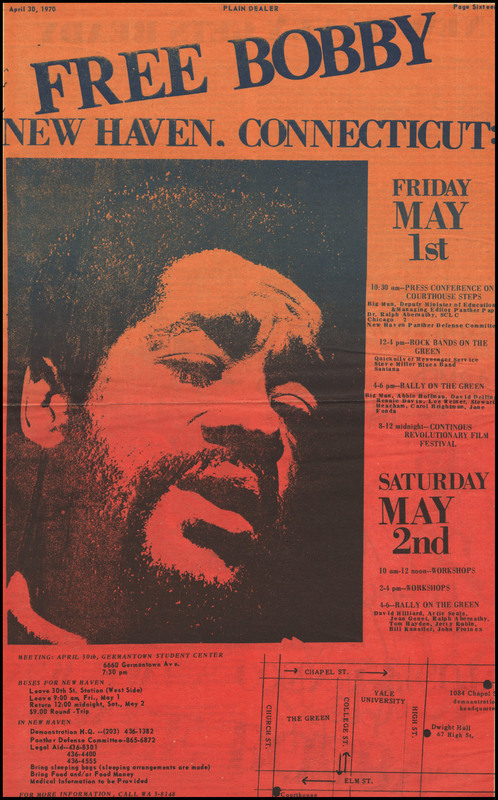 The days leading up to the rally were characterized by cohesion at Yale and in New Haven around a desire for a non-violent protest. One by one each residential college voted to open its doors to rally attendees, offering hot meals, daycare, places to sleep, and as it turned out, a safe haven from tear gas.

Student editorials, press releases, and broadsides illustrate the strong emotions prevalent across campus and community and reflect the increasingly common notion, shared by local Black Panther leaders, that a peaceful May Day event was the most productive way to draw attention to the injustices many felt were playing out in a New Haven courtroom.  As locals hoped for the best and prepared for the worst, protesters from around the country made plans to join in the May Day rally in New Haven. 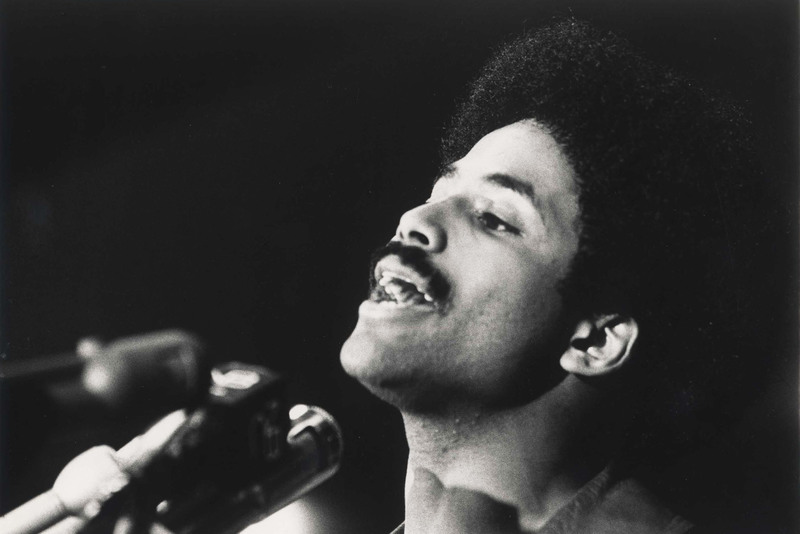 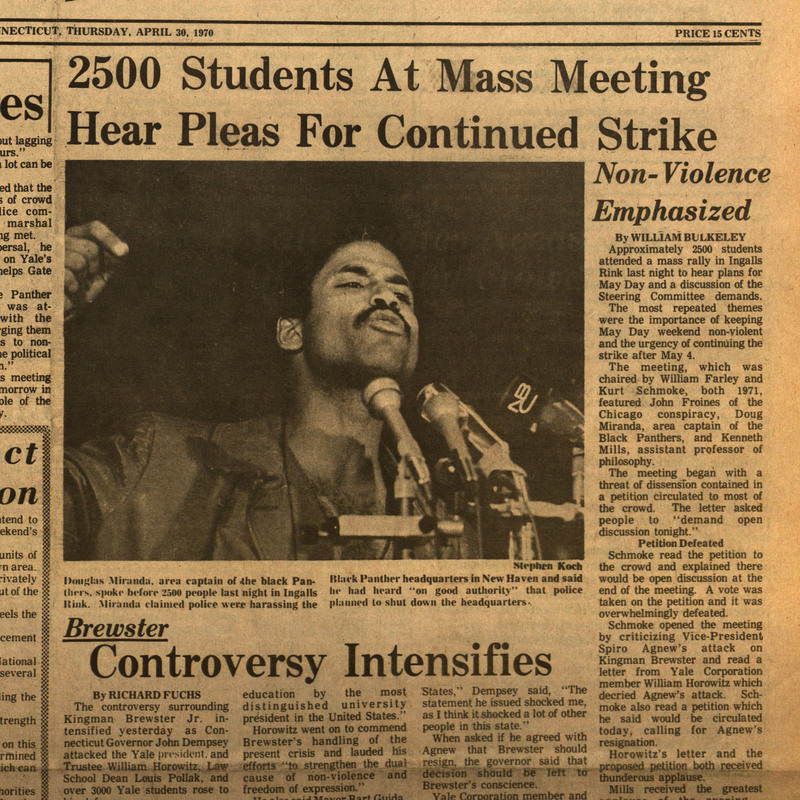 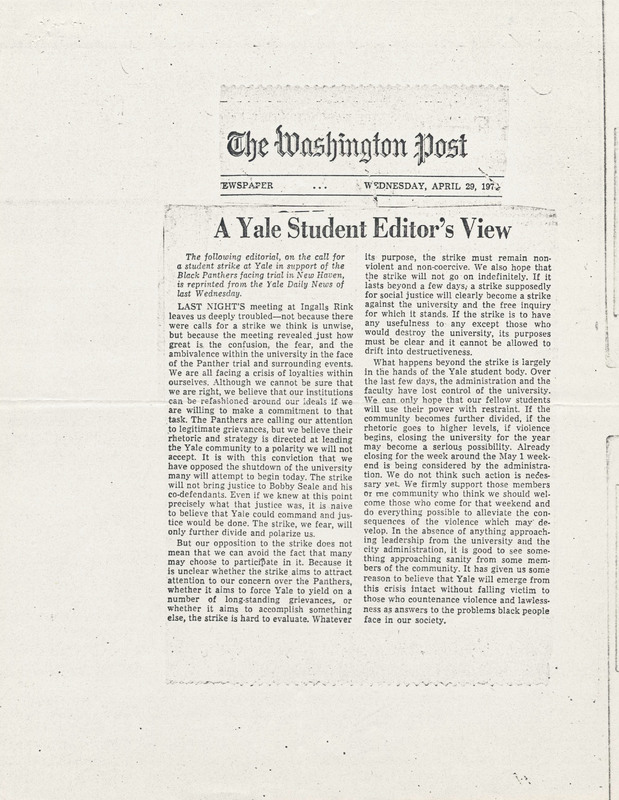 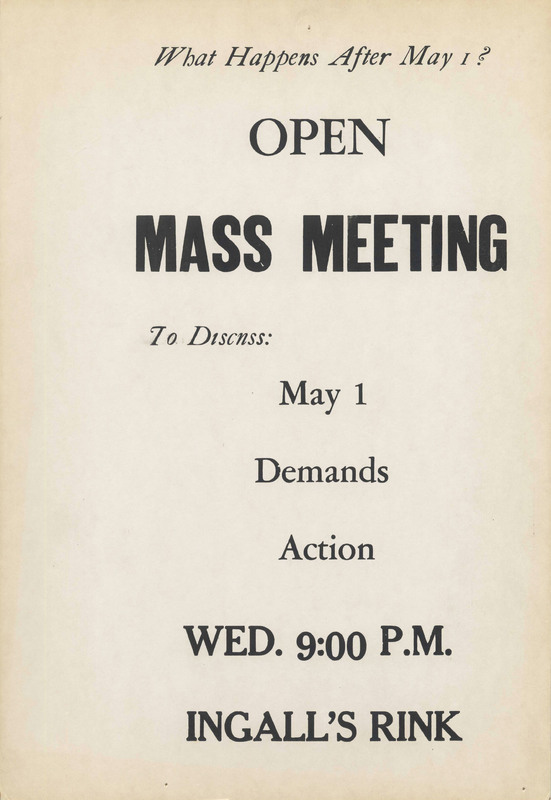 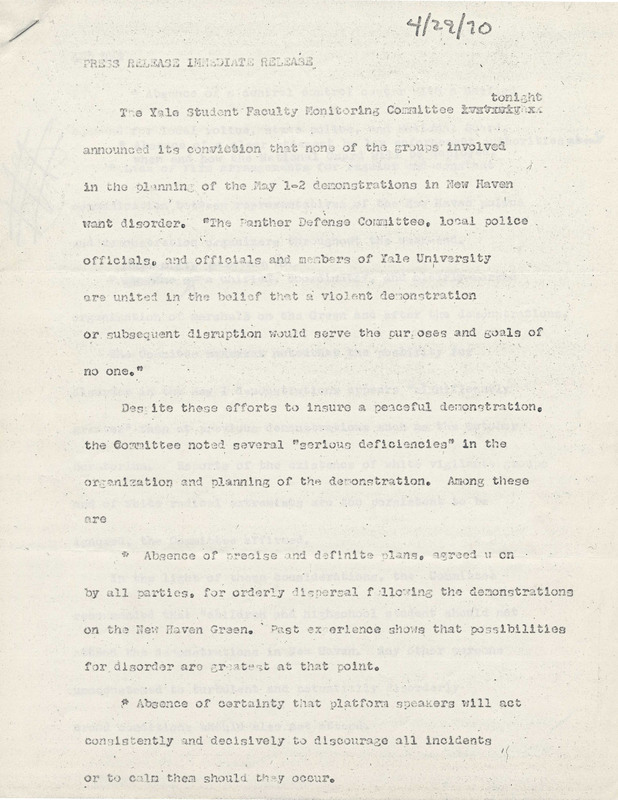 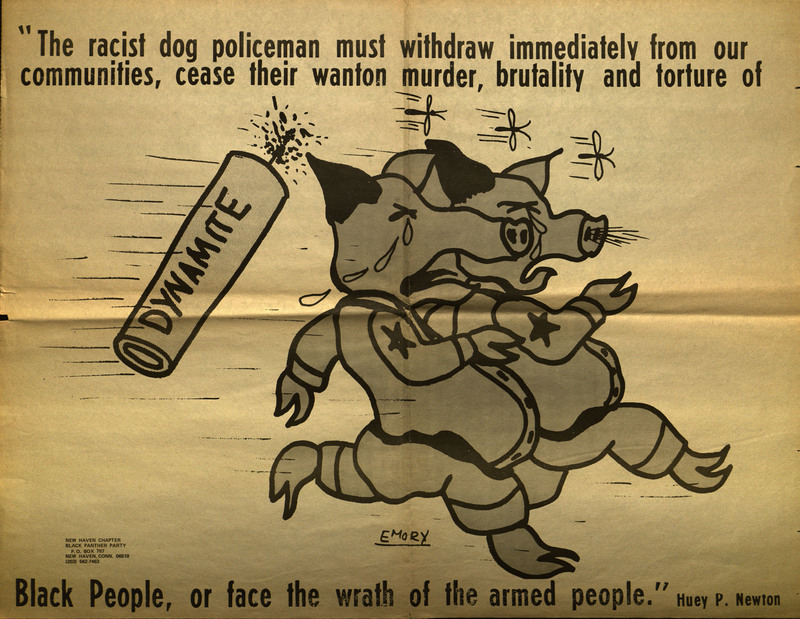 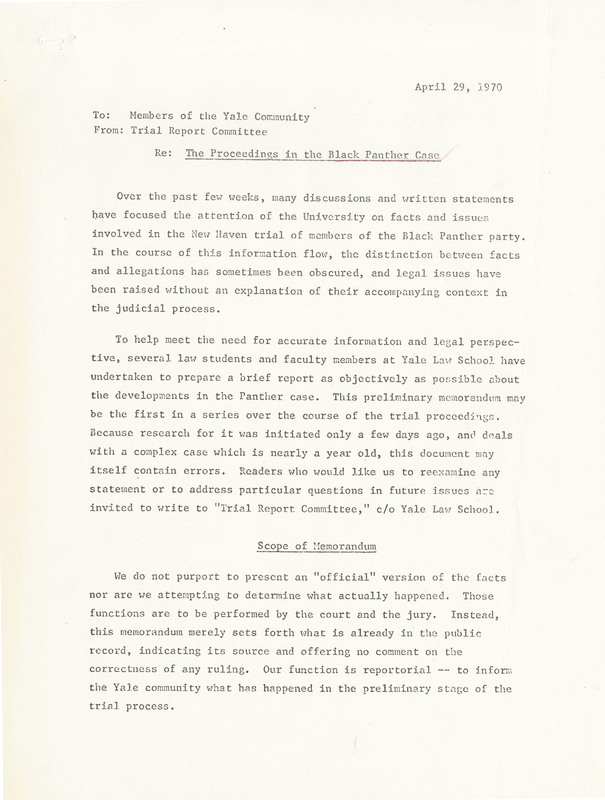 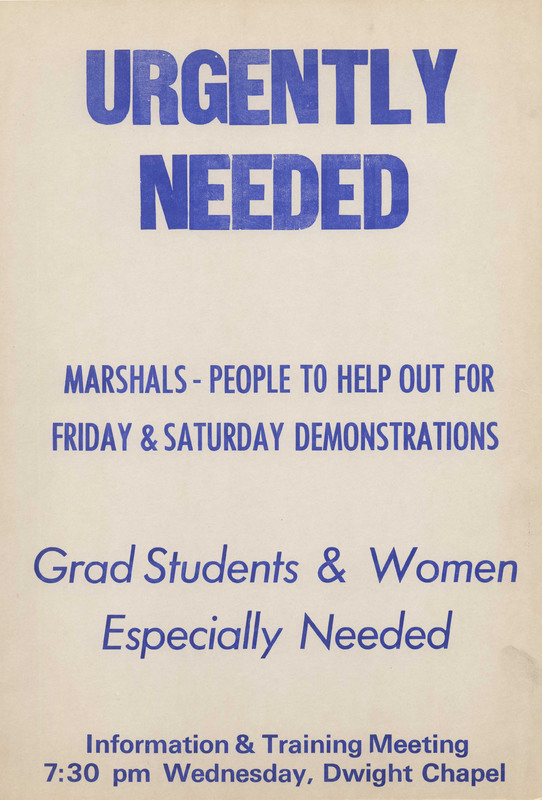