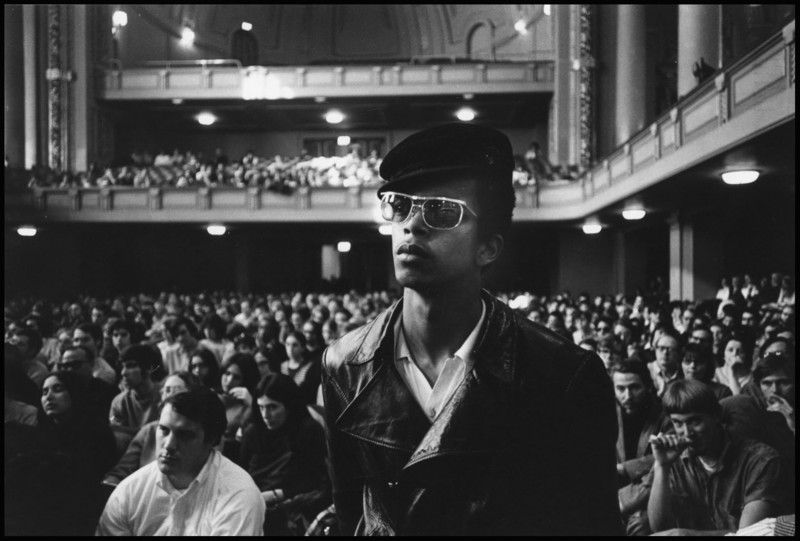 Broader discontent with the status quo was expressed in increasingly visible ways at Yale throughout 1968 and 1969.  The incorporation of women and racial minorities into the overwhelmingly white and male student body, faculty, and administration increased dramatically during this period, under the proactive guidance of Kingman Brewster, Jr., Yale’s president. At the same time labor dissatisfaction over the university’s treatment of women and minority employees festered.

Under its director, J. Edgar Hoover, the FBI had for nearly two decades conducted covert, sometimes illegal surveillance, infiltration, harassment, and disruption of domestic organizations and individuals considered subversive. By early 1970 suspicion and distrust were rampant. The beginning of the New Haven trials of nine Black Panther Party members arrested for the 1969 Rackley murder appeared to many an extension of the FBI’s dirty tactics 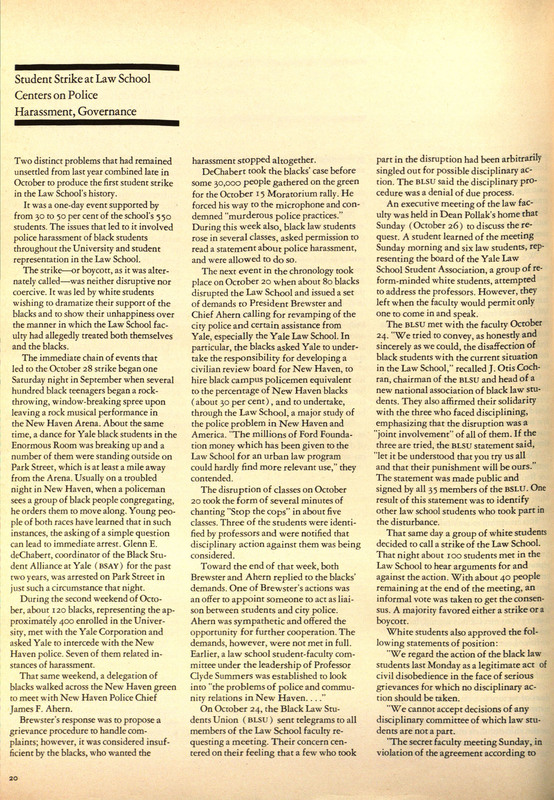 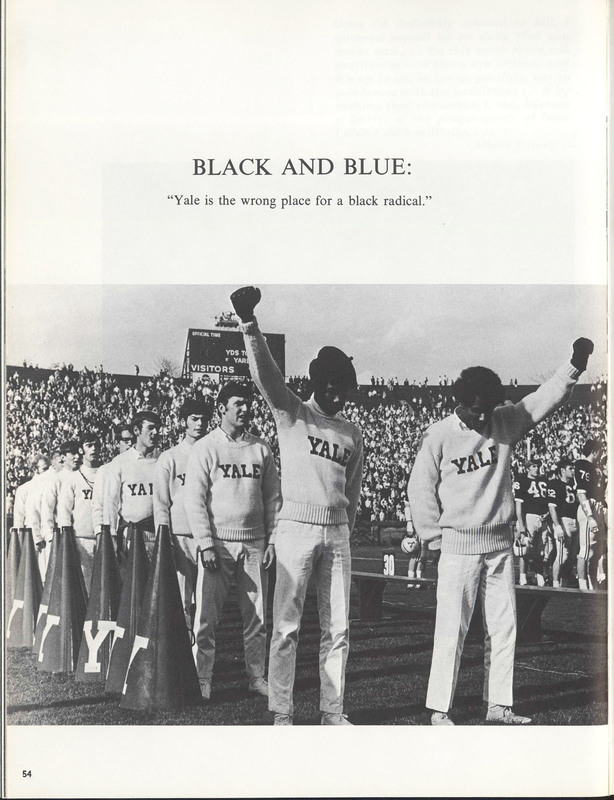 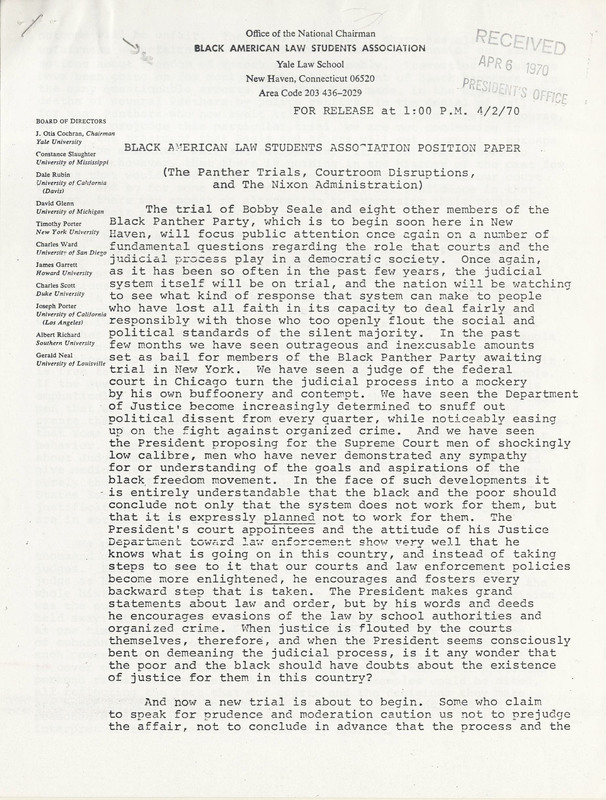 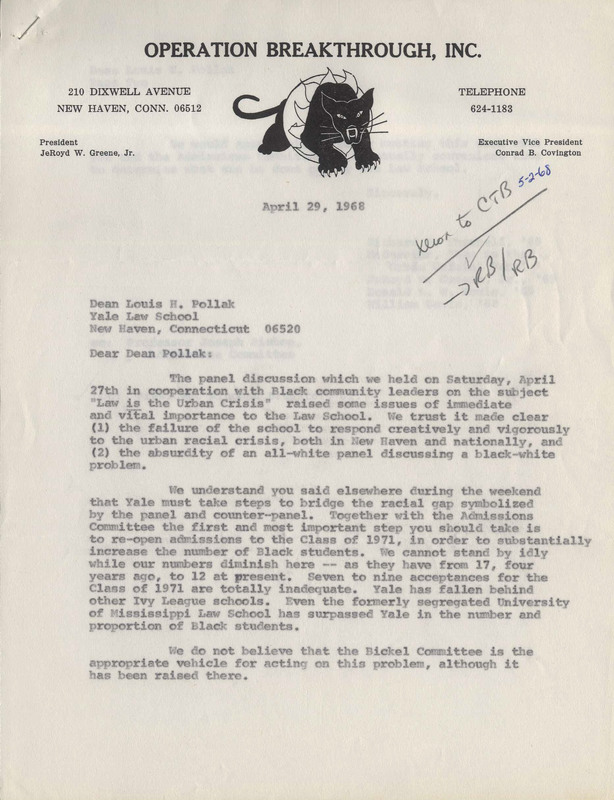 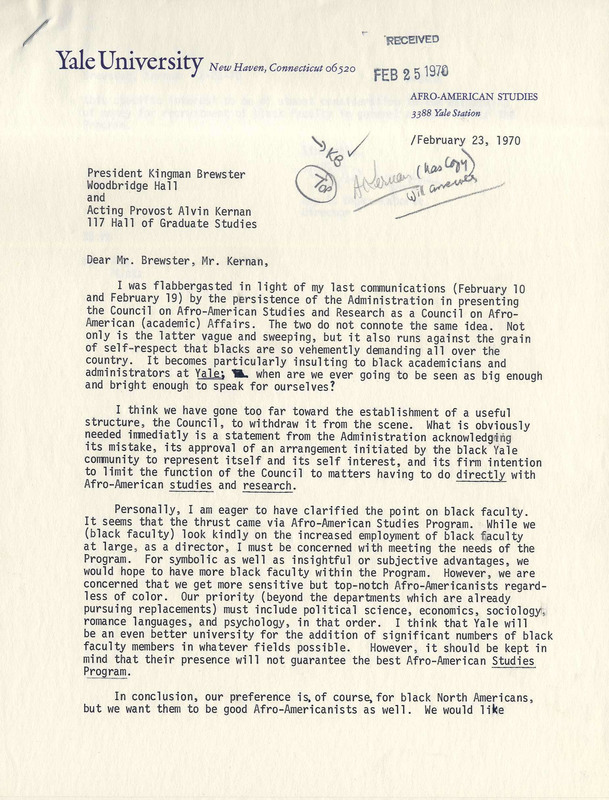 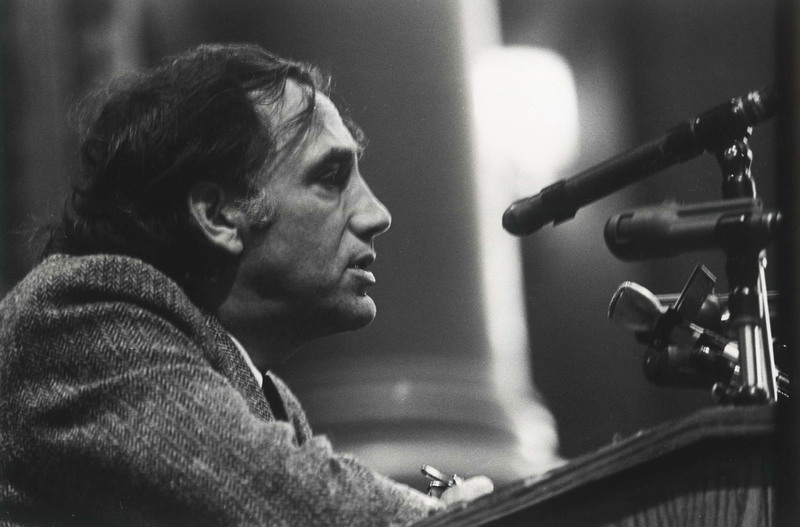 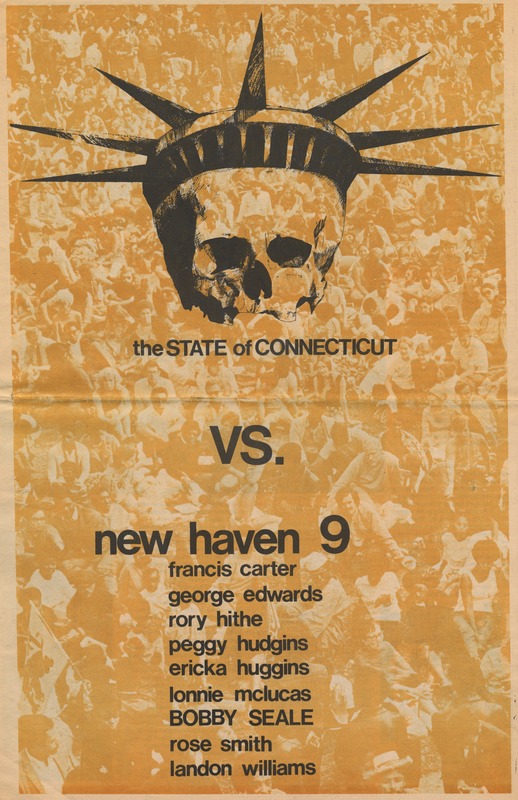 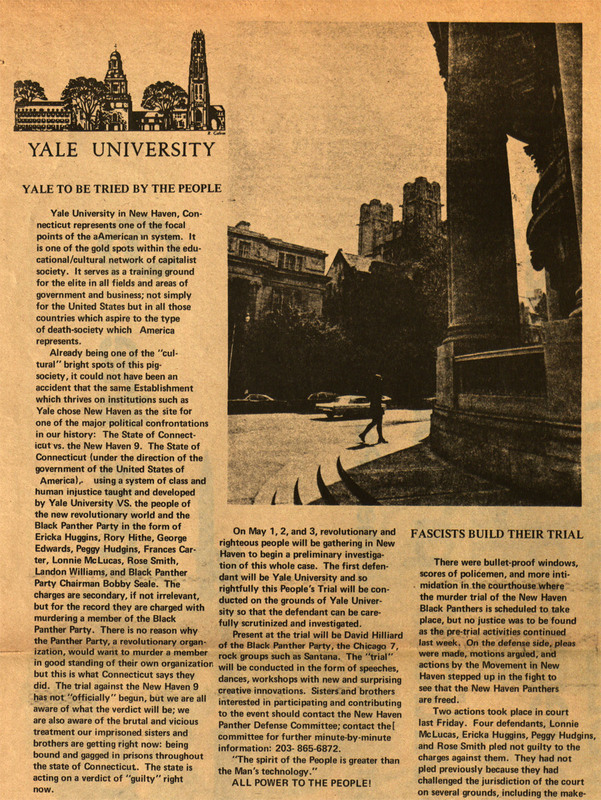 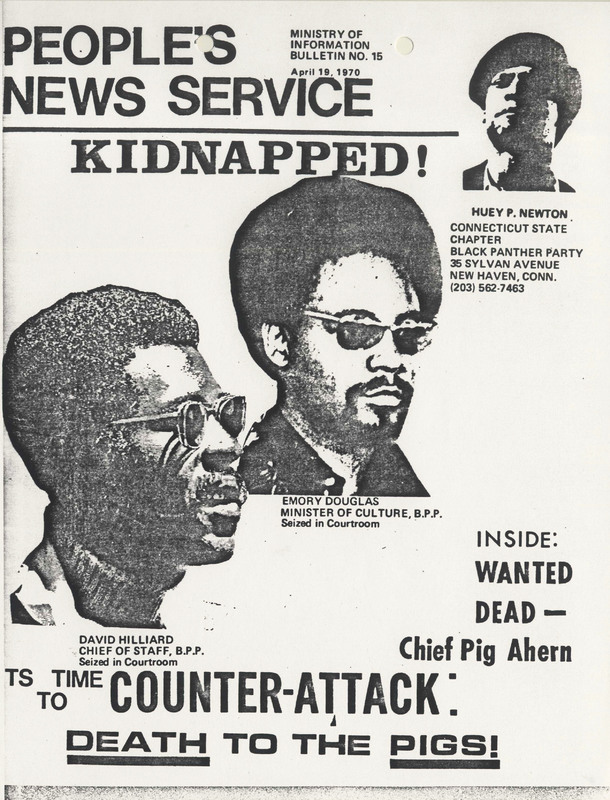 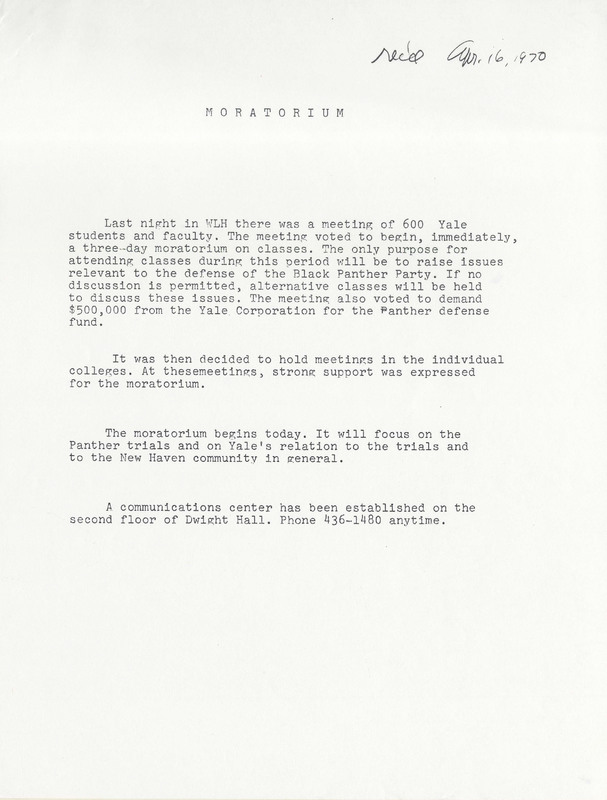 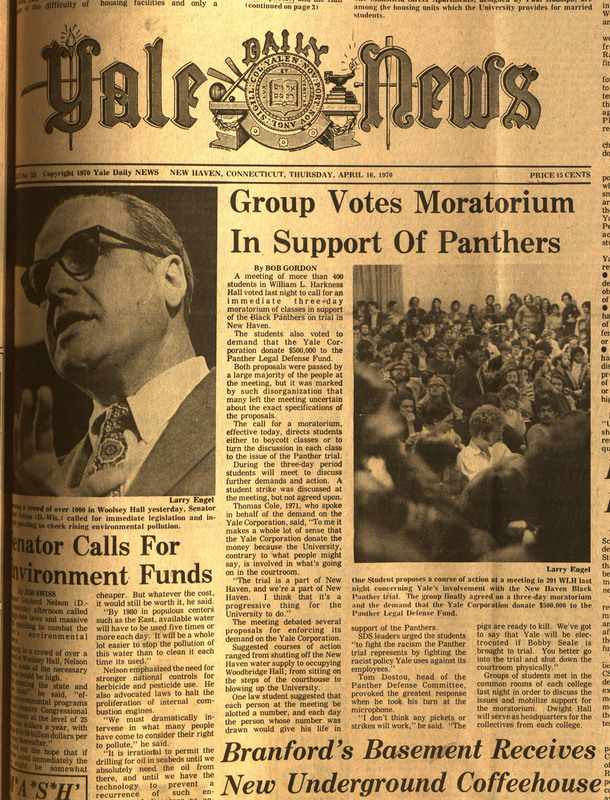 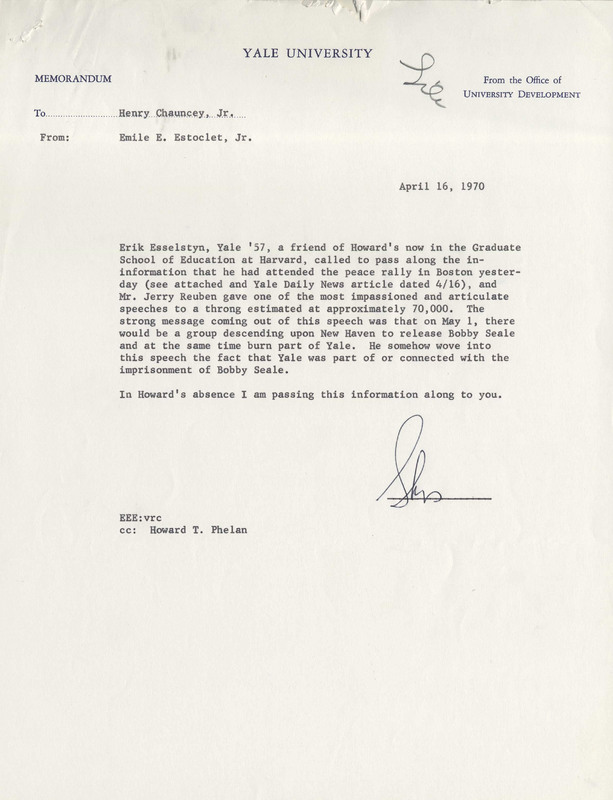 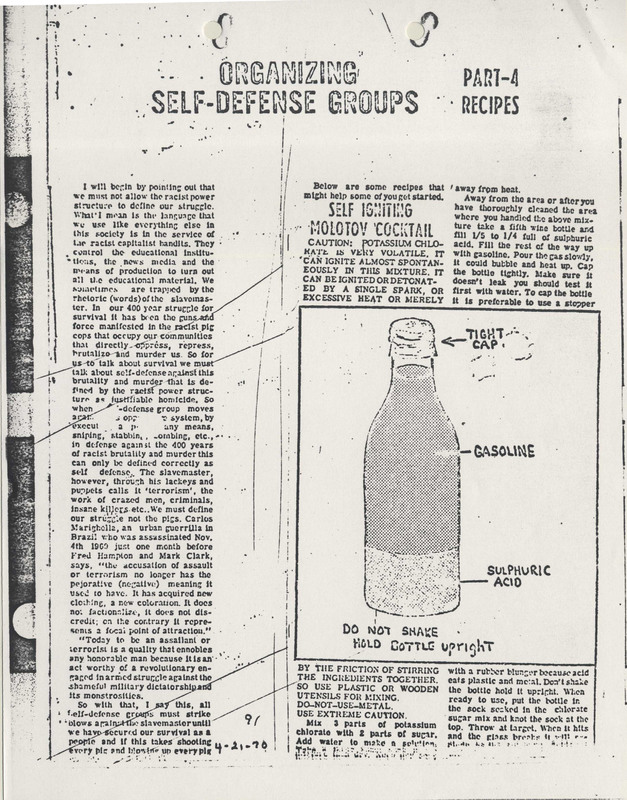