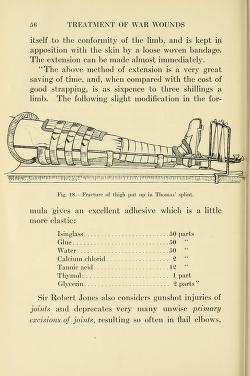 From W.W. Keen. The Treatment of War Wounds. Philadelphia, 1918.

For World War I, ideas of the front lines entered the popular imagination through works as disparate as All Quiet on the Western Front and “Blackadder.” The strain and the boredom of trench warfare are part of our collective memory; the drama of war comes from two sources: mustard gas and machine guns. The use of chemical weapons and the mechanization of shooting brought horror to men’s lives at the front. Yet they were not the greatest source of casualties. By far, artillery was the biggest killer in World War I, and provided the greatest source of war wounded. 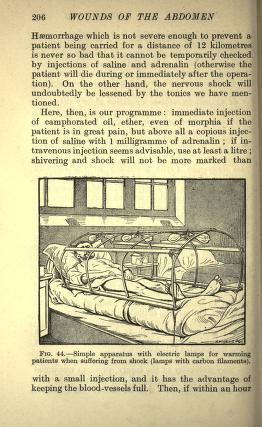 World War I was an artillery war. In his book Trench: A History of Trench Warfare on the Western Front (2010), Stephen Bull concluded that in the western front, artillery was the biggest killer, responsible for “two-thirds of all deaths and injuries.” Of this total, perhaps a third resulted in death, two-thirds in injuries. Artillery wounded the whole body. If not entirely obliterated, the body was often dismembered, losing arms, legs, ears, noses, and even faces. Even when there was not superficial damage, concussive injuries and “shell shock” put many men out of action. Of course, shooting—in combat as well as from snipers—was another great source of wounding. Gas attacks were a third. Phosgene, chlorine, mustard gas, and tear gas debilitated more than killed, though many ended up suffering long-term disability. Overall the war claimed about 10M military dead, and about 20M–21M military wounded, with perhaps 5% of those wounds life-debilitating, that is, about a million persons. 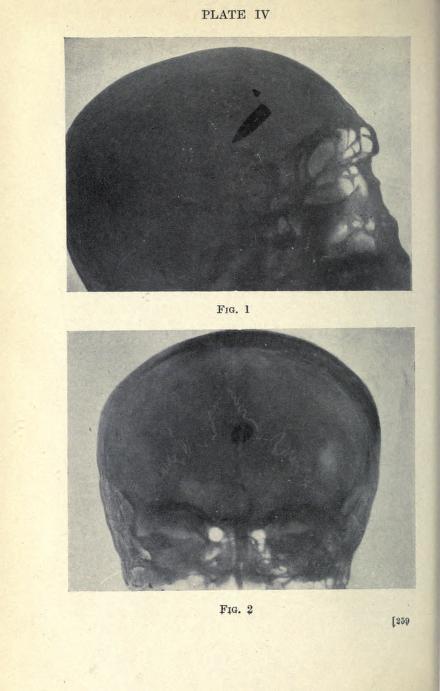 X-ray of head wound, from: Louis Ombredanne, Localisation and Extraction of Projectiles. London, 1918.

Outcomes depended on getting treatment quickly. Evacuation and triage became watchwords of the war-wounded. For the British Army, for example, the Royal Army Medical Corps developed an extensive system to move wounded from the front to the rear, with triage at each step. Stretcher bearers evacuated the wounded to Regimental Aid Posts (RAP)—or at least those that they had the means to move, for when stretcher-bearers were few, the worst cases were left on the field of battle. In one report of a man severely wounded in the abdomen, “Since ‘death awaited him with certainty . . . I gave him a hypodermic of morphia and we propped him up as comfortably as we could’ and left him there.” Behind the RAPs were Advanced Dressing Stations, then further back Main Dressing Stations, and finally, Casualty Clearing Stations. Each move to the rear—always challenging in itself—was based on an assessment of the injury and the chances of survival. The lightly wounded—those likely to recover quickly—and the “moribund”—those likely to die—were kept, and the others sent on. Each station provided stabilization and immediate care, with some basic surgeries, such as amputation, at Casualty Clearing Stations. More advanced treatment occurred at hospitals, either back in Britain or in France. As the war wore on, more of the wounded were kept in France, at hospitals far back from the lines. This was to use less transport and to maintain military morale, with the goal of returning the men to the front as quickly as possible. And indeed, American medical entry into the war came first in the form of hospitals. “The first six [mobile hospitals] to arrive in France took over British General Hospitals and provided hospital level care for the British. Other American hospitals arriving later in the summer of 1917, remained assigned to the American forces.” The Allied pattern of medical triage and evacuation became the model for American efforts.

How well did the system work? “War is a matter of expedients.” The medical operation was persistently understaffed and under-resourced. In the latter part of the war, as the static front changed to a dynamic one, some medical units had difficulty achieving the mobility needed. And inevitably, given the need continually to evaluate the severity of wounds, and the difficulty of transport, some men ended up in the wrong place, with some facilities too crowded, and others underused. Finally, in 1918 the medical system began to be overrun with influenza cases. Overall, though, the magnitude of the challenge needs to be kept in mind. In just the American experience, for an army that numbered almost 2M men in France at the end of the war, 1.2M men passed through the medical system, with about quarter million military wounded. That is an astounding number for which to provide medical services under severe stress.

Interested in reading more accounts of those wounded in war?  See these free downloadable books from World War 1!