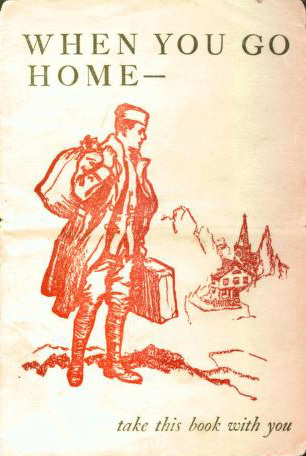 A quiet way of discussing venereal disease, in this discreet pamphlet: War Department, Commission on Training Camp Activities. When You Go Home - take this book with you. 1918.

Before the war, there was a major discovery for the treatment of sexually transmitted diseases: in 1914, medical researchers discovered both the means to identify and curing syphilis at an early stage. In the midst of this discovery, however, other venereal diseases, such as gonorrohoea, were starting to spread widely. Because it was understood as a moral issue, both its prevention and treatment were difficult to be achieved. Many political actors in the United States and Europe believed that the only way of preventing venereal diseases was to promote abstinence, so they developed different methods to coerce soldiers not to have sex. 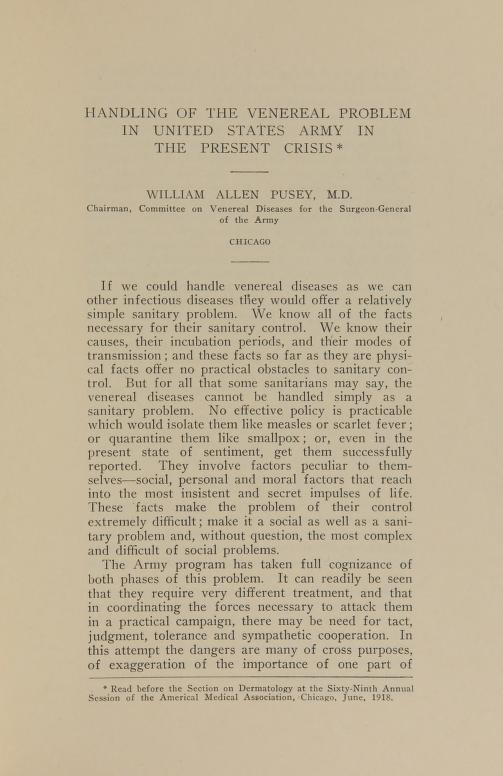 Opening of William Pusey. Handling of the venereal problem in United States Army in the present crisis. Chicago, 1918.

The American War Department opted for a different procedure. They believed that the only way to reduce venereal diseases was the army's use of direct medical prophylaxis. To make sure this policy would be implemented, they ordered that any soldier who failed to get treatment, and developed later a disease, would face trial and imprisonment. In this way, the Americans became the model by which other allies, as in the case of the British and French, would built their own policies for prevention.